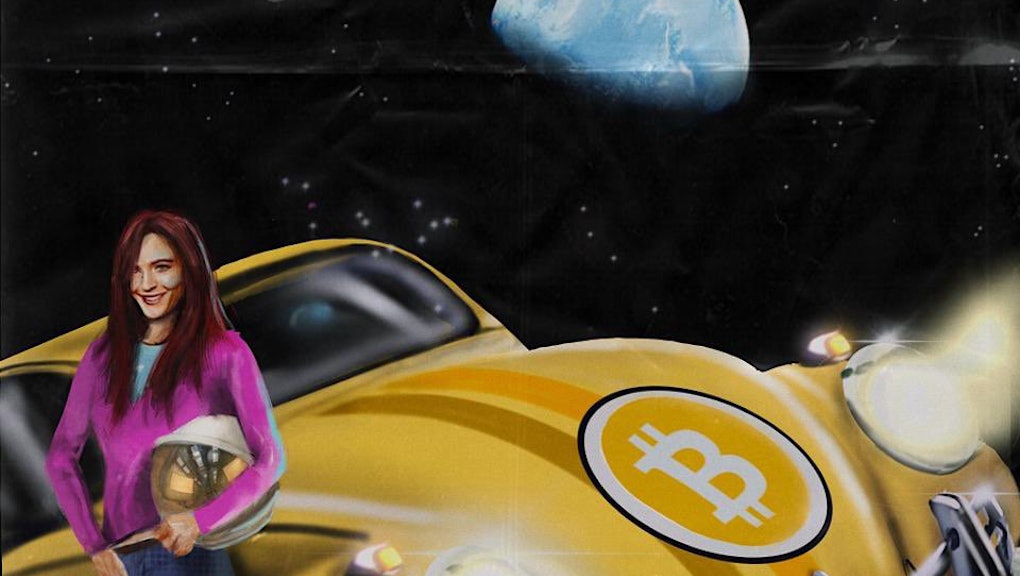 Maybe the pandemic — and society’s newfound comfort with digitized life — led to the NFT craze currently sweeping the collectibles market. For the uninitiated, NFTs are essentially certificates of ownership of a digital asset (it could be a GIF made by Grimes of a flying baby or a video clip of LeBron executing a single-handed dunk) backed up by blockchain technology. When a commodity is bought and sold, transaction records are recorded in a digital ledger.

Just about anything can be an NFT, which stands for non-fungible token. “Fungible” just means replaceable, as in a product that could be traded for an identical item. Dollar bills are fungible. By contrast, the Mona Lisa is non-fungible, meaning you couldn’t saunter up to the Louvre and offer to swap the painting for a keychain with a picture of the Mona Lisa on it.

The NFT boom is great for digital artists, who’ve long been dismissed by serious collectors, by assigning value to work that isn’t a physical commodity. On the flip side, as with all cryptocurrency mining, NFTs are terrible for the environment. The computing power needed to support the underlying Bitcoin network, for example, uses nearly as much energy in a year as the entire country of Argentina.

Anyhow, the likes of NBA Top Shot and Kings of Leon have opened the NFT floodgates. Now anything can be turned into an NFT and sold for six or (if you’re lucky) seven figures. In a world where something that can be seen reproduced infinitely while simultaneously existing in only one official form, it's unsurprising that there have been more than a few bizarre moments. Here are some of the weirdest commodities bought and sold so far:

As mentioned, Grimes was one of the first celebrities to hop on the NFT bandwagon — not particularly surprising considering her baby daddy is tech mogul Elon Musk. Grimes, born Claire Boucher, sold a suite of her digital artworks as NFTs in late February, netting her a cool $5.8 million. But turning just one of those pieces, with 303 editions, into an NFT produced an estimated 70 metric tons of carbon dioxide emissions. That’s about the equivalent of the electricity used by 10 homes in the course of a year. Yikes. At least the artist donated a portion of proceeds to Carbon180, an NGO focused on reducing carbon emissions.

Back in November, Mike Winkelmann, a.k.a. the digital artist Beeple, sold an NFT titled Crossroads that changed based on the outcome of the 2020 election. If Trump retained office, the artwork depicted him muscle-bound and naked, stomping through hell. If Biden won, the 10-second video would depict the 45th president’s lifeless and graffiti-covered corpse sprawled in a park. The first time around, someone bought Crossroads for $66,666.60, but in late February, it was resold on the secondary market for a whopping $6.6 million.

Relatedly, Christie’s is the first major auction house to sell digital work as an NFT, and naturally it’s Beeple’s “opus,” as Christie's is calling it. Every day for more than 13 years, the artist has posted an original piece on Instagram. The work being auctioned, EVERYDAYS: THE FIRST 5000 DAYS, is a collage of all 5,000 images. With two days left, the highest bid is just under $10 million.

On March 3, masked men set fire to a Banksy print somewhere in Brooklyn and livestreamed it on Twitter. Why? To turn the work into an NFT and quadruple its value. You see, a company called Injective Protocol bought the screenprint, titled Morons (White), for $95,000 for the express purpose of destroying it and replacing it with a digital copy. Their stunt paid off, literally, when the new work sold for $382,336. “We specifically chose a Banksy piece since he has previously shredded one of his own artworks at an auction,” Injective Protocol executive Mirza Uddin told The Guardian. (Fittingly, Banksy’s Morons (White) depicts a painting up for auction that bears the words, “I can’t believe you morons actually buy this shit.”)

Aside from digital art, another surprising bit of ephemera made valuable by NFTs are artifacts from the history of the internet. Nyan Cat became a viral meme in 2011, depicting a Pop Tart-bodied cat whisking through space leaving a rainbow trail in its precious, pixelated wake. In late February, Nyan Cat's creator Chris Torres sold the NFT version for roughly $580,000. “I feel like I’ve opened the floodgates,” he told the The New York Times.

Similarly, Twitter founder Jack Dorsey listed his famous first tweet as an NFT on March 5, and people are chomping at the bit to own the legendary phrase: "just setting up my twttr." The auction ends March 21 and the highest bid is already $2.5 million. At least the billionaire is, he says, donating the proceeds to charity.

Whenever something trends online, you can bet your bottom dollar that brands will hop on the bandwagon posthaste. Taco Bell is no stranger to taking big swings in the name of buzz, so it's not entirely surprising that they're the first corporate entity to get into NFTs. And guess what? The fast-food restaurant's suite of taco-themed GIFs sold out in 30 minutes flat. (Proceeds are going towards the Live Más Scholarship through the Taco Bell Foundation.)

Perhaps I underestimated her. (Perhaps we all have.) But Lindsay Lohan is leaning full-tilt into the NFT trade, thus far releasing a handful of crypto-backed portraits of herself. I have so many questions.

Want to dress like Shawn Mendes, at least in the digital realm? At the beginning of March, the popular singer-songwriter launched a line of NFTs modeled after his most iconic accessories. The idea is for fans to be able to own copies of his iconic Fender guitar, his gold ring, and the embellished vest he wore on tour.