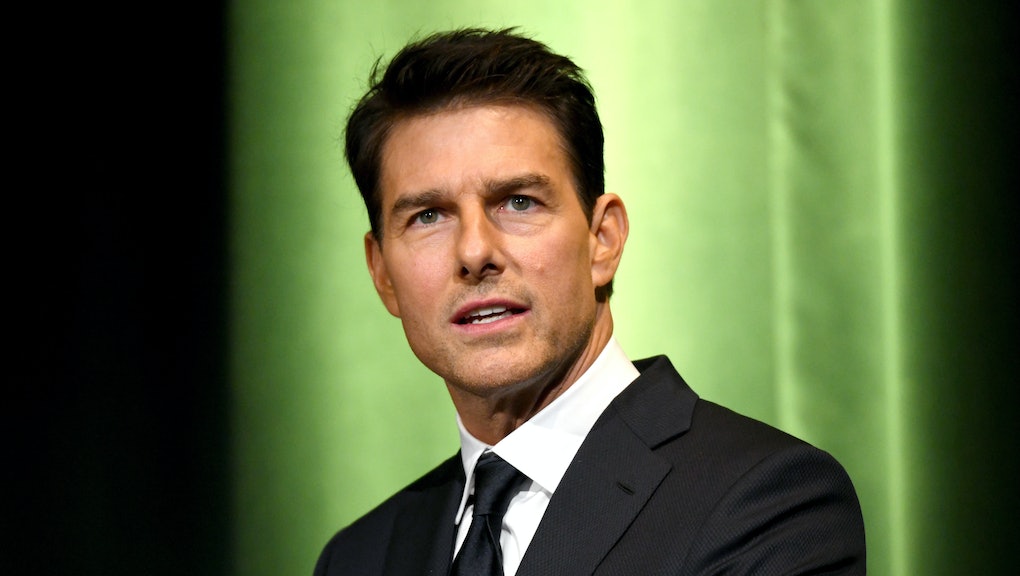 Tom Cruise is in a space race with Russia, because nothing surprises us anymore

Almost exactly a year ago, Tom Cruise unveiled his ambitions to star in the first movie made in space. In May 2020, NASA confirmed they were partnering with SpaceX to send the superstar actor along with director Doug Liman to the International Space Station, where they'd make history as the first artists to shoot a narrative film in orbit. But in a very, uh, characteristic turn of events, Russia is conspiring to beat Cruise and Hollywood at the entertainment space race.

The Russian space agency Roscosmos just announced it's sending its own actor-director duo to the ISS in early October — the same month Cruise and Liman are scheduled to be there. Actor Yulia Peresild, 36, and director Klim Shipenko, 37, will start "space camp" in early June, putting them through the paces of centrifuge tests and zero gravity flights. Their training will be documented in a reality show of sorts for one of Russia's major TV stations, Channel One. Gotta say, it sounds like great content. I, for one, would binge the heck out of a Netflix docu-series following Cruise's space training. Free ideas, y'all.

Industry watchdogs have known Russia's space movie was in the works for a while. Roscosmos posted a casting announcement in November 2020, looking for "a real superhero to go to the stars… at the same time as becoming a big international star." The female lead in question had to be a Russian citizen between 25 and 40 years old, weighing between 110 and 150 pounds, with a "chest girth" of up to 44 inches. Athletic ability was required: "She must be able to run 1km in three and a half minutes or less, swim 800 metres freestyle in 20 minutes, and dive from a 3-metre springboard with an impressive technique," the ad read.

No previous acting experience was necessary, though Peresild has appeared in popular Russian TV series and a number of patriotic war films. We don't know much about the plot of Russia's orbital film (or Cruise's, for that matter), but we do know that it's a "space drama" aiming to “popularize Russia’s space activities, as well as glorify cosmonaut profession [sic].”

Personally, I don't understand why Russia and Hollywood are poised to fight each other for the title of first film made in space. Why not work together, with Cruise and Peresild cast as rival scientists or love interests or both. Can you imagine if the celebrity face of Scientology managed to broker peace between rival nations? Weirder things have happened in 2021...

Finally, I can't stop thinking about the actual NASA-trained astronauts who'll no doubt have to put up with the commercialization of space. Imagine you're trying to conduct scientific experiments in microgravity or whatever and then Tom Cruise floats by wielding a grappling hook. Frankly, nothing surprises me anymore.