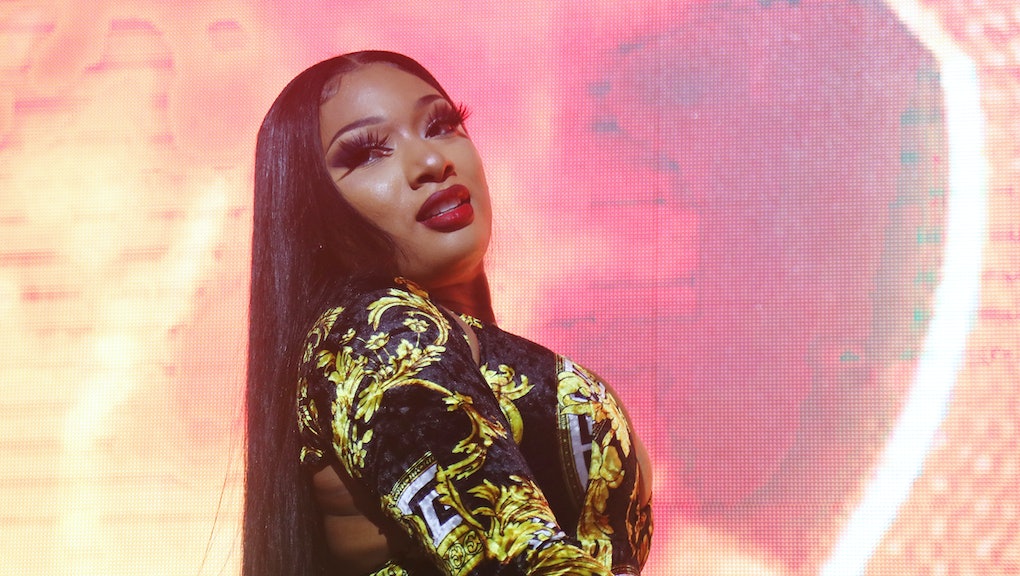 The Los Angeles D.A.’s office reportedly could charge the rapper Tory Lanez with assault for his role in Megan Thee Stallion’s shooting last month. Although it remains unclear who’s responsible for Megan’s gunshot wounds, Lanez was arrested at the time of the incident, but only charged with possession of a firearm.

As TMZ first reported, the D.A.’s office is considering a charge of felony assault with a firearm after prosecutors asked the LAPD to reexamine the case. The story notes that a now-deleted Instagram post, in which Megan posted a graphic photo of her foot injuries and further detailed the incident, could actually bolster Lanez's defense against an assault charge. Since Megan revealed that she was walking away with her back to the car when she was shot, TMZ speculates that Lanez's attorneys might argue that she couldn't have seen that he fired the gun, or alternatively, that it was an accident.

In a better world, Megan would be left to bask in the glow of "WAP"'s runaway success and maintain the Instagram accounts for her painfully cute French bulldogs. But instead, she's been saddled with despicable reactions to her injury and a looming court battle — in addition to a bitter contract dispute from earlier this year. Meg's past two years have made her one of the brightest and fastest rising hip-hop stars in a very long time, and it's a real shame she can't be left to just reap the rewards.