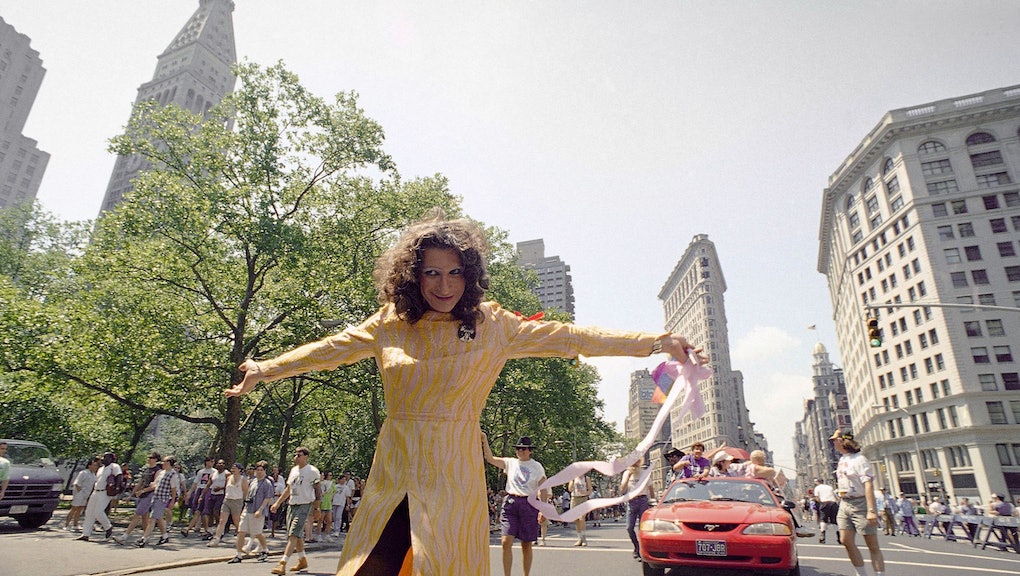 Trans activists Marsha P. Johnson and Sylvia Rivera will get a statue in New York City honoring their work

Decades after their revolutionary work changed New York's LGBTQ+ community forever, two transgender activists, Marsha P. Johnson and Sylvia Rivera, will be honored with a monument in the city. The news was announced on May 30, just before the beginning of Pride month. The New York Times reports that the statue depicting the women will be constructed near the Stonewall Inn, a historic LGBTQ+ landmark that was the center of the famous 1969 riots — fitting, since Johnson is believed to be the person who threw the first object at police during the event.

According to NBC News, the statue has not yet been commissioned, but it will be paid for by a $10 million city fund dedicated to diversifying public art, and is expected to be completed by the end of 2021. Currently, the United States only has one official LGBTQ+ landmark, but earlier in May, New York City introduced an initiative to soon create six more. The monument of Rivera and Johnson will be the world's first permanent public artwork dedicated to transgender women.

Those involved with the project hope the statue, placed near one of the LGBTQ+ movement's most recognizable landmarks, will be a testament to the city's continued celebration and protection of queer people. “Transgender and non-binary communities are reeling from violent and discriminatory attacks across the country,” said New York City mayor Bill de Blasio in a statement about the statue. “Here in New York City, we are sending a clear message: we see you for who you are, we celebrate you, and we will protect you.”

Johnson and Rivera met in 1963, and throughout their lives, the two women became essential figures in the fight for LGBTQ+ equality. They both experienced homelessness and prostitution, and in 1970, they founded the Street Transvestite Action Revolutionaries (STAR), an organization that helped young queer and trans people financially support themselves. Together, they lobbied the Gay Activists Alliance to include housing reform and transgender rights in their platform, and both Johnson and Rivera were known for their tireless work advocating for homeless LGBTQ+ youth and people affected by the HIV/ AIDS epidemic.

Johnson died in 1992 at the age of 47; her body was found in the Hudson River, and her cause of death was never determined. After she died, Rivera — who, The Root reports, said in an interview after Johnson's passing that "when she died, part of me went with her” — became a part of Transy House, a shelter for transgender youth in Brooklyn. Rivera died at the age of 50 in 2002, from cancer.

Despite their incredible work, Johnson, who was Black, and Rivera, who was Latina, have often been excluded from narratives about LGBTQ+ activism due to their identities as non-white trans women. To some members of the movement early on, transgender rights were not deemed an important part of the fight, a notion that both Johnson and Rivera condemned. “Hell hath no fury like a drag queen scorned,” Rivera once notably said about trans people being excluded, according to the Times. Johnson, meanwhile, was highly critical of the gay rights movement throughout her life, even calling a 1973 gay rights rally “a white, middle-class club”, per the 2017 documentary The Death and Life of Martha Johnson.

While their work is now widely recognized as pivotal, especially for transgender people, the women were far too often pushed to the sidelines of the LGBTQ+ movement during their lives. In discussing the new statue, New York First Lady Chirlane McCray told the NYT that the monument will not only give the Stonewall Riots "a name and a face," but address the fact that “the L.G.B.T.Q. movement was portrayed very much as a white, gay male movement." Said McCray, "this monument counters that trend of whitewashing the history.”

The term "whitewashing" can be taken quite literally in this instance — across the street from Stonewall, a white statue of two standing men and two seated women serves as the only monument to the riots, despite many participants being non-white. Soon, though, there will also be the statue of Johnson and Rivera, there to honor groundbreaking women and change erroneous public perception of the LGBTQ+ movement's members.

More like this
Title IX will once again protect against gender identity discrimination
By Rafi Schwartz
Watch GOP Gov. Jim Justice fully combust when asked why he signed a transphobic bill
By Rafi Schwartz
What are neopronouns and how do they honor identity?
By Tracey Anne Duncan
Stay up to date