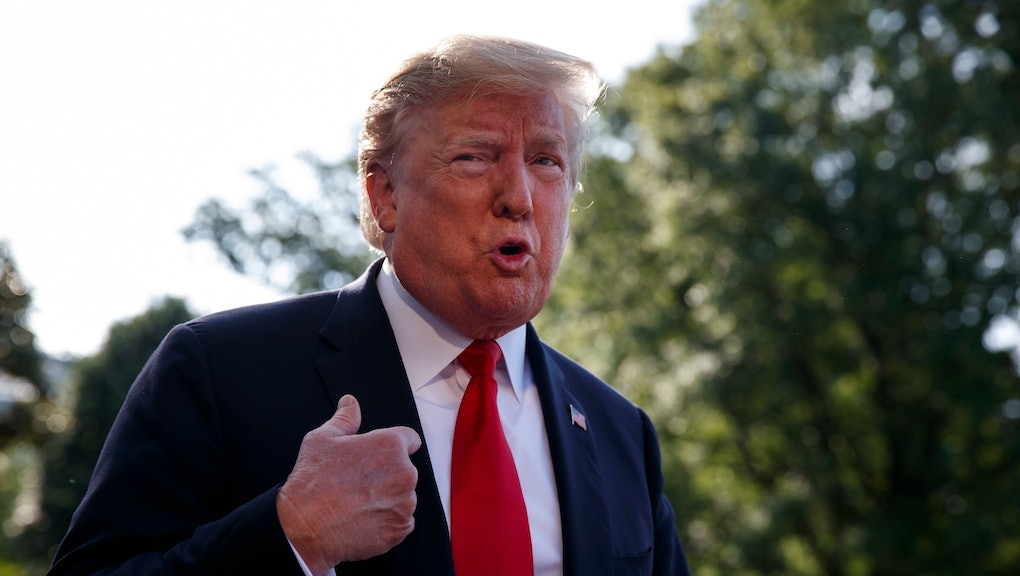 On May 30, President Donald Trump tweeted about the Department of Justice investigation into Russian interference in the 2016 presidential election, and for the first time, alluded that Russia did play a role in helping him win. In his tweet, he declared that he "had nothing to do with Russia helping me to get elected." It was a statement he walked back less than an hour later, telling White House reporters as he left for Colorado Springs that Russia had nothing to do with his victory.

Just one day earlier, the head of the Department of Justice investigation, special counsel Robert Mueller, announced his resignation and return to civilian life. The announcement was Mueller's only public statement in the two years of the investigation. Mueller reiterated the main points of the 448-page report that his team delivered to Attorney General William Barr, including alleging Russian interference with the 2016 election, and that the Department of Justice could not charge the president with any crimes. Mueller made sure to clarify that the report also did not determine Trump to be innocent.

Mueller's statement prompted multiple Democratic presidential candidates to call for Congress to begin impeachment proceedings. Speaker of the House Nancy Pelosi, however, has repeatedly said that she not will move forward with impeachment proceedings at this time. "You don't bring an impeachment unless you have all the facts," Pelosi said during an appearance in California, just hours after Mueller's press conference.

According to the New York Times, after Trump contradicted his own tweet where he credited the Russians with helping win the 2016 presidential election, he began to attack Robert Mueller personally – continuing insults he began online that morning. Both in tweets and to reporters, Trump accused Mueller of taking the job as special counsel because he was not given the job of Director of the FBI.

“I think Mueller is a true never Trumper,” Trump told reporters. “He is somebody that dislikes Donald Trump, he’s somebody that didn’t get a job that he requested that he wanted very badly and then he was appointed.”

Trump's conflicting and bizarre statements regarding Russian interference in the elections on Thursday morning come after years of him denying that Russia had any role in his 2016 victory. In January 2017, just days before he would be sworn into office, Trump tweeted that any report of meddling was "FAKE NEWS."

"I win an election easily, a great 'movement' is verified, and crooked opponents try to belittle our victory with FAKE NEWS," Trump wrote. "A sorry state! … Intelligence agencies should never have allowed this fake news to ‘leak’ into the public. One last shot at me. Are we living in Nazi Germany?”

Trump has repeated similar allegations of "witch hunts" and "fake news" for the past two years, as more and more evidence presented by the United States intelligence community suggested that Russia interfered with the election. His statement on Twitter of "I had nothing to do with Russia helping me to get elected," (which still included both "witch hunt" and "fake news" references) is the first time the president acknowledged that the Russians were involved with his victory over Hillary Clinton.

Though he contradicted his own tweet with a statement to the press less than an hour later, the tweets are still posted to his Twitter account.