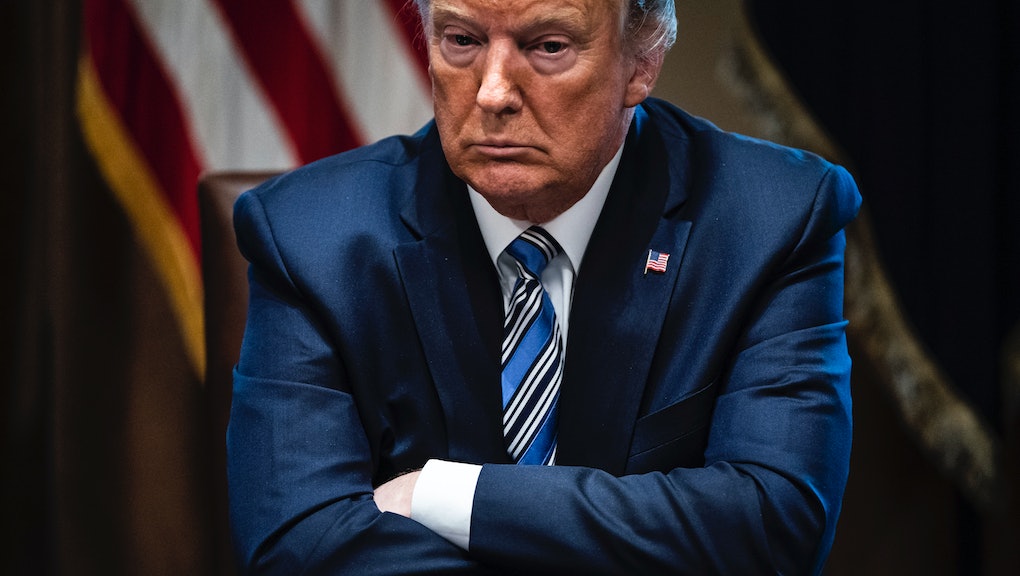 Trump has officially declared a national emergency over coronavirus

After an anemic, panic-inducing response to the blossoming coronavirus pandemic, President Trump on Friday declared the outbreak a "national emergency" — which he described as "two very big words" — pledging to free up billions of dollars in federal aid to fight the spread of the virus.

"We will remove or eliminate every obstacle necessary to deliver our people the care that they need and that they're entitled to," Trump said, adding that "no resource will be spared, nothing whatsoever."

The president's Friday afternoon announcement — made less than hour before the stock market closed one of its most tumultuous weeks in decades — followed days of medical uncertainty, Republican legislative foot-dragging, and multiple earlier statements from the president himself that downplayed the severity of the pandemic.

Trump began his press conference by praising himself for his actions of the past week, describing his plan to bar travel for foreign nationals from much of the European Union as "only the beginning of what we're really doing, but now we're in a different phase." And while Trump offered a number of specific examples of what his declaration would entail, he neglected to address the lack of testing capabilities that have thus far hampered the country's ability to track and respond to the outbreak.

By announcing a national emergency, Trump has triggered the Stafford Act, which enables the Federal Emergency Management Agency to spring into action as it would during a hurricane or wildfire, by coordinating with local governments and helping distribute billions of federal dollars earmarked for disaster relief. The declaration also represents one of the more concrete steps by the Trump administration to actually address the virus's effect on American cities themselves, rather than blocking foreign travel in an attempt to stem the tide of a disease that's already multiplying domestically. Under the declaration, states can now request the federal government share up to 75% of the cost for things like emergency medical staff, testing, and vaccinations.

Trump spent much of his announcement time introducing — and contra CDC recommendations, shaking hands with — a cadre of businessmen and industry leaders who lined up to insist that they were up to the challenge of the ongoing pandemic.

Notably, Trump who himself has purportedly resisted getting tested for the coronavirus, despite coming into close contact with a confirmed carrier, downplayed the need for others to submit for tests.

"Again we don't want everyone taking this test, it's totally unnecessary," Trump said. "And this will pass, this will pass through, and we'll be stronger for it. We've learned a lot, a tremendous amount."

Trump had previewed Friday's National Emergency announcement earlier this week, when he told reporters Thursday that "we have very strong emergency powers under the Stafford Act."

"I have it memorized, practically, as to the powers in that act," Trump continued. "If I need to do something, I'll do it. I have the right to do a lot of things that people don't even know about."

More like this
Pfizer's CEO just admitted we'll all probably have to get a 3rd coronavirus shot
By Rafi Schwartz
A bogus group of "frontline doctors" is pushing anti-vax propaganda
By AJ Dellinger
Empty middle seats cut coronavirus risk drastically, according to new study
By Tracey Anne Duncan
Stay up to date