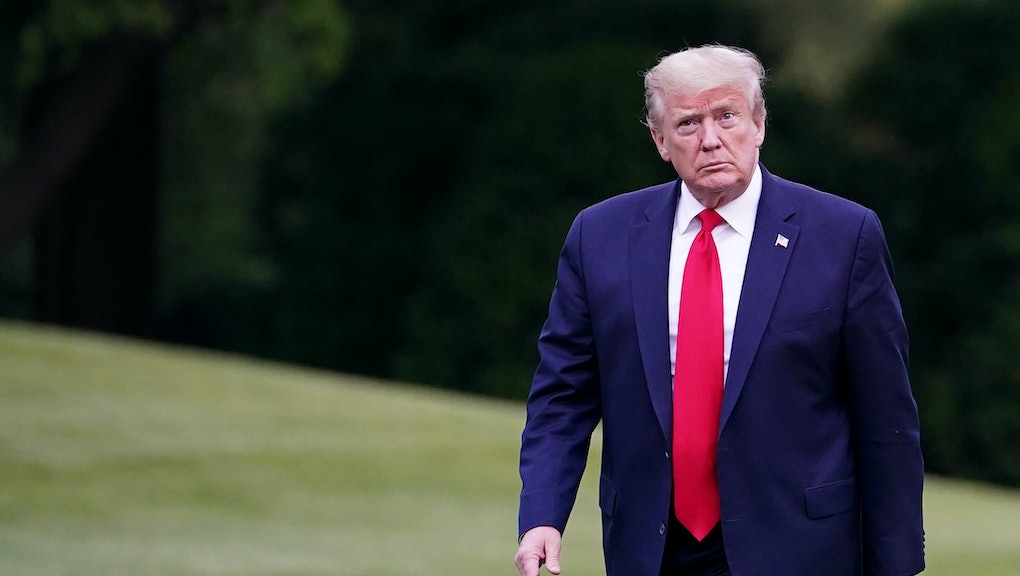 While a number of states are beginning to lift lockdown restrictions and reopen businesses, the coronavirus isn't gone. In fact, health experts agree that the United States will likely see a resurgence of the disease in the fall.

When President Trump was asked about the potential for a second wave of the coronavirus while touring a Ford factory in Michigan, Trump replied "People say that's a very distinct possibility, it's standard."

Trump's insistence that the U.S. might address a possible coronavirus outbreak in the fall without extended lockdowns is puzzling considering that, just this week, a study revealed that Trump could have saved 36,000 lives if he'd enacted social distancing measures just one week sooner. Right now, the U.S. is steadily approaching 100,000 coronavirus deaths, with The New York Times reporting the current total at nearly 95,000.

Trump's comments also seem to contradict Robert Redfield, the director of the Centers for Disease Control and Prevention. On Thursday, Redfield told the Financial Times that he wasn't ruling out the idea of new lockdown restrictions.

"I can't guarantee — that's kind of getting into the opinion mode, we have to be data-driven," Redfield said. "What I can say is that we are committed to using the time that we have now to get this nation as overprepared as possible."

Trump has never been a fan of social distancing measures. He only very reluctantly extended nationwide social distancing in April. Before then, Trump repeatedly announced his intentions to reopen the U.S. by Easter.

With 2020 being an election year, Trump seems more focused on winning than adequately responding to the health crisis. This is reflected in a number of poor business decisions by the White House coronavirus task force as outlined by an NBC News series, including a recent multi-million dollar deal for mask washing machines that don't actually work.

If a second wave comes in the fall, Trump can't just ignore the coronavirus away. As Dr. Anthony Fauci, the director of the National Institute of Allergies and Infectious Disease, told The Washington Post, "The virus is not going to disappear. It's a highly transmissible virus. At any given time, it's someplace or another. As long as that's the case, there's a risk of resurgence."