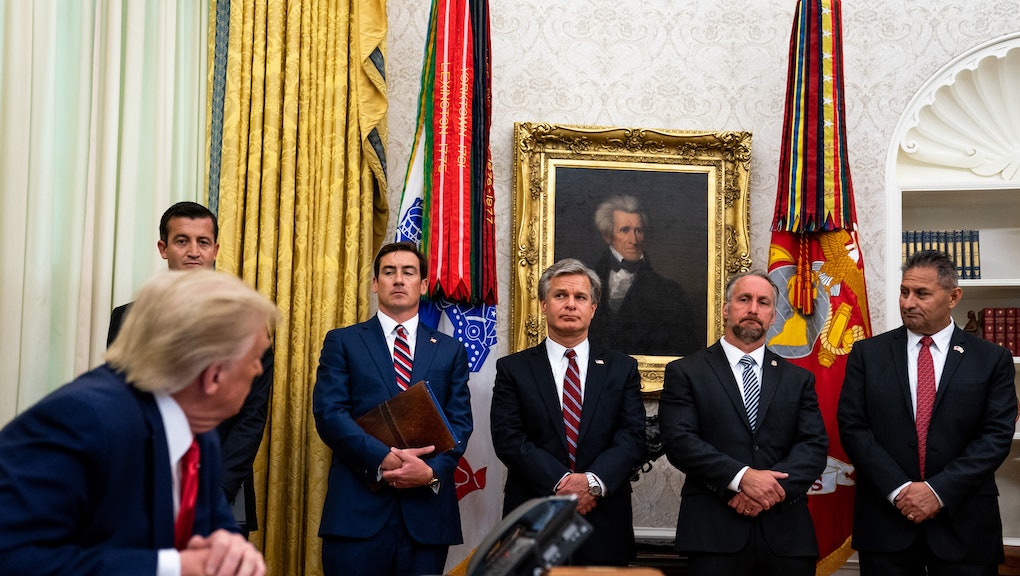 Despite the daily chaos, helter-skelter policy priorities, and apparent disregard the dual economic and health crises currently plunging the nation into chaos, one of the most frustrating aspects of President Trump's administration is the fact that if you take a step back from it all, just about everything seems agonizingly predictable. Much of what has occurred over the past few years — the things that seemed random and capricious — have, in fact, been largely telegraphed ahead of time.

Take, for example, longstanding fears that the White House would engage in loyalty tests for political appointees, to determine whether or not they're onboard with the president's personal and political agendas. According to a just-released report from Politico, those fears have proven justified of late, with administration officials from multiple departments and agencies claiming they have been subjected to one-on-one interviews officially described as gauging a subject's interest in returning for a potential second Trump term in office.

But according to one of the people Politico spoke with, the interviews are actually "an exercise in ferreting out people who are perceived as not Trump enough."

"It just seems like you could be a rocket scientist, but all they care about is whether you are MAGA," another senior administration official explained. "It is fair to do something to prepare to fill jobs in a second term, but right now, it is hard to know what the metrics are with this personnel office for being successful. There is no set criteria for what makes a good political appointee."

Reports of these interviews comes just days after former White House staffer Lt. Col. Alexander Vindman retired from the military, claiming through his attorney that the administration — and Trump himself — had engaged in a "campaign of bullying, intimidation, and retaliation" for Vindman's role as a witness in last year's impeachment inquiry against the president. And earlier this spring, the president installed a dedicated political loyalist in a key Pentagon position, raising fears from some Defense Department officials that personnel decisions were being based on politics rather than national security needs.

This past February, the president appointed former bodyman Johnny McEntee to head the White House office of personnel, leading many observers to suggest the hire was designed to facilitate the very loyalty purge apparently taking place now. McEntee, who had previously been fired by then-Chief of Staff John Kelly for alleged financial crimes, launched his tenure in the personnel office by reportedly convening a meeting of multiple Cabinet representatives to foreshadow his efforts to ferret out those deemed insufficiently MAGA.

More like this
Rudy Giuliani's entourage is shrinking, but his bills are not
By Rafi Schwartz
Trump is having his best week since leaving the White House
By Rafi Schwartz
Americans are feeling something weird and unfamiliar: optimism
By AJ Dellinger
Stay up to date