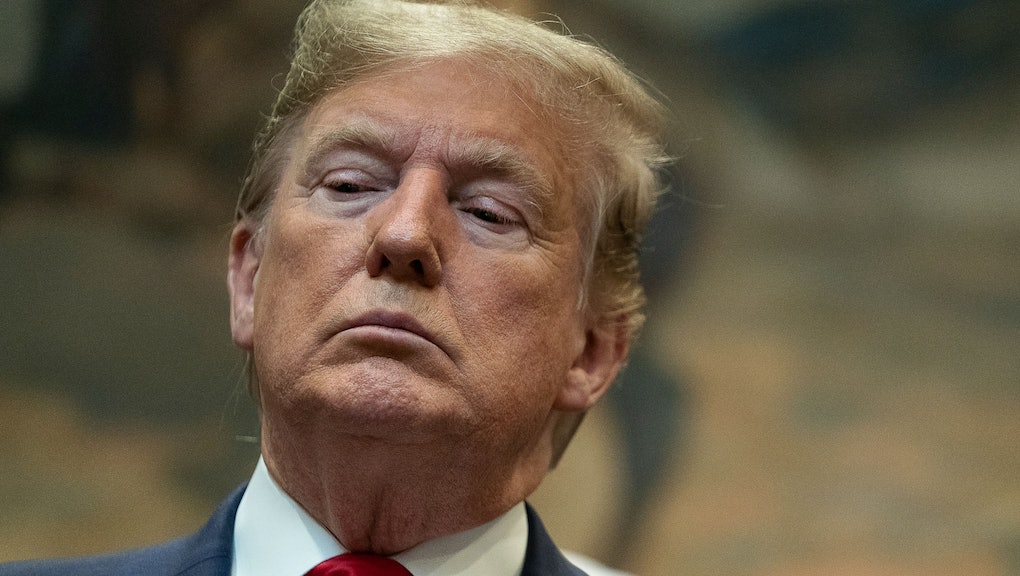 Trump's March for Life speech had a simple motivation

After the landmark Roe v. Wade case granted people the right to an abortion in 1973, the Supreme Court's decision was met with protests. The following year, Washington, D.C., became home to the March for Life, a now annual anti-abortion demonstration. On Friday, President Trump became the first sitting president to attend the March for Life, and it may be his way of solidifying conservative support ahead of the 2020 election.

In the nearly 50 years since it began, the March for Life has received support from previous Republican presidents. In 2001, President George W. Bush spoke to marchers via satellite while serving as commander in chief. But Trump made history by actually appearing at the march in-person.

Trump's speech was heavy on religious rhetoric. "When we see the image of a baby in the womb, we glimpse the majesty of God's creation," he said, calling it his "profound honor" to attend the event and "defend the right of every child, born and unborn." Toward the end of his speech, he said: "Every human soul is divine, and every human life, born or unborn, is made in the holy image of almighty God. Together we will defend this truth all across our magnificent land."

The president's appearance was highly anticipated. On Twitter on Wednesday, the March for Life announced Trump's pending appearance, writing, "Thank you, President Trump, for being a voice for the unborn and continuously working to build a culture of life." Trump later touted the size of the expected crowd in confirming his participation.

While the March for Life may have thanked Trump for helping to "build a culture of life", the statement carries a lot of irony. Over the past year, the United States fell in the World Economic Forum's Global Gender Gap report and still maintains the highest maternal mortality rate of any developed nation.

Although Trump signed a bill aimed at cutting that rate, he has continued to attack reproductive health care access. For example, the administration's Title X gag rule barred federal funding for health centers providing abortion care. It caused thousands of centers that also provided preventative care to shut their doors. Trump's policies — like the Global Gag Rule — have additionally harmed many outside of the U.S.

While it's clear that for some, anti-abortion rhetoric around "saving" lives has more to do with controlling people's bodies, in Trump's case, it's also all about maintaining his political position. Because while Trump may attend the March for Life now, he wasn't always so firm in his anti-abortion stance.

Trump's anti-abortion rhetoric became especially pronounced throughout his 2016 campaign run. He went so far as to say there should be "some form of punishment" for those who get an abortion. The statement was later walked back, but to the right crowd it showed Trump's new commitment to an anti-abortion stance.

Evangelicals, who consistently make up a large portion of Trump's base, carried him into office largely because of his anti-abortion rhetoric. But after Christianity Today, an influential evangelical magazine, called for his removal, with the impeachment trial heating up and the 2020 election fast approaching, Trump needs to shore up that support. Doubling down on his anti-abortion bona fides — like, say, by making a historic appearance as president at the leading anti-abortion demonstration in the country — may be his best chance to do so.