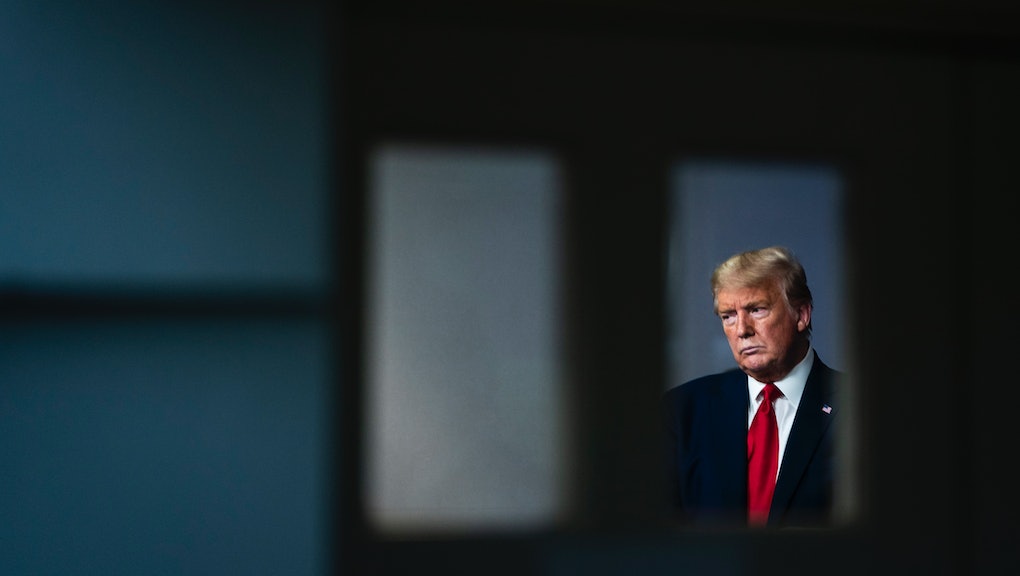 Trump's rambunctious coronavirus briefings are starting to worry his allies

For the better part of the past month, President Trump has held daily coronavirus briefings to update a tense nation on the state of his pandemic response plan. At least, that's what he claims they're for. In actuality, the briefings have largely been a less about reassuring the public, and more about giving the president a televised platform to brag, whine, and discuss the hit Netflix series Tiger King.

But while the president has insisted that his nightly appearances have been a huge success because, as he's tweeted many, many times, they get television ratings on par with ABC's The Bachelor, even some of Trump's most reliable allies are starting to publicly question whether subjecting the American people to a daily dose of haphazard policy messaging and random self-aggrandizement is really the best plan of action during a global health crisis.

Speaking with The New York Times, Trump golf-buddy Sen. Lindsey Graham (R-S.C.) admitted the president "sometimes drowns out his own message" and suggested that Trump should consider "a once-a-week show" — the operative word here being "show" — instead. West Virginia Sen. Shelley Moore Capito (R) meanwhile was a little more blunt in her assessment of the president's briefings, telling the Times that the nightly gaggles — which have sometimes lasted for hours — have been "going off the rails a little bit."

And it's not just lawmakers who are starting to break rank. The Wall Street Journal's staunchly conservative editorial desk issued a rare and (for them) surprisingly pointed criticism of the president's performance this week, describing the briefings as a "wasted" opportunity in which "Trump seems to have concluded that the briefings could be a showcase for him."

"Perhaps they substitute in his mind for the campaign rallies he can no longer hold because of the risks," the WSJ's editorial board wrote. "Perhaps he resented the media adulation that New York Gov. Andrew Cuomo has been receiving for his daily show. Whatever the reason, the briefings are now all about the president."

Suffice it to say, Trump was not thrilled at the public rebuke from an ostensible ally.

Now, who can say what does and doesn't penetrate the combed-over hair and layers of orange makeup that coat the president's skull. But, in a sign that the combined efforts of Senate Republicans, Fox News personalities, and The Wall Street Journal's editorial board might just be having an effect, Trump spoke for just 20 minutes during his Thursday night briefing — without mentioning Tiger King even once — before handing the mic to someone else.

More like this
Vaccines are good. Threatening to evict someone over them is not
By Rafi Schwartz
I never want Tucker Carlson to stop talking about Nicki Minaj's cousin's friend's enormous balls
By Rafi Schwartz
This poll shows just how strong Trump's hold on Republican voters is
By AJ Dellinger
Stay up to date