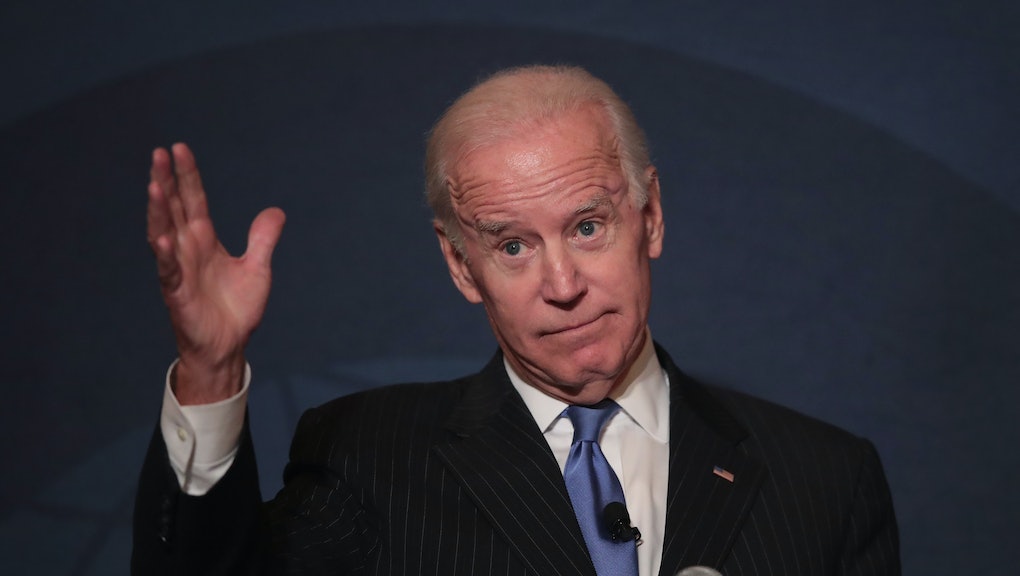 Trump's transition letter to Biden, meme'd up by the internet

We did it, Joe! Finally, finally, Donald Trump departed the White House and Joe Biden was sworn in as America’s 46th president. Though it wasn’t exactly a peaceful transfer of power, and Trump fled to Florida rather than attend Biden’s inauguration, the outgoing commander-in-chief reportedly adhered to one tradition: leaving a letter for his successor in the Oval Office. Trump isn’t exactly known for being a gracious or eloquent guy, so this is rather striking information.

Trump eschewed all the actually important parts of the transition process by refusing to give the Biden team access to national intelligence, never admitting defeat, and not welcoming the new president to Washington, D.C. The letter-writing tradition isn’t even that old: Ronald Reagan left George H. W. Bush a jokey note that read, “Don’t let the turkeys get you down,” with a cartoon of an elephant surrounded by the birds. The sentiment of the letters grew more serious over the years; in 2017, President Obama left Trump a message urging him to leave the “instruments of our democracy at least as strong as we found them.” It would appear the ex-president did not heed his words.

The contents of Trump’s letter to Biden likely won't be known publicly for some time — Obama's letter to Trump, for instance, wasn't revealed until September 2017, nearly eight months after the inauguration. Still, naturally, the internet has already has a few ideas on what it might say. Within minutes of the letter’s existence being reported, Twitter lit up with memes about it.

It’s hard to imagine the ex-president sitting down at the Resolute Desk, putting pen to paper and imparting any grace or wisdom. It begs the question: did he task a staff member with ghostwriting it, just as his wife outsourced her thank-yous to White House staff? Will the letter just be filled with more falsehoods, the hallmark of Trump’s presidency, asserting the election was stolen from him? At the end of the day, it doesn’t matter much. Biden doesn’t need anybody telling him how to do the job. He’s arguably the most seasoned president in history. (At 78, he's also the oldest.)

Anyhow, enough talking about whatever residue Trump left in the White House. Just like Senator-slash-inauguration style icon Bernie Sanders, we cannot be bothered with thinking about that man much longer. It’s a bright day in America, a moment in history worth celebrating. So treat yourself to a laugh at the ex-president’s expense:

More like this
If "Today Is America" then what the hell is tomorrow?
By Rafi Schwartz
There are QAnon NFTs now, because one grift deserves another
By AJ Dellinger
This poll shows just how strong Trump's hold on Republican voters is
By AJ Dellinger
Stay up to date