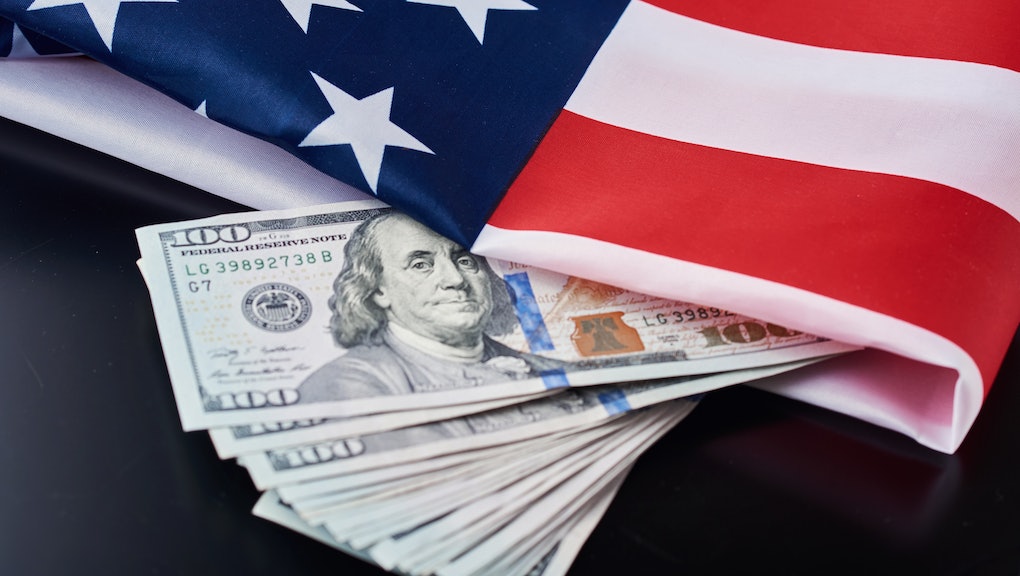 Universal basic income: Why doesn't the United States have it yet?

Among the many, many lessons of this past pandemic year has been this seemingly obvious truth: The government, when it has the will and desire, can alleviate a significant portion of people's hardships and suffering simply by giving them money. It's a straightforward idea, predicated on the belief that the government has some level of responsibility toward — and a vested interest in — the public's wellbeing. The thinking goes that by simply regularly cutting people a check, much like what came via pandemic stimulus checks, people would be able to reliably afford basic needs like food, shelter, and medical care. This policy, known more generally as universal basic income, or UBI, would create a space for the sort of upward mobility and expanded, educated workforce that the financial constraints of housing and groceries often prevent.

Sounds good, right? So why don't we already have a UBI? It's a mix of perception and popularity.

First off, the basics: The idea of a UBI is most commonly associated these days with onetime presidential candidate Andrew Yang, who made it the centerpiece of his 2020 run. "Every U.S. citizen over the age of 18 would receive $1,000 a month, regardless of income or employment status, free and clear," Yang explained during the race, dubbing the payment a "Freedom Dividend." "No jumping through hoops."

Suffice it to say, Yang did not become president, though he is now considered by some to be the frontrunner for next mayor of New York City. But to the extent that his dream of an American UBI lingers in the national zeitgeist, it's largely been relegated to exist solely within the context of the pandemic, and continued COVID relief, rather than as an evergreen policy on its own. Still, even that narrow toe-hold in the popular imagination has been enough to introduce the concept of a universal basic income into the vocabulary of an entire generation who might not have even considered it previously.

But if the government's tepid foray into providing cost-of-living funds was, as the evidence suggests, such a clear success, then why haven't lawmakers taken the next step to explore an actual consistent UBI in this country?

In part, it comes down to a question of popularity. At the height of the 2020 presidential race last August, a majority of the country opposed the idea of a universal basic income. Those who did support the idea of a UBI skewed younger and were mostly Black or Latinx, while white, older conservatives largely rejected the idea out of hand.

But while the largely Republican opposition to UBI makes a degree of sense, in the context of the conservative movement's broader rejection of programs like welfare and food stamps, there is indeed a case to be made within certain corners of the GOP that UBI could, in fact, dovetail with their guiding principle of smaller government. A majority of Republicans did at one point support pandemic relief payments, and within the libertarian wings of conservatism, some have argued that by issuing a blanket UBI in place of existing social safety net programs, it would ultimately eliminate huge swaths of government bureaucracy.

For now, however, with momentum for UBI largely blunted on the national scale, it's increasingly likely that if Americans are to get something resembling a steady cost-of-living check from the government, it will be on a local level. Even in countries where UBI has been implemented — like Finland, which in 2017 became the first European Union nation to give it a try — it's been done on a decidedly limited basis.

Indeed, citywide UBI testing has already begun here in the U.S. This coming year, at least 11 cities will pilot some form of UBI program for residents in paces as varied as Compton, California, St. Paul, Minnesota, and Pittsburgh, Pennsylvania. The initiatives vary from city to city in terms of amount given, number of recipients, criteria for qualifying, and duration of payments. But taken in aggregate, the proliferation of these types of pilot programs is proof that UBI as a concept has attained enough credibility to stand as an appealing prospect for communities looking for ways to boost their economies and improve residents' quality of life.

The focus on municipal UBI programs has even inspired a coalition of dozens of mayors from around the country, who have joined former Stockton, California Mayor Michael Tubbs's "Mayors for a Guaranteed Income" group. The coalition is organized around three guiding principles:

Advocate for a guaranteed income at the local, state, and federal level.

Invest in narrative change efforts to highlight the lived experiences of economic insecurity.

Invite other cities to join us in our efforts, and provide technical assistance and funding support for new pilots.

Speaking with Bloomberg, Tubbs — who now serves as an adviser to California Gov. Gavin Newsom (D) — connected his UBI program, which has provided monthly checks to more than a hundred people in Stockton since 2019, with Dr. Martin Luther King Jr.'s legacy of social justice and radical economic justice reform. The events of the past year have served to accentuate the needs articulated by King more than 50 years ago, Stubbs said.

"It's important for me that any discussion of a basic income is grounded in those roots, and understand that it's not a new conversation," Tubbs explained. "With the twin pandemics of racism and COVID-19, it's time for us to extend the social safety net."

Therein lies a major schism between the left's and right's conceptualizations of what UBI can and should be: Is it an expansion of the social safety net, or a replacement for it?

Here's how Robert Greensteen, of the left-leaning Center on Budget and Policy Priorities, put it:

Proponents often speak of an emerging left-right coalition to support it. But consider what UBI's supporters on the right advocate. They generally propose UBI as a replacement for the current "welfare state." That is, they would finance UBI by eliminating all or most programs for people with low or modest incomes.

Consider what that would mean. If you take the dollars targeted on people in the bottom fifth or two-fifths of the population and convert them to universal payments to people all the way up the income scale, you're redistributing income upward. That would increase poverty and inequality rather than reduce them.

Incredibly, when it comes to the man who perhaps more than anyone else has elevated UBI into the modern national discourse, that left-right dynamic has been reversed. As a Democratic candidate for mayor of New York City, Andrew Yang has reportedly downgraded his UBI plan to total around $2,000 per year, distributed to about 500,000 of the city's least wealthy. It would be paid for with a combination of philanthropic donations and — crucially — by shifting around existing money that currently goes toward vital social services. In other words: by limiting the existing social safety net, and replacing it with regular cash payments.

Ultimately, it's entirely up in the air as to whether the United States will ever go all-in on a universal basic income. It's a necessarily expensive, potentially revolutionary idea whose time hasn't quite come yet, but which has become more and more palatable to more and more communities thanks to the combination of high-profile advocates and a ruinous global pandemic. For the time being, it remains a very small, very local phenomenon. But if the city-level experiments taking place across the country prove what adherents claim they will, it might only be a matter of time before the push for true, national UBI begins.

More like this
Supreme Court justices' political leanings: A guide to the 2021 court
By Vanessa Taylor
Marco Rubio wants to give survivors of domestic terrorism … one year of student loan relief?
By Rafi Schwartz
Newly uncovered IRS documents reveal exactly how the rich swindle the rest of us
By AJ Dellinger
Stay up to date