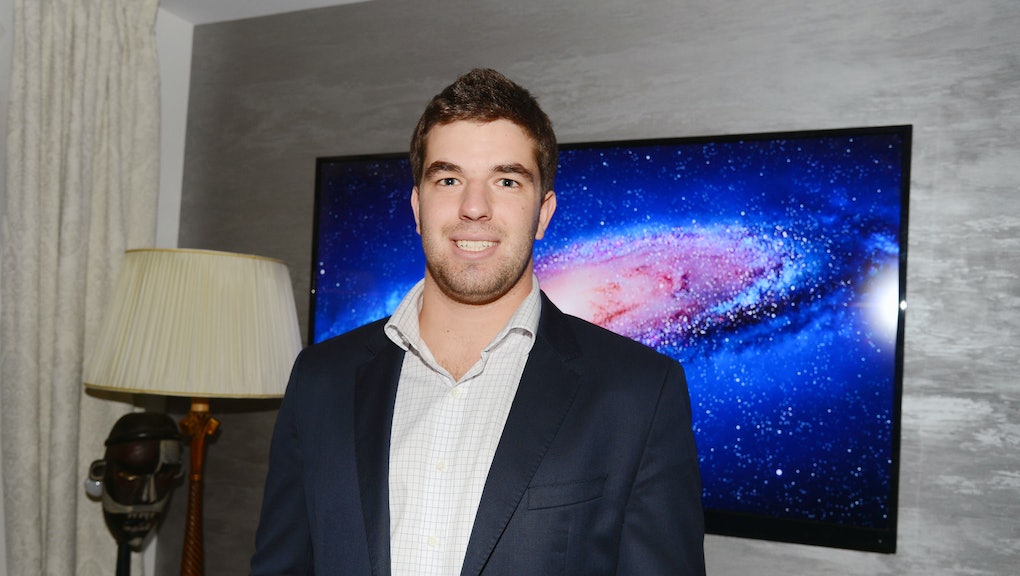 Wait, the Fyre Festival scammer was in solitary for six months?

Billy McFarland, the founder of Fyre Fest, has served roughly two and a half years of his six-year federal prison sentence. He owes restitution to the tune of $26 million to those he scammed. Just last week, 277 ticket holders reached a settlement to receive about $7,000 apiece from Fyre's remaining assets. On top of everything else, McFarland was just released from solitary confinement after nearly six months.

Sheesh, I know the judge called McFarland a "serial fraudster" who'd "been dishonest for most of his life" at his sentencing. But I have to agree with his lawyer: six months in solitary for participating in a podcast seems "cruel and unusual."

"He's got his freedom back," McFarland's attorney, Jason Russo, told Insider. But it seems to have been on a technicality: the Bureau of Prisons transferred the 29-year-old scammer from a facility in Ohio to one in Oklahoma City on April 6, thus breaking his marathon punishment.

"It's a bullshit thing," Russo told Insider. He said McFarland was slapped with various "administrative charges" after he was interviewed for a podcast called Dumpster Fyre last October. "At first, they said he violated rules by speaking to the media — which there is no such rule," Russo said. "Then they accused him of doing three-way calls, which you're not allowed to do — but these were not three-way calls." The prison was also upset about photos of McFarland and other inmates that wound up on Instagram. "Every picture that was sent out was taken with a commissary camera and approved to be distributed" by prison administrators, Russo said.

The one charge that stuck: the Fyre Fest fraudster shared his commissary funds, which is against the rules. Russo said that violation got McFarland thrown in solitary for 90 days. When three months had passed, the prison extended his stay there. It was only terminated when he was moved to another state.

McFarland had done one stint in solitary previously, for a contraband flash drive. He said the isolation made him want to participate in the Dumpster Fyre podcast. "Solitary led to this forced reflection on my mistakes and the people I hurt," McFarland said on the show.

There's a whole lot of evidence that forced isolation is disastrous for people's mental health. An article published in 2010 in the Journal of the American Academy of Psychiatry and the Law concluded that solitary confinement can be as distressing as physical torture. According to the Bureau of Justice Statistics, 25% of prison inmates who spent 30 days or longer in near-total isolation in the previous year showed symptoms of serious psychological distress.

Sigh, I'm not happy that McFarland duped tons of influencers into shelling out for a nonexistent tropical music festival, but it doesn't seem right to literally torture the guy, either. I don't care what the crime was, no person deserves abuse on top of incarceration.

More like this
Morgan Wallen's apology can't hide the racist subculture of country music
By Chloe Stillwell
Will Kanye ever truly be canceled?
By Keith Nelson Jr.
Yasiin Bey is stepping away from the Thelonious Monk biopic for the best reason possible
By Keith Nelson Jr.
Stay up to date