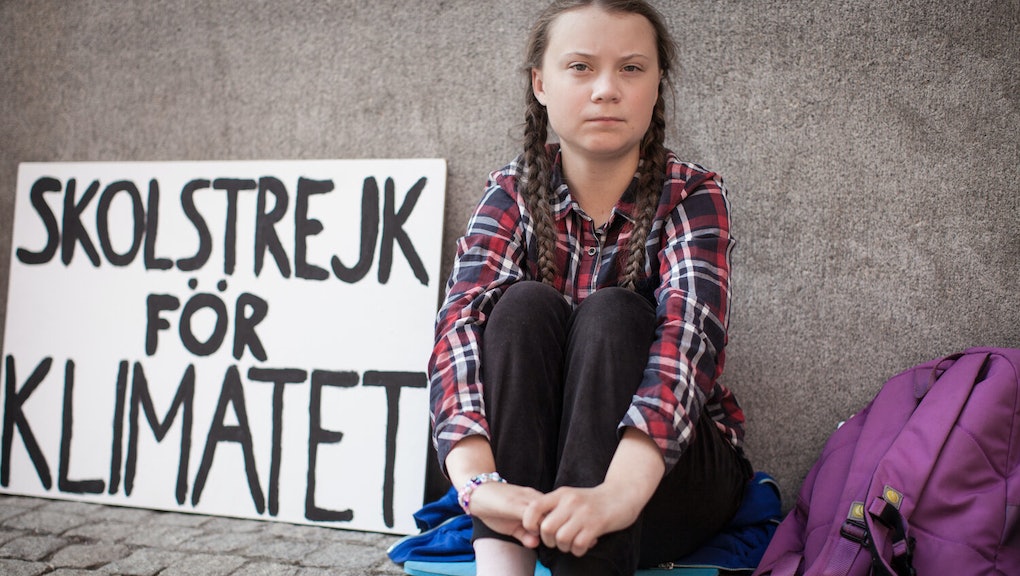 Watch the moving trailer for the upcoming Greta Thunberg documentary, 'I Am Greta'

During her speech before the United Nations Climate Change Conference (COP24) in 2018, Greta Thunberg went from teenage activist to environmentalist celebrity, from local protester to international icon. Her rise to prominence from a lonely, one person protest outside of the Stockholm parliament to her rousing, scolding speeches in front of the world's most powerful leaders is all captured in the documentary I Am Greta.

The film, shot by Swedish director Nathan Grossman, documents how a shy 15-year-old with Asperger's syndrome became the spokesperson for a generation that is at risk of inherenting a destroyed planet. Grossman's lens finds Thunberg not just in her viral moments, her speeches that have racked up millions of views, but in her home life as well. It finds the activist trying to navigate this newfound attention and the criticism that comes with it while also maintaining a semblance of normalcy. The film provides an intimate look at the young leader, painting a more complete picture of her as a person beyond her public appearances. It also provides never before seen footage of Thunberg's dramatic carbon-neutral trip across the Atlantic Ocean that saw her set sail for two weeks on a wind-powered yacht.

I Am Greta will be released in theaters globally on October 16 and will be available to stream on Hulu on November 13, 2020. Check out the trailer for the film below: