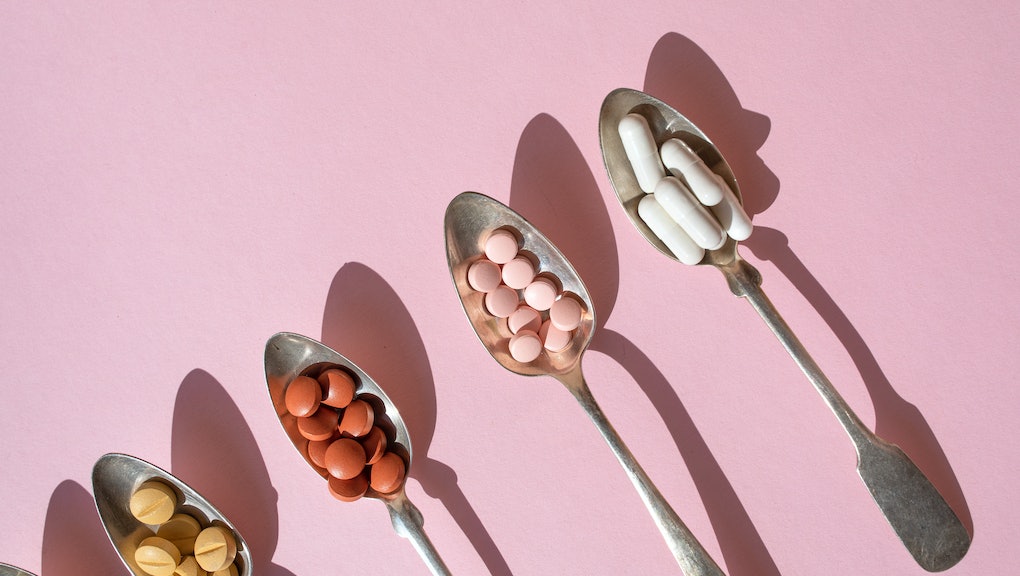 I am admittedly a probiotics Stan. Despite the overwhelming clinical evidence that probiotic supplements don’t do much for most conditions, I take them daily. Why? Because I think they make pooping better and that’s worth committing to. When I began to hear buzz about postbiotics and parabiotics, I felt simultaneously excited and doomful. How many supplements can a human take in a day and still respect themselves as a science lover? That question led me explore what exactly postbiotics and parabiotics are and whether they are necessary or just more wellness hype.

Let’s start at the root. Probiotics are the healthy (or pro) bacterias and yeasts that live in your body, particularly in your gut. We all have them, whether you take a supplement or not, and they help the body fight off bad bacteria or help your body eliminate bacteria that you have too much of. Now on to their cousins: “Postbiotic is the waste product of probiotics,” says Jessica Blanchard, a New Orleans-based holistic nutritionist and dietician. Yep, that’s right, y’all, postbiotics are bacterial poop.

What, then, you may be wondering, are the benefits of taking these slightly gross-sounding supplements? “Postbiotics could potentially be a way to send anti-inflammatory signals to the immune cells of your gut, without introducing bacteria,” says Blanchard. This — preventing inflammation without introducing a new, unfamiliar organism into the body — could be good for immunocompromised people in particular.

So what could these undead probiotic compounds do for your body if they’re so dead that Like, scientists actually call them “ghost probiotics?” Some recent studies suggest that introducing parabiotics into the gut biome can help strengthen the cell walls there, thus promoting healthy digestion. Yes, says De Freitas. Parabiotics may improve microbiome and immunity health, improving digestion and reducing inflammation, she explains. “[Because parabiotics] have the bacteria's cell components, they’re thought to help nourish and positively signal the microbiome.” It’s worth noting that the current research on both para- and postbiotics is mostly based on small lab-based studies — a.k.a. not on people — so it’s hard to say exactly how they will work in human bodies exactly.

Part of the problem with supplements is that people often take them when they have an issue in lieu of getting medical advice. But should they? “I first recommend that everyone work on improving their diet before spending money on supplements,” she says. And, while it’s too soon, study-wise, to tell, they could have side effects for some people. If your body gets too much of good bacteria, or for some reason your gut barrier is breached, the bacteria can cause inflammation, Blanchard says. This could be a problem for people with leaky gut or Crohn’s disease.

The experts I spoke with seemed similarly dubious about all these different kinds of probiotic-related supplements. “These are compounds that are produced by probiotics with the fermentation process of some foods, like yogurt, Kombucha, sauerkraut and sourdough bread,” De Freitas says.

Basically, while De Freitas says that para- and postbiotics could be healthy, you don’t have to buy supplements to get them, you can just eat fermented foods. She also doesn’t recommend them for anyone with gas, bloating, or any known imbalance of the gut biome.

So are parabiotics and postbiotics healthy or hype? They’re definitely healthy, and you definitely already have them in your body. There seems to be slightly more research available on postbiotics, but that doesn’t mean they are somehow “better” than parabiotics. It just means that scientists are more familiar with them. Experts still basically agree that, unless you are prescribed to do so, don’t actually need to buy any -biotic supplements, but it can’t hurt to eat some kimchi and add a little greek yogurt to your granola.