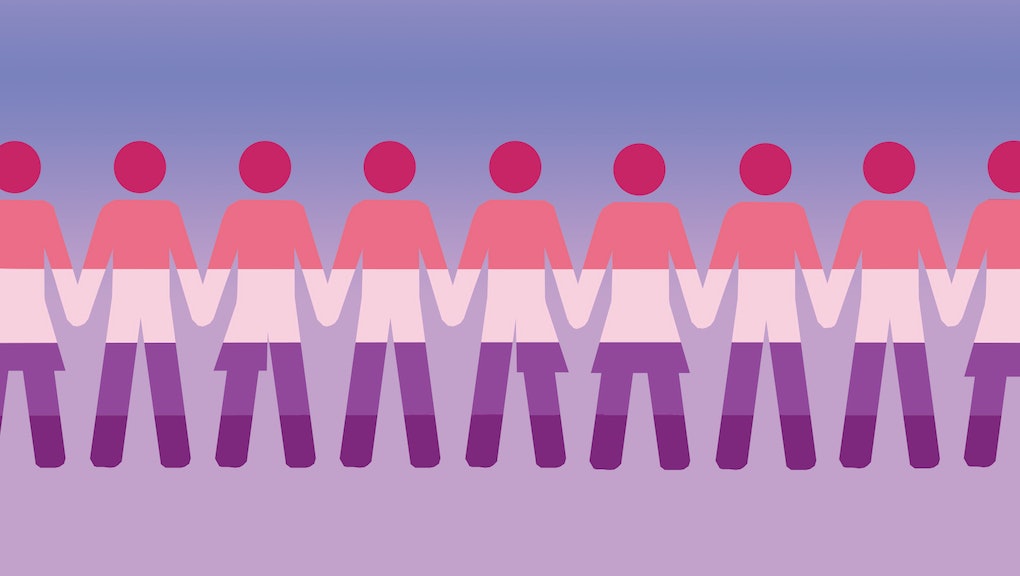 What does it mean to be aceflux? This micro-label is gaining traction in the asexual community

Back in the day, we were led to believe that sexual identity was supposed to be clear-cut: People are gay or straight, male or female, asexual or allosexual. These labels existed in binaries, and that was that. Thankfully, most of us know better now. Science continues to confirm that gender and sexuality exist on spectrums — and new identities and labels are emerging quicker than bubble tea shops.

Of course, you don’t have to label yourself as anything, but for some people, finding the right identifiers can make you feel like you can better express yourself in every context. Aceflux, a micro-label that’s gaining traction in the asexual (or ace) community, challenges the idea that we need to have just one consistent feeling about sexual desire.

Asexuality as a label itself is unwavering: It refers to people who experience no sexual attraction or intrinsic desire to have sex with other people. Pure asexuality is uncommon. A 2004 study — the only large-scale study on asexuality to-date — found the prevalence to be about 1% of the British population, and American researchers agree that sounds about right. But some people are asexual-adjacent, if you will; they experience low, weak, or inconsistent desire. They fall under the graysexual umbrella (often abbreviated to “gray-ace” or “gray-A”), referring to the gray area between sexual and asexual. Many gray-aces relate more to the asexual community than to the allosexual world, so they’re usually welcomed into ace spaces. The aceflux meaning falls under the gray-ace umbrella.

What does aceflux mean and how does it fit within the sexuality spectrum?

As with any other identity, there are no strict metrics to quantify exactly how much craving or lack thereof you need to have in order to consider yourself aceflux. But in general, people who identify as aceflux find their sexuality fluctuates specifically within the ace side of the spectrum — which incorporates identities like fraysexual, autochorissexual (also known as aegosexual), akiosexual, and cupiosexual.

While almost everyone has ebbs and flows in their sexuality levels, Joe Kort, Florida-based sex therapist and co-director of Modern Sex Therapy Institutes, says it’s important to differentiate between aceflux and just “not feeling in the mood.” You can go through a long dry spell or feel a temporary lack of interest in sex without it meaning you need to rethink your identity. For many who identify as aceflux, it’s about overall trends: If you usually have no desire for sex, but now and then you do — whether weakly or strongly — it’s something you might consider.

Aceflux people might feel asexual most of the time, but have occasional periods of demisexuality — feeling a sexual attraction only after an emotional bond has formed — for instance. Or they may be impacted by physiological changes, like monthly hormone surges courtesy of their menstrual cycle. Others have wider swings, varying between feelings of repulsion about sex and occasional enthusiastic desire.

But whatever you feel, it’s crucial to know that while asexuality doesn’t match with the patriarchal ideas of sex embedded in our society, it’s completely valid — in any form. Kort has worked with clients who are aceflux or ace who feel like there’s something “wrong” with them and that they need to force themselves to feel more sexual to match societal expectations. “Especially with gay males, they think they should want to be sexual, because the gay male community is supposed to be sexual,” he says.

Culturally, we’ve hyper-sexualized certain marginalized demographics (queer men, women of color, and trans folks in particular), which can add to this pressure to fit in with “your people.” But Kort says you can’t make yourself feel attraction or desire, and it’s not his goal as a therapist to push something that isn’t there. Much like conversion therapy is abusive to LGBTQIA+ people, he feels it’s harmful to try to “convert” an ace or ace-adjacent person to become a typically sexual person.

How do aceflux people manage relationships?

Sexual and romantic feelings don’t always go hand in hand. For instance, you could have limited sexual attraction to men, but romantic attraction exclusively to women. Aceflux people can be of any sexual and gender identity; and you can be aceflux and aromantic, meaning you don’t desire a romantic relationship at all. You might want sexual flings only when your sense of sexual attraction kicks up. Or, more commonly, you might want a meaningful romantic relationship that just doesn’t involve much sex.

Of course, that combination is hard to find and maintain when the vast majority of the population experiences more sexual feelings than you do. Ace-allo relationships are possible, but the sexual mismatch can be challenging — particularly if your own desires or needs frequently fluctuate. “All couples have desire discrepancies,” Kort says. “The hard part here is when they’re so far apart, how do you find a middle ground for them?” Many of these couples, he says, will end up in open relationships so the more sexual partner has an outlet for those desires, but not all couples want that. “Then I then teach asynchronistic sex. In other words, ‘Okay, we’re not in sync. Maybe tonight, I'll masturbate and you just hold me. Maybe I’ll watch you one night. Maybe it’s about just pleasuring me and you’re going to get something that’s not sexual tonight.’”

Kort says that with aceflux people, sometimes the beginning of a relationship causes hormone spikes that provide a wave of sexual feelings. “Nature helps them be more sexual because you have oxytocin, spikes of dopamine … and this romantic connection that causes more wanting,” he says. “That’s why the first 6 to 18 months of a relationship, most people have great sex lives. But with aceflux people, it goes away much sooner.”

That can leave the more sexual partner feeling duped, he says. Like, “Wait a minute, you were able to do it before. Why not now?” But, he says, sexuality — your orientation or your level of attraction — isn’t something you can choose or control. Sexuality is fluid and can change not only from year to year, but even from day to day — but not by force or decision.

He suggests it’s important to have honest conversations about what each partner wants out of the relationship early on to determine if each can feel satisfied and find compromises without sacrificing their emotional wellbeing.

Aceflux is an inherently ever-changing identity, which makes it particularly difficult to define; that fluidity is even represented in the red-to-purple gradient of the aceflux flag. With any sexuality label, and especially with micro-labels, there can be room for interpretation surrounding the definition. One of the tenets of LGBTQIA+ representation, though, is that you know yourself better than anyone else does, and you get to decide what your labels are — so if aceflux feels like it fits you, it’s yours. There’s no sex-label police determining where you fit in.