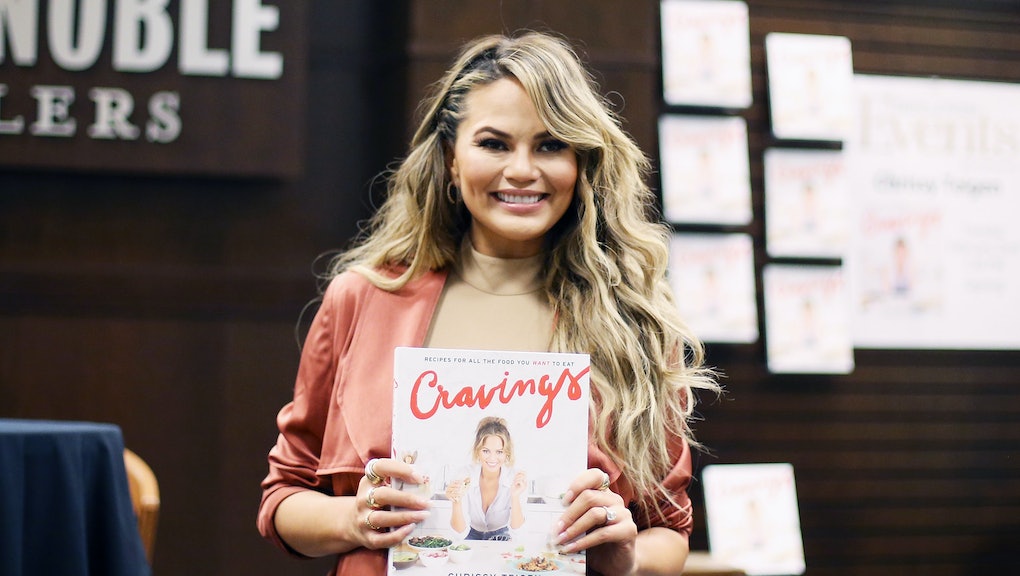 When Chrissy Teigen and Alison Roman are fighting, nobody wins

How do you pick sides in a feud between two of the most popular women on the internet?

It’s the question plaguing fans of Chrissy Teigen and Alison Roman. One woman is a model, influencer and cookbook author, beloved for her frank online persona. The other is, likewise, a cookbook author and influencer, worshiped for her viral recipes like #TheCookie and #ThePasta. And they’ve been at war since late last week, when The New Consumer ran an interview with Roman, who snidely called Teigen a sellout.

“Like, what Chrissy Teigen has done is so crazy to me,” Roman said in the interview. “She had a successful cookbook. And then it was like: Boom, line at Target. Boom, now she has an Instagram page that has over a million followers where it’s just, like, people running a content farm for her. That horrifies me and it’s not something that I ever want to do. I don’t aspire to that.”

Roman also came for Marie Kondo, who released a line of branded homegoods after her Netflix series went viral. “I’m like, damn, bitch, you fucking just sold out immediately!” Roman said of the decluttering queen.

While Kondo hasn’t responded to the article, Teigen read it and reacted via Twitter on Friday. “This is a huge bummer and hit me hard,” she wrote. “I have made [Roman’s] recipes for years now, bought the cookbooks, supported her on social and praised her in interviews. I even signed on to executive produce the very show she talks about doing in this article.”

That’s right, Roman bashed a woman who’s helping finance her own spin-off schemes. Thanks to coronavirus unofficially coronating her as the queen of pandemic cooking, Roman, who’s a New York Times food columnist, now has lots of professional irons in the fire, including the aforementioned cooking series, a non-fiction book and a collaboration with the cookware startup Material.

Once Teigen tweeted her disappointment, the masses turned on Roman, dubbing her a “hypocrite” and a “racist” for singling out Teigen and Kondo. They called her a “Karen” — a white woman who attacks people of color and then whines about being called out for it. People accused her of cultural appropriation and whitewashing her most popular recipes, like “The Stew,” which takes inspiration from South Indian and Caribbean cuisine. Some of these criticisms, surely, have merit. But the volume and ferocity of their vitriol was stunning, especially since Roman was such a beloved figure in the cooking world just a couple days prior.

But after the internet chews up one public figure and spits them out it gets hungry for the next. The hoards that’d been attacking Roman turned on Teigen, shifting the discourse to be about how, actually, she’s the problematic one. The conversation devolved into harassment and conspiracy theories, pushing Teigen to quit Twitter for a spell.

“This is what always happens. The first day, a ton of support, then the next, 1 million reasons as to why you deserved this. It never fails,” Teigen tweeted on Sunday. “I really hate what this drama has caused this week.”

“Calling my kids petri dish babies or making up flight manifests with my name on them to ‘Epstein island’, to justify someone else’s disdain with me seems gross to me so I’m gonna take a little break,” Teigen added before making her Twitter account private.

Roman backtracked on her comments pretty quickly and issued a public apology to Teigen. “Being a woman who takes down other women is absolutely not my thing,” she tweeted. “I’m genuinely sorry I caused you pain with what I said. I shouldn’t have used you/your business (or Marie’s!) as an example to show what I wanted for my own career — it was flippant, careless and I’m so sorry.”

The dust-up between Teigen and Roman is such “small potatoes” in the grand scheme of things, but it captured outsized attention. And this probably has a lot more to do with how bored we all are than it has to do with whether these women deserve all the anger that’s been leveled at them. (They don’t.) As Arwa Mahdawi sagely noted in The Guardian, “There is a moral to all this drama, by the way. The moral is: get off Twitter.”