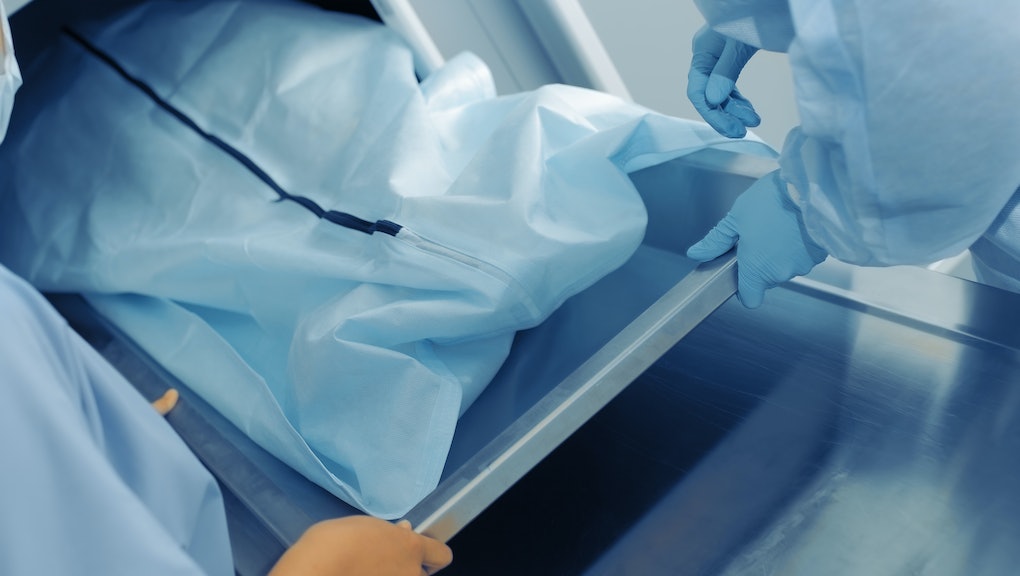 While Trump was downplaying the coronavirus death toll, the feds ordered 100,000 body bags

Since the coronavirus pandemic began, President Trump has faced heavy criticism for downplaying its severity. He repeatedly denied how deadly the virus is and even declared the seasonal flu was worse. But while Trump was claiming that the U.S. death rate wouldn't top 60,000 people, the federal government was placing orders for 100,000 body bags.

On April 21, Trump insisted during a coronavirus press briefing that the death rate would not exceed 50,000 to 60,000 people in America. However, internal administration documents obtained by NBC News, along with public records, show that the federal government was preparing for something much worse.

A day after Trump's comments, the Department of Homeland Security placed its biggest order with E.M. Oil Transport Inc., a firm based in Montebello, California, for $5.1 million worth of "human remain pouches." The order has not yet been paid for or shipped to the Federal Emergency Management Agency, Mike Pryor, the company's marketing manager, told NBC News.

"I hope to God that they don't need my order and that they cancel it," Pryor wrote in a text to the outlet.

Body bags aren't the only issue. NBC News also reported that FEMA opened up bidding to provide around 200 rented refrigerated trailers around the country. These trailers "will be used to store human remains from either [coronavirus] and or other related deaths." FEMA specified a preference for 53-foot trailers; according to NBC News, those are the largest possible trailers of this kind.

Meanwhile, on Wednesday, the U.S.'s reported death toll passed 60,000. — and it's likely that the toll is being undercounted. For example, in early April, Gothamist reported a surge of New Yorkers dying in their homes, which means those deaths may not always be attributed to coronavirus. The numbers leapt up from about 20 to 25 such deaths per day before the pandemic, to about 200 after, per Gothamist.

While New York City has since changed its position and begun counting probable coronavirus deaths, it shows how tricky counting the fatalities from this outbreak can be. Vox noted that people are also dying from the economic and health system crises exacerbated by the pandemic; while these individuals may not have been killed by coronavirus itself, that reverberation of the pandemic's impact cannot be ignored.

Business Insider reported that Trump revised his estimated death toll to between 60,000 to 70,000 deaths. But, a model from the White House and Institute for Health Metrics and Evaluation released this week says deaths could hit 130,000 by early August. The model is particularly grim as a number of states have moved ahead with plans to end lockdowns and other social distancing guidelines. In March, Trump said that if his administration could keep the death toll under 100,000, he will have done a "very good job."