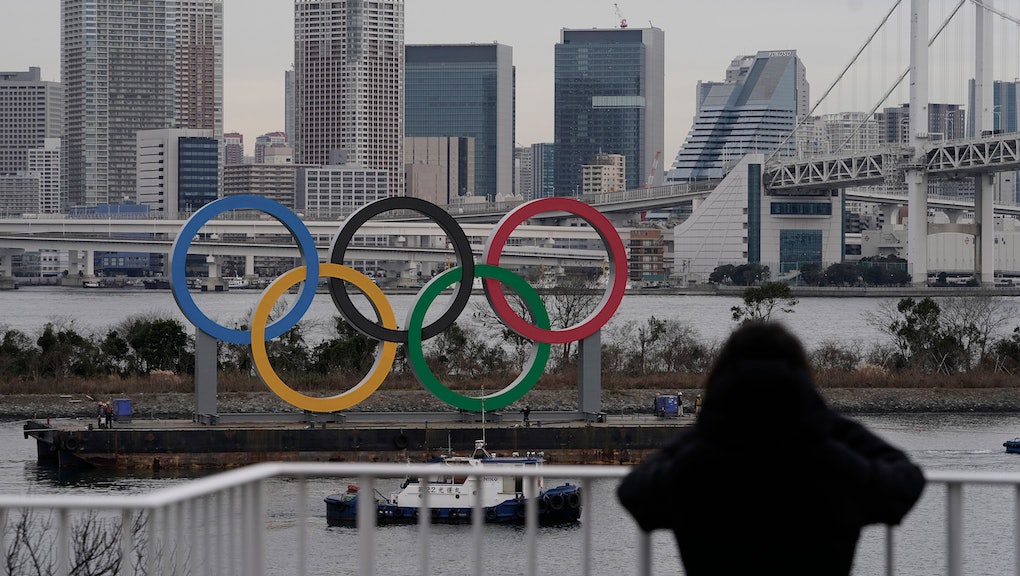 Who is Dick Pound? IOC member gains attention after announcing Tokyo Olympics could be canceled

Twitter users did a double-take today as 'Dick Pound' rose to the top of the trends. No, it's not a late-night hashtag that somehow made its way to daytime Twitter. It's the honest-to-god name of the the longest-serving member of the International Olympic Committee (IOC), according the the Associated Press. Today, Dick Pound gave the Japanese government a dire warning: If they didn't have the coronavirus under control, the Olympics could be cancelled.

He went on to urge that it would be a complete cancellation. The organizers were "more likely to cancel it altogether than to postpone or move it," the article stated. Years of planning, funding, and effort could be wasted. It was a sober reminder of how the coronavirus has swept every nation since its initial outbreak in China.

Yet all we could focus on was the name Dick Pound.

"That can’t be his real name, can it?" asked one Twitter user in the comments. "What an... unfortunate name," wrote another. Innuendos were also abound as others also pointed out his status as a 'long-standing member' of the IOC. Others wondered if Dick Pound's parents actually loved him or if he was unaware he could just go by Richard.

A few users called for maturity as his name reached Twitter trending heights. But many people took the opportunity to let their immaturity free and reached directly for their stash of Beavis and Butt-head gifs. And who could blame them?

Look, we need this. We have a U.S. presidential election coming up, a heatwave melting the ice in Antartica, and the threat of a global pandemic flooding the news. Please let us have this laugh.

Regular users weren't the only ones enjoying the Dick Pound trend. Of course a brand had to jump in. It's 2020, they're everywhere.

Yes, even in news about the Tokyo Olympics being potentially cancelled.

The chuckles and guffaws over Dick Pound's name gave us an opportunity to think deep about ourselves as well. Is there any situation, one Twitter user asked, where the name 'Dick Pound' wouldn't be funny? Some sort of catastrophe, maybe?

Honestly, probably not. Mankind may go to the grave snickering over names like Dick Pound (me included).

Dick Pound wasn't the only trend that caught people's inner 12-year-old. Reuters gave the public the glorious phrase, "Hot Pocket heiress," while reporting on the continuing college admissions scandal. The heiress to the microwavable food product company faces prison time in connection with the 'Varsity Blues' investigation for allegedly committing fraud to give her daughters a false advantage during admittance to top schools. Earlier today, 'Hot Pocket' was trending just below 'Dick Pound' for a humorous moment.

It begged the question: Which is better — the name 'Dick Pound' or the title 'Hot Pocket Heiress'?

Hey, you've gotta get your humor wherever you can. Despite the unfortunate news that accompanied his name, I'd like to say thank you to Dick Pound. Thank you, Dick Pound, for giving us a moment of laughter. We needed it.