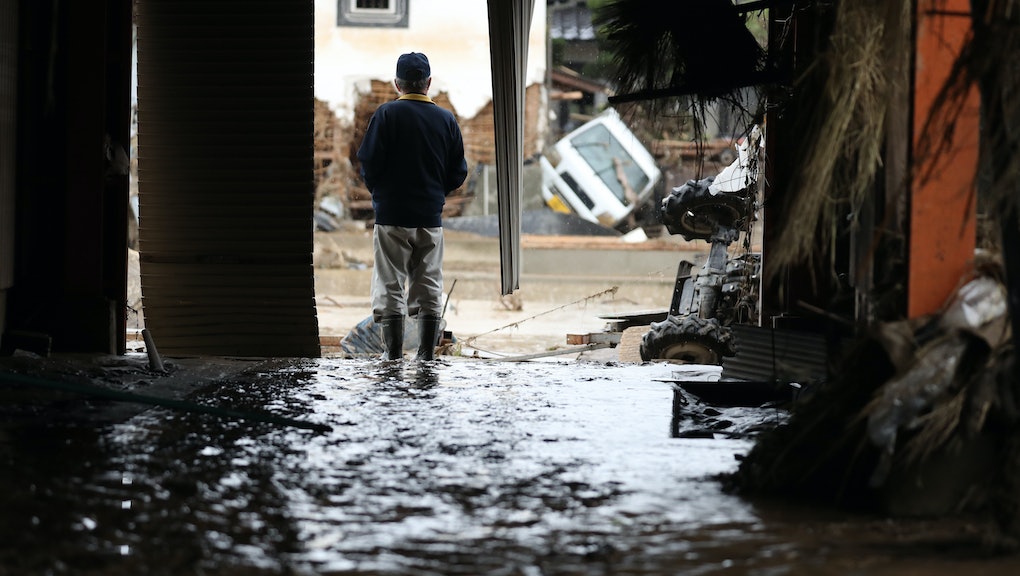 A new report from the World Health Organization says we aren't prepared enough for the mental and physical health risks caused by climate change. The study, titled the WHO Health and Climate Change Survey Report, took survey data from 101 countries and assessed the impact of climate-related events on residents' health. The results were disheartening.

Although the countries could identify climate-related risks like "heat stress, injury, or death from extreme weather events, food, water, and vector-borne diseases (such as cholera, dengue, or malaria)," only 48% have actually conducted an assessment to predict how the changing climate can harm public health. Furthermore, despite the assessment, at least 60% of those countries were still unprepared to protect the health of their citizens. Only 38% had the means to partially implement a plan of action. Less than 10% could afford to fully fund a plan.

This is bad news. Extreme weather events caused by climate change — such as flooding, tropical storms, uncontrollable wildfires, and record-breaking heatwaves — can more easily spread diseases and threaten the world's food supply. And the damage isn't just physical; the report noted that depression, anxiety, PTSD, and other mental health issues can arise from the trauma of experiencing a climate-related disaster.

Reporters at Vice corroborated this tidbit with a study from Katie Hayes, a mental health researcher who published a report on the impact of climate change on mental health. "Extreme weather events, like flooding, hurricanes, and wildfires have been linked to depression, anxiety, post-traumatic stress disorder (PTSD), suicidal ideation," she wrote in her study. "Vector-borne diseases like West Nile Virus and Lyme disease may compound mental health issues for people with pre-existing mental health illness."

The WHO report noted that only six countries were concerned about mental health issues as a health risk of climate-related disasters, but prior events have already proven why it should be a concern. During Hurricane Dorian in September, The Associated Press reported trauma and shock among residents who were trapped in harrowing situations. One example was a man who "sat in his wheelchair for nearly 48 hours in water up to his chest, alone in his home." The man later "recalled how he kept shining the light from his cellphone on the rising water as he tried not to panic."

With the acceleration of climate change and increasing frequency of extreme weather events, Hayes believes identifying mental health issues is more important than ever — especially for vulnerable and marginalized communities that already lack access to healthcare. "Our physical health, our mental health, and our community health are all connected," she told Vice.

WHO officials would agree. "Climate change is not only racking up a bill for future generations to pay, it's a price that people are paying for now with their health," said Dr. Tedros Adhanom Ghebreyesus, the director-general of the WHO, in a statement. "It is a moral imperative that countries have the resources they need to act against climate change and safeguard health now and in the future."

More like this
What cities will be most affected by climate change?
By Vanessa Taylor
The ocean is about to swallow a climate research facility, which feels fitting
By AJ Dellinger
The Green New Deal is back, baby
By AJ Dellinger
Stay up to date