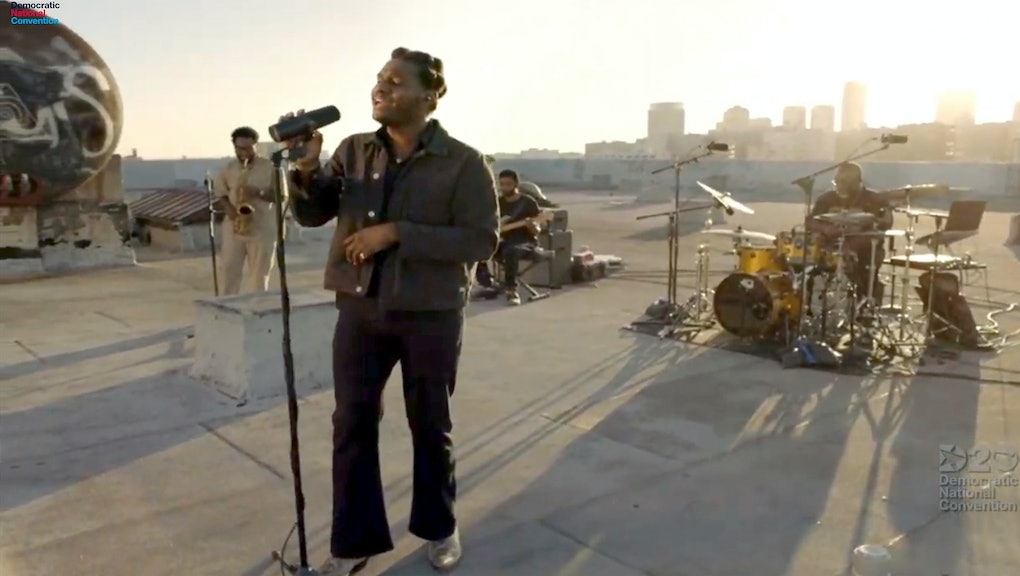 Why is Spotify leaning into virtual concerts right as live music is coming back?

With COVID-19 infections on the decline and vaccinations on the rise, live music is finally coming back. A full-sized Lollapalooza crowd will descend on Chicago in July. Colorado's famed Red Rocks Amphitheater plans to resume full-capacity concerts in June. Not everyone will feel comfortable hanging out around hundreds of sweaty, singing strangers so soon after a global pandemic. But after more than a year without live concerts, legions of music fans are eager to go to shows again.

During quarantine, virtual concerts sprang up as a stopgap to tide over musicians and fans until it was safe to gather IRL again. A bunch of big artists — like Lil Nas X, Erykah Badu, Billie Eilish, Travis Scott and Chloe x Halle — got impressively creative with the medium, finding inventive and engaging ways to entertain their fans on the internet. But the demand for remote performances is presumably waning, which is why it's weird that Spotify just entered the virtual concert business and thinks people will pay $15 for prerecorded shows you can only watch once at a dictated time.

Spotify booked some big names for the five streams airing this month and next: The Black Keys, Leon Bridges, Bleachers fronted by Jack Antonoff, Rag’n’Bone Man and girl in red. Each act picked their own venue for their "prerecorded livestream," and some got creative. Antonoff, for example, shot his on a bus driving from Brooklyn to Asbury Park, New Jersey — the home of Bruce Springsteen.

"We have always been a band that loves to play live in venues of all shapes and sizes," The Black Keys said in a press release. "The past year has been tough for musicians and fans alike, so we wanted to find a way to share this live performance of songs from our new project, Delta Kream, from a place we love, the Blue Front Café, the oldest active juke joint in America."

One one hand, these concerts sound intriguing, and it's fun to see artists share their world with fans. Plus, for people who don't live in cities or who still aren't comfortable returning to large crowds, it's a nice opportunity to see their faves perform. But there's also a plethora of more accessible content like this on the internet already, from late-night TV gigs to YouTube specials to Instagram Live.

Not being able to tour robbed musicians of a huge chunk of income in the last year, so in theory, the Spotify concerts could be helpful. The streamer is selling an unlimited number of $15 tickets, assuming the public bites. But true to form, the company hasn't disclosed how big of a cut artists will get: "All artists will receive a guaranteed fee for their participation in the livestream," Spotify cryptically told TechCrunch.

More like this
The moral of Nicki Minaj and the Tale of the Giant Balls? We need to explain vaccines better
By Kara Weisenstein
Lil Nas X delivered his baby, 'Montero,' along with an ill-fated love story
By Kara Weisenstein
It’s never been more clear that we need a Diddy and Jermaine Dupri VERZUZ
By Keith Nelson Jr.
Stay up to date