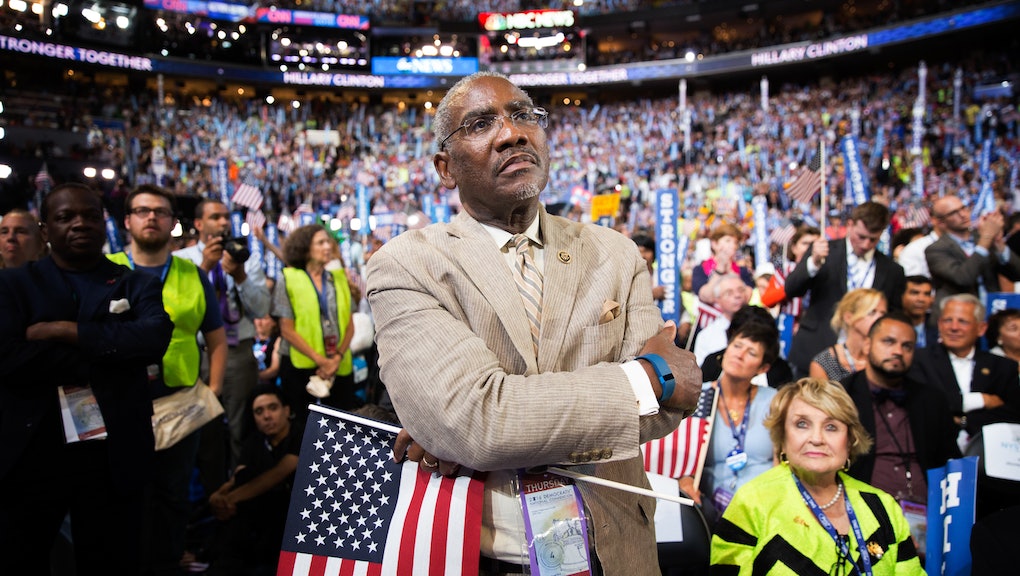 Will coronavirus delay the general election? All of your 2020 questions, answered

As the coronavirus outbreak in the U.S. forces state and local governments to extend shelter-in-place orders, re-evaluate civil rights for those detained in jails and immigration centers, and postpone primary elections, thousands of Americans are left wondering: Will coronavirus delay the general election in November?

In early March, as coronavirus started to spread in California and New York, states that had yet to hold primary elections started whispering about postponement and moving to mail-in ballot only elections and wondering how to successfully get out the vote while ensuring voter safety. Louisiana, Georgia, and Ohio all moved their primary elections, with varying degrees of clarity and success, signaling that the 2020 election is already operating differently than in years past.

We've seen how state election officials are tracking the coronavirus outbreak as they continue to make decisions about how to hold their primaries. But what does this pandemic mean come November? Could President Trump postpone the general election? Will the nominating conventions still happen? Read on.

Can Trump postpone or cancel the election?

The short answer: No. The president does not have the authority to postpone or cancel the Nov. 3 general election, says MIT political science professor Charles Stewart.

"The president has no authority to delay elections unilaterally," Stewart says, noting that the Constitution sets certain, specific deadlines for the presidential election. Those deadlines could be changed by Congress, though that's extremely unlikely given the Democratic majority in the House of Representatives, not to mention that moving the election date would prove even more confusing for voters who in some cases are already having to navigate new vote-by-mail systems for the first time.

Still, some are concerned that Trump or his inner circle will try to use the ongoing coronavirus pandemic to justify a date change. The president has long crowed about possible voter fraud due to mail-in voting (even after the 2016 election, which he won), and he's not been one to abide norms. When asked whether the 2020 election could be postponed because of coronavirus, Trump's son-in-law and senior adviser Jared Kushner told Time magazine, "I'm not sure I can commit one way or the other, but right now that's the plan" — a quote that prompted a lot of hand-wringing. Kushner walked back his comments shortly thereafter, clarifying, "I have not been involved in, nor am I aware of, any discussions about trying to change the date of the presidential election."

Again, though, the executive branch doesn't strictly have that authority, There are other deadlines set by statute, but those can’t be changed either, Stewart says. Instead, it will be up to state leaders and election officials to monitor general election turnout. Some states, like Ohio, which voted March 17, have shut down in-person voting altogether and opted for an election done exclusively via mail-in ballots in order to preserve public health and limit the spread of coronavirus.

Ultimately, come November, state boards of elections would be the ones to decide decide what a mail-in ballot election might look like, whether voters will need to apply for a mail-in ballot or will receive one automatically, and who will be eligible to vote by mail. But it's virtually impossible for Trump to unilaterally delay the general election.

What happens if the election is postponed?

First, it would be very difficult to move the presidential election. That change would require a highly coordinated effort between all 50 states plus Puerto Rico and the Congress in order to decide when a new election date would be.

In the unlikely event that happens, an election would also still have to take place before state delegates meet in December to cast their official votes as part of their membership of the Electoral College. The date is established via a super specific section of the U.S. Code, which says, "The electors of president and vice president of each state shall meet and give their votes on the first Monday after the second Wednesday in December next following their appointment at such place in each state as the legislature of such state shall direct." Moving the established date for delegates to vote would require rewriting U.S. law.

And even if that happened, the Constitution says that a president's term officially ends at noon on Jan. 20 following an election. A timeline that involves delaying Election Day with the intention of giving states more time to administer the general elections might be complicated by the mandate that the incumbent president leave office on Jan. 20 — especially if Trump doesn't win re-election. If a new president is not elected in time, then the Constitution mandates that the speaker of the House take the oath of office, University of New Mexico political science professor Lonna Atkeson tells Mic, noting that congressional Republicans might not want to create such a pathway for Democrat Nancy Pelosi, the current House speaker, to take the oath of office.

It's difficult to mess with a federal election by design, Atkeson says. The framers of the Constitution implemented a number of checks and balances on the executive branch's power to protect against a president having too much authority in the democratic process. In Trump's case, his frequent references to running for third and fourth terms and beyond make this protection seem like a pretty good idea, even in the face of a public health crisis.

Can the conventions be postponed? Could the parties hold virtual nominating conventions?

The Democratic National Convention rules say that the state primary elections have to be held by June 9 and that results should not be reported to the national party any later than June 20, which is also the deadline for selecting delegates. On Thursday, the national Democratic Party announced that it would postpone its convention by one month due to coronavirus concerns; the event was originally scheduled for July 13-16 in Milwaukee, but will now be held the week of Aug. 17.

"One way or another, there has to be a convention," Elaine Kamarck, who sits on the DNC Rules and Bylaws Committee, tells Mic.

Kamarck says the DNC is monitoring the trajectory of the pandemic as it continues to make decisions about this summer's convention. "I think there’s probably another month for us to have a good sense whether or not we're gonna see a peak of the outbreak," she says.

The Republican National Committee has said that its convention in Charlotte, North Carolina, will continue as planned. The GOP had the advantage of its convention being originally scheduled for August anyway — it will take place Aug. 24-27, unless any changes are made. That event also has less uncertainty baked into it, as it will be more of a formality to affirm Trump's nomination for a second term. (Mic reached out to the Republican National Convention for comment but did not receive an immediate response.)

Earlier in Democratic primary season, when Vermont Sen. Bernie Sanders was surging toward the nomination thanks to impressive early-state showings, there was chatter of a possible contested convention in July. But with former Vice President Joe Biden having all but locked up the nomination, Stewart says that a virtual convention might be more feasible now anyway. "It becomes a little bit easier now for Democrats, given that there’s probably going to be a presumptive nominee," he says.

A virtual convention is also pretty secure, as far as votes go, given that the transparency of the nominating convention allows Americans to see which delegates are voting for which candidates. Kamarck says that because delegates' names are attached to their votes, there's little chance of a virtual process being hacked.

A statement from the DNC last week said that there are no plans to adjust the timeline for the nominating convention. As Xochitl Hinojosa, the DNC's communications director said, per Politico: "We are not considering a rules change at this time."

Editor's note: This article was updated to reflect that the Democratic Party announced it would postpone its convention by one month.

This article was originally published on April 1, 2020