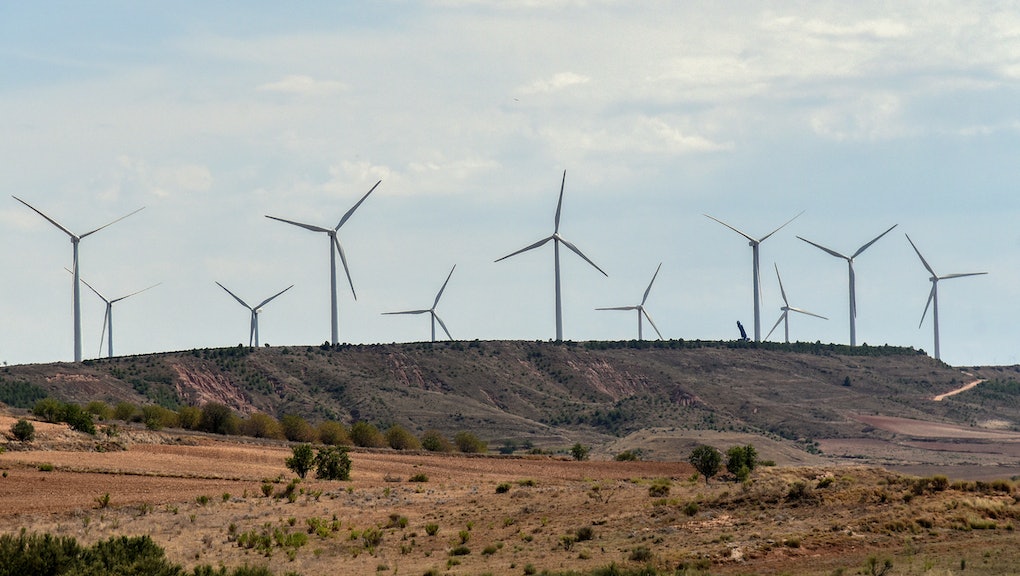 Wind power is surging in the U.S., which means all sorts of good things

Sorry, Dunkin', but America increasingly runs on wind. According to a new report from the Department of Energy, wind was the fastest growing energy source in the country last year, and it wasn't particularly close. 2020 marked a record year for the renewable energy option, which surpassed all sources of power — including former President Donald Trump's precious coal — as the fastest growing in the country.

Over the course of last year, the United States installed 16,836 megawatts of wind capacity across the country, per the latest Land-Based Wind Market Report, published earlier this week. For context, the average U.S. home consumes about 877 kilowatt-hours per month, meaning the new wind turbines have the ability to power nearly 20,000 homes. The expansion of wind made up 42% of all new energy capacity in 2020, including nearly 80% of additions made in the southwest portion of the country. And, irony of all ironies, despite the fact that Texas politicians tried to blame wind power for the state's power grid failing during an extremely cold winter storm, the Lone Star State actually led the way in new wind capacity.

Why is wind dominating right now? The simple answer is that we've gotten really good at building effective wind turbines. Thanks to significant investments in the technology, we've been able to build bigger turbines — both taller and with bigger rotors — for cheaper than ever before. Even better, they're generating significant energy and producing an impressive return on investment. A study published last year in the journal Applied Energy found that federal wind power research has produced a benefit-to-cost ratio of 18 to 1. The math is pretty simple here: Investing in wind power is saving the country lots of money.

Of course, shifting to renewables isn't just an economic benefit. It's what we have to do in order to kick our fossil fuel habit and keep the planet from warming. The expansion of wind is helping with that, too. While wind turbines were the fastest growing power source in the country (and solar was the second-fastest, a happy little footnote here), the growth of renewables is driving down dirty-burning fuel sources. New natural gas capacity fell to a five-year low in 2020, according to the Department of Energy, and coal had nearly non-existent growth despite the fact that then-President Trump did lots of bragging about how he was getting coal miners back to work.

Here's another huge benefit: For every megawatt-hour of energy generated by a wind turbine, $76 of health and climate benefits are also produced. This is because wind power produces zero greenhouse gases while in operation and generates no air pollution. Burning fossil fuels, on the other hand, produces a significant amount of air pollution that results in worse health outcomes and shorter lifespans. According to the Department of Justice, the financial benefits of reducing greenhouse gas emissions alone is worth nearly three times the cost of producing wind energy.

Shifting to clean energy has been a painfully slow process that we should have been doing decades ago. But the technology is here now, it's more affordable and more capable than ever, and demand for it is finally growing.