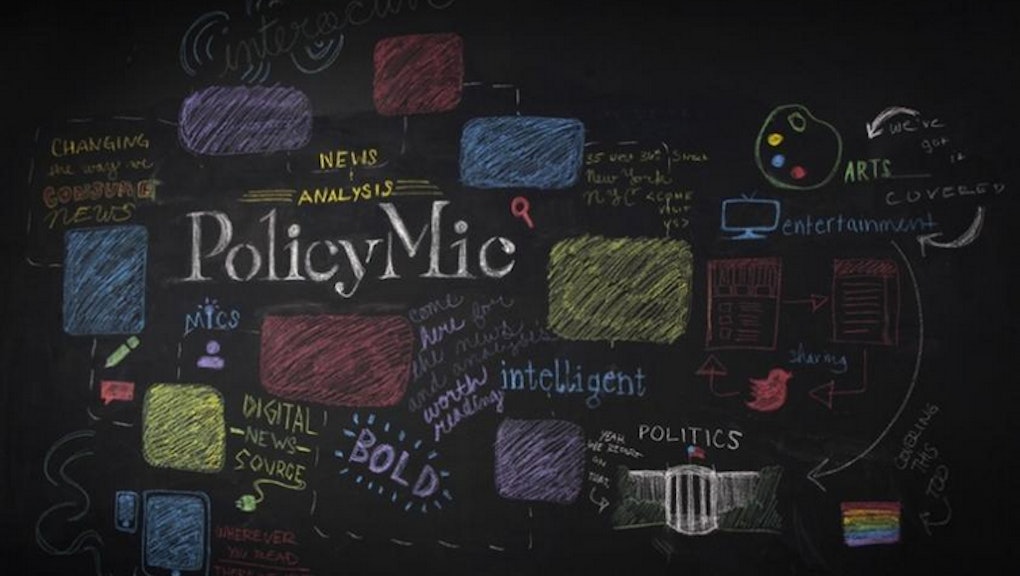 Sure, our writers like to hear from us about how well they're doing on PolicyMic. But sometimes it's nice to hear from other media outlets about how great an article is —  (kind of like when someone besides your mom gives you a compliment).

We get it, which is why we're proud to feature a monthly round-up of other media outlets where our pundits make their mark.

Below is but a mere sampling of the places PolicyMic-ers made headlines this month. Congrats to ALL of our community members who've been highlighted across the web.

If you've been mentioned elsewhere, please let us know so we can brag about you.

Email me (caira@policymic.com) (Subj: PolicyMic Press Mention) with a name of the publication and link to the article, and we'll try to include in our next press mention round-up.

Georgetown student and PolicyMic superstar Christian Rice joined RT TV to weigh in on the government shutdown and Obamacare. This was PolicyMic's first appearance with commentator and host Thom Hartmann on The Big Picture.

Salon proudly featured Melissa Hugel's perspective on the problem with rape revenge films, and the danger inherent in using "rape as an emotional catalyst for a female hero's journey."

After Tracey's excellent article on the shutdown's effect on campus sexual assault appeared on PolicyMic, MSNBC quoted her in a reference to Students Active For Ending Rape (SAFER).

Autumn took her arts + entertainment savvy to Salon, with a piece on Noah Webster's legacy in honor of (what would have been) his 255th birthday.

Jayson was on Bitch Media's radar for National Coming Out Day, and his discussion of what it means to come out when everyone already knows you're gay.

Natalie Smith made waves at Think Progress with her piece on new voter ID laws in Texas, and the anticipated impact on women's rights.

Dani Paradis poignantly explained how much more there is to bisexuality than the cheerful unicorn types depicted on TV, and Dan Savage gave her her a shout out on Twitter.