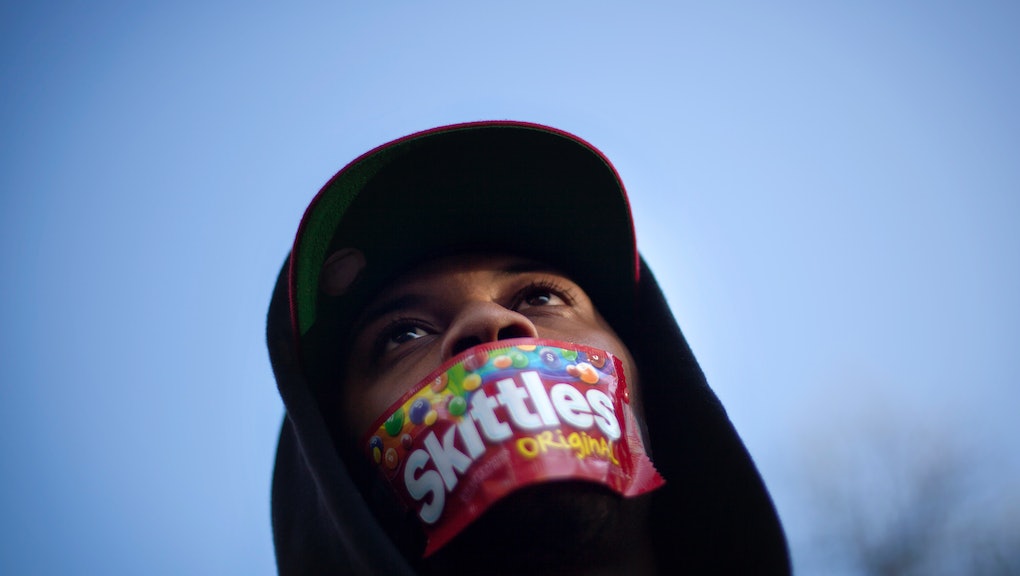 22 Brief Thoughts on Being Black in America Today

2. For many, this is a complicated issue: Not only is it loaded with ugly history and clashing emotions, it is constantly subject to denial, counter-arguments and insistence that it’s less relevant than it really is.

3. The fact is, Trayvon defined the racial discourse of a generation. Mere months before re-electing our first black president, his murder reminded us how raw the wounds of history still are.

4. So we rallied around his family, his community and what he represented – because his death was so emblematic of our troubled history as a people, and as a country.

5. What’s happened since? Zimmerman was acquitted of murder. He went on to enjoy a short-lived but successful career as a painter. He was even involved in talks for a celebrity boxing match, before his promoter withdrew (for moral reasons, apparently).

6. And here we are: Left to process our feelings about a country we call home, but that continues perpetuating the dynamics of a horrific racial past. Will it never end?

7. Then there’s Jordan Davis. One more black boy murdered under dubious circumstances, whose killer similarly escaped conviction for taking his life. At this point, it’s a troubling pattern: Fear and racial fantasy dictating behavior, and the conjuring of danger where none exists.

8. Perhaps Jesse Williams said it best: "We are tired." People who recognize these racial patterns – which are certainly not limited to Trayvon and Jordan – are tired of this happening. We’re tired of constantly having to defend our position.

9. How much more proof do the detractors need before they realize what a serious problem racism is? Seriously. Tell us.

10. On one hand, I understand these doubters and naysayers. It must be hard to hear people harp on an issue you don’t necessarily relate to, or that you have trouble empathizing with.

11. But if nothing else, take solace in the numbers: Minimal research will reveal countless inequalities – ranging from education and criminal justice to politics and the media – that disproportionately impact black Americans. And I guarantee this: The vast majority of these are inextricably linked to the persistence of racism throughout American history.

12. The sad part is, none of this should have to be explained. That it’s even up for debate is a testament to racism’s skillfully embedded institutionalization. It’s a natural extension of our psychology.

13. And it’s increasingly clear that the clandestine enemy is often the hardest to defeat.

14. So what can we do? How can a sickness so deeply embedded in our national DNA be extratced? Many would say it's a losing battle — that things simply are the way they are.

15. Most people don’t pretend to have definitive answers. However, it’s clear that problems don’t simply go away if we act like they don’t exist.

16. We can start by reading books. Having open-minded discussions. Listening to other people. Learning to recognize where racism materially impacts others’ lives.

17. An informed populace is no guarantor of success, but it has a much greater chance than an uninformed one.

18. And please: Realize that President Barack Obama is not a symbol of post-racialism. Having a black president signals “the end of racism” as much as eating a salad means the end of obesity.

19. But in the end, being black in America today means different things to different people. Some black people will even insist that racism hasn’t played a prominent role in their lives.

20. To them, I say what I’d say to anyone else: Your insistence that racism doesn’t exist because it allegedly hasn’t impacted you – or because there are “exceptions” and success stories – does not negate the experience of thousands of other people.

21. Ultimately, we are all party to the dogged persistence of American racial inequality.

22. And we’re all responsible for finding effective solutions.