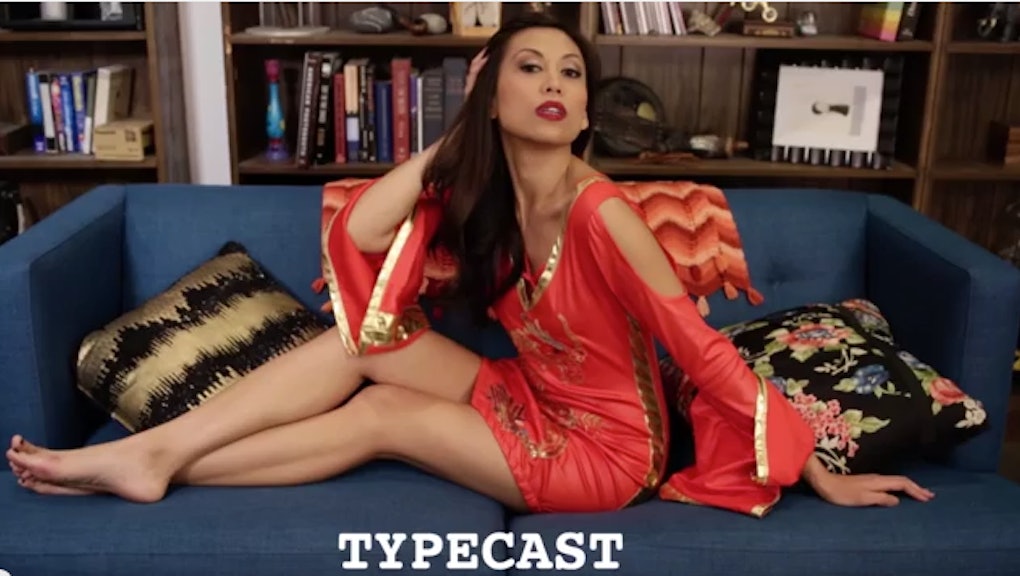 What is it about the entertainment industry that makes it so hard for talented actresses of color to score leading roles? In a word, typecasting.

That's the message of a clever new parody about the diversity gap in media, written and performed by Tess Paras. Set to the tune of Lorde's "Royals," Paras' video reveals the harsh truth about the television industry and how it narrowly focuses on whites characters' stories to the detriment of non-white characters'.

Although we've seen some shows like Scandal disrupt age-old stereotypes about the roles of women of color in television, the truth remains that if you're a woman of color, you're probably a skinny white girl's sidekick.

Throughout the video, Paras pokes fun at an industry that lets people of color in, but only if they play by certain rules. (The FOX comedy New Girl and its cast dynamic is alluded to throughout the parody). High-profile shows like Lena Dunham's Girls have attempted to address the issue, but also haven't alleviated all concerns.

Discrimination in the industry doesn't just happen during the casting process, of course. It happens every step of the way. Female directors and producers know that getting funding for female-centric narratives is an uphill battle, since those stories are still perceived as "niche." Add race and ethnicity to the mix and you've got yourself an even steeper financial mountain to climb.

No wonder so few women of color receive awards for leading roles. Most of them never get the part in the first place.

Although we should demand that complex female characters of color start taking over our screens, we must be patient. Change is like a wave: It generally happens slowly. After being criticized for not giving enough roles to women of color during her talk at SXSW, actress Mindy Kaling bluntly noted that people seemed to be ignoring an important point here. "I look at shows on TV, and this is going to just seem defensive, but I'm just gonna say it: I'm a fucking Indian woman who has her own fucking network television show, OK?" she said.

Ultimately, one of the best ways to support the women making a difference is to vote with our remotes. By consuming media that focuses and represents the lives of women of color, we'll be sending a powerful message to the elite in Hollwood and they won't have a choice but to listen and follow the money trail.

What do you think about the lack of diversity in television and film? Let me know on Twitter and Facebook.