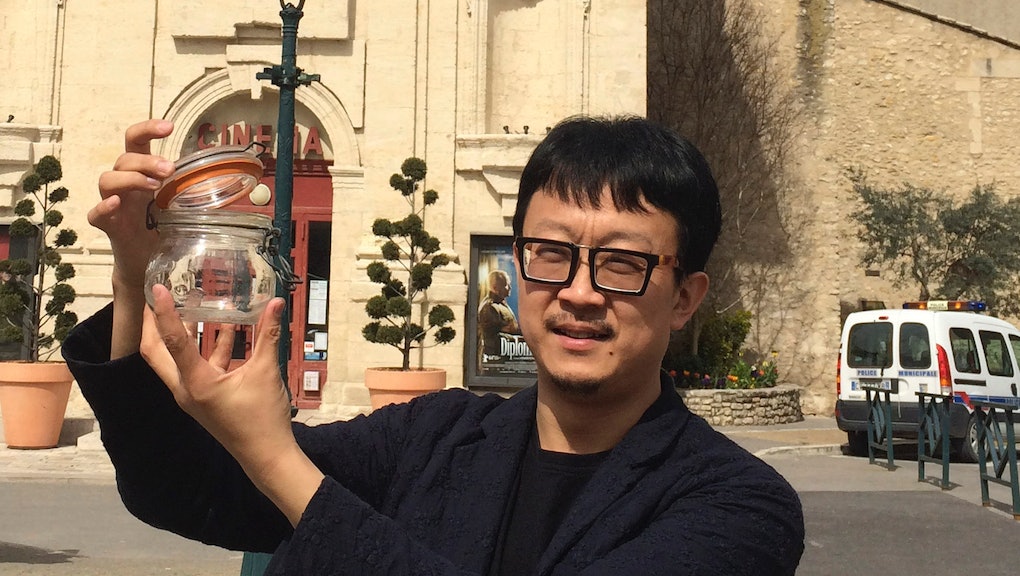 How Much Would You Pay for Fresh Air?

The news: In a country where the very atmosphere around you is toxic, how much would you pay for a lungful of clean Provençal air?

Apparently to one Chinese collector, it was worth $860. Beijing artist Liang Kegang put up a jar of air for auction after he returned from a business trip to southern France. Though his item fetched a shocking price, it was sold not out of need, but as an act of protest against the Chinese government's failure to control its insane smog problem.

"Air should be the most valueless commodity, free to breathe for any vagrant or beggar," Liang told the Associated Press. "This is my way to question China's foul air and express my dissatisfaction."

An unlikely industry. But while Liang's auction may have been tongue-in-cheek, canned air is becoming a disturbing reality. Last year millionaire philanthropist Chen Guangbiao sold 8 million cans of fresh year and donated the proceeds to charity. The cans come in different flavors such as "Tibet" and "Taiwan" and have helped to raise awareness about China's pollution.

Mountain resorts in China have also taken advantage of city pollution to promote their businesses. Last month Guizhou province's tourism bureau began selling cans of air as souvenirs, and in Henan province, a company from Laojun Mountain provided free bags of air to residents of Zhengzhou in a PR stunt.

A hazardous life. But while these businesses may be benefiting from China's smog problem, it is no joking matter. Chinese scientists have compared its effects to that of a "nuclear winter," and unending pollution from the densely populated cities is making the air nearly inhospitable to humans.

The Chinese government has even been faced with a citizen suit, and it has pledged to move power plants and clean up the air in cities. Unfortunately, not much has been done so far. In the meantime, Chinese smog not only threatens the health of its citizens, but it affects weather patterns around the world as well.

So while $860 may not be fair market price for a jar of clean air, it is an accurate reflection of the frustration and fear that many people face in China's polluted cities.