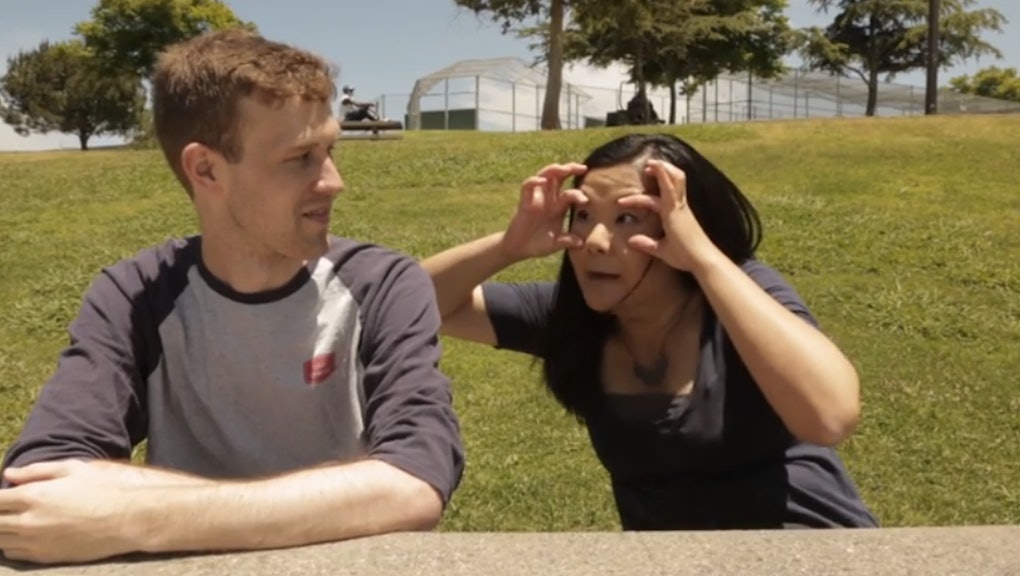 The white majority population of the United States is on its way out, soon to be replaced by a "majority-minority" population. Yet despite their growing numbers and increasing pervasiveness, minority groups are still treated like the "other" — the classic question being, "But where are you really from?"

That's the first racist stereotype turned on its head in BuzzFeed Yellow's latest video, which shows, with that classic trick of role reversal, how ridiculous Asian typecasting has become.

In the video, Asian-Americans comment on their white friends' eating habits, facial features and dating patterns, asking insensitive and occasionally rude questions that parody the same kinds of questions asked by ignorant white people of their Asian-appearing peers.

"Your English is great — were you adopted?" one asks, while another says, "Do you watch How I Met Your Mother? I'm so into white culture."

According to the U.S. Census data from 2012, more than 18 million people — close to 6% of the American population — identify as Asian-American.

BuzzFeed is not the first to address the tired clichés lumped on Asian-Americans. Ken Tanaka, a Los Angeles-based artist, posted a YouTube video for Comedy Week last year called "What Kind of Asian Are You?" in which a white American jogger probes into a fellow jogger's family history until she reveals that her great-grandmother was from Seoul — "Korean, I knew it!" — despite the fact that she was born in California. It turns out that he — "just a regular American" — has only been in the U.S. since his grandparents moved there from England.

Myx TV, an English-language Asian-American entertainment network in the U.S., recently aired a 10-episode series called I'm Asian-American and ... which told the stories of Asian-American individuals not as clichéd sidekicks but as the stars of their own shows — a triplet with autistic siblings, a person who doesn't identify as male or female, a radio DJ.

Videos like those from BuzzFeed and Ken Tanaka shed light on the problem in a funny, quirky way. But not everyone finds the issue of racial stereotyping so amusing. Slam poet Alex Dang explores the topic in a serious, powerful way in his "Mulan-esque soliloquy," explaining the offensive history behind some standard slurs and the damaging effect insensitive questions have on his confidence and self-identity.