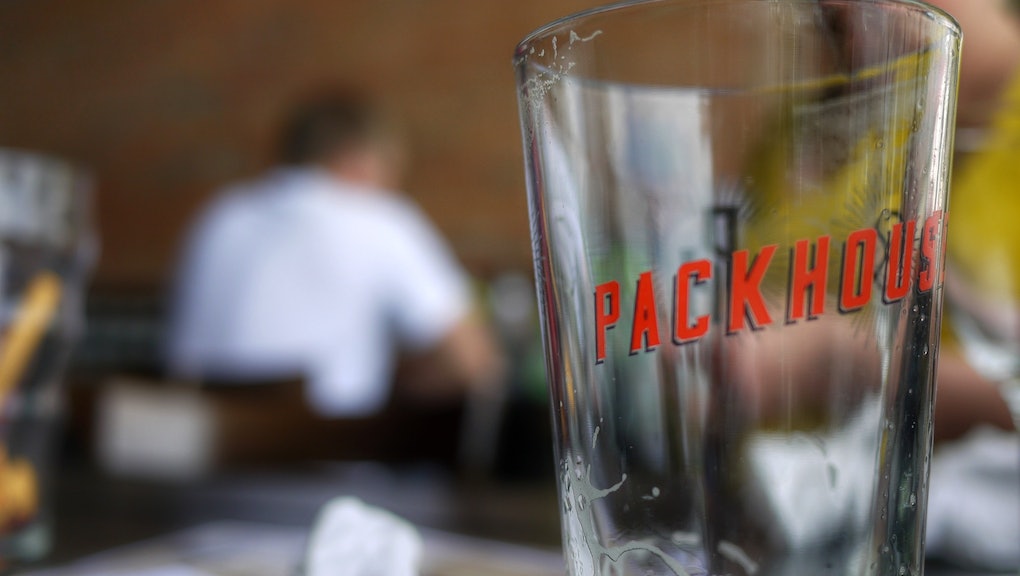 After a Kentucky Restaurant Banned Tipping, Here's What Happened to Servers' Wages

Another restaurant has decided to do away with tipping, in a sign that the recent string of food establishments turning their back on this payment practice is just the, ahem, tip of the iceberg.

Packhouse Meats opened in January in Newport, Ky. There are two rules: It only serves meatballs, and tips are not welcome. So serious are the proprietors about this unconventional policy that "No tipping" signs have been placed around the restaurant, and credit card receipts don't even have the line to add a tip.

"I've heard the horror stories — $3 left on a $100 tab," Bob Conway, Packhouse Meats' owner, told the Cincinnati Enquirer. "How much a server makes has nothing to do with how hard they work. Servers had quit because they couldn't make ends meet."

Instead of getting paid subpar wages and pocketing a few extra dollars here and there, Packhouse servers earn $10 per hour or 20% of their food sales, whichever is higher. Unsurprisingly, it's almost always the 20%.

"We wanted our servers to participate in our productivity by giving them reasonable compensation based on sales. It takes the whim of the customers out of it," Conway said.

Packhouse is just the latest food and beverage establishment to ditch tipping, joining Brand 158 in Glendale, Calif., (the owner said he wanted to discourage competition between his employees), Restaurant Riki in New York (because tipping isn't in line with Japanese customs) and New York's Sushi Yasada (because grading servers and doing math takes the fun out of dining), among others.

There are myriad other reasons to dispose of tipping. For one thing, most other workers don't get paid depending on how well they perform. What's more, a predetermined tip amount doesn't actually incentivize better work, the percentage system doesn't make sense and most people don't even tip enough for the system to work.

Several studies also show that tipping is discriminatory — both whites and blacks tip black servers less than they tip white servers, while attractive blonde women who wear red and flirt gently with their customers are likely to pocket more cash.

A tipping system allows restaurateurs to underpay their staff, leaving the onus on the customer to make up the server's hourly wages. While the national minimum wage is $7.25, the federal minimum for tipped employees is just $2.13, which it has been since 1991. About 1.5 million Americans earned minimum wage in 2012 — but nearly 2 million people made less than $7.25 an hour, according to the Pew Research Center's analysis of data from the Bureau of Labor Statistics.

To be fair, food and beverage workers earned a median hourly rate above the average wage in 2012 — $8.84 an hour — and if tips don't bump a server's salary up to the $7.25 federal minimum, the employer is obligated to fill in the gap. But this doesn't always happen: the U.S. Department of Labor investigated 9,000 restaurants between 2010 and 2012, of which some 85% were found in violation of wage law rules.

With an anti-tipping system in place, that's probably not an issue Packhouse Meats will have to deal with. But until other restaurants adopt a no-tipping policy, here's how much you should be tipping your servers: