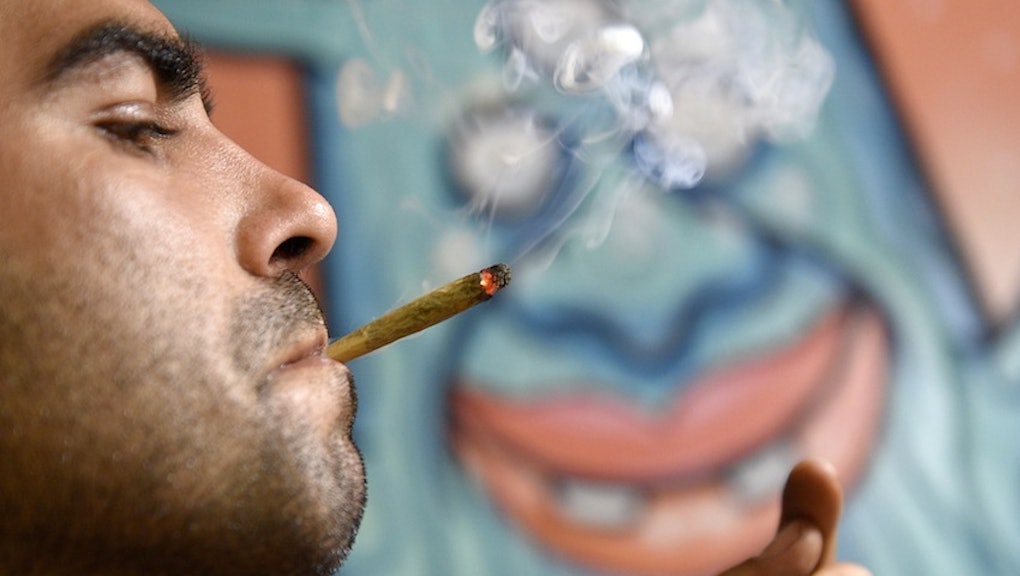 There's just one problem: legalizing medicual marijuana will have the exact opposite consequence on America. Need proof? There are 22 diseases that can be effectively treated using cannabis. That's right, 22.

1. HIV: Regular doses of THC can modify T cell count and decrease the damage to immune tissue in infected primates.

2. Obesity: The prevalence of obesity is lower among cannabis users.

4. Seizures: Through the anticonvulsant properties of two chemical agents in the plant, cannabis is a highly effective treatment to prevent chronic seizures.

6. Brain inflammation: THC and CBD are neuroprotective antioxidants, and are equally or more effective than other pharmaceutical treatments, but without the damaging side effects.

10. PTSD: Post-traumatic stress disorder causes an imbalance of cannabinoid receptors in the brain, which can be brought to balance using cannabis.

11. Osteoarthritis: Cannabis reduces the pain caused by osteoarthritis by correcting an imbalance of cannabinoid receptors in the brain.

12. Crohn's disease: High-THC cannabis has the ability to put Crohn's disease into remission, and is an effective treatment without the negative side effects of traditional steroid treatments.

13. Diabetes: Diabetics who regularly use cannabis have lower levels of fasting insulin.

15. Alzheimer's: While existing Alzheimer's treatments target the disease's symptoms, cannabis is a promising therapy to undo its degenerative effects.

18. Glaucoma: Cannabis reduces intraocular pressure, the effect of the disease that causes blindness.

21. Multiple sclerosis: Cannabis extract may lower the frequency of spasms and diminish immobility caused by MS.

Sorry, Leonhart, you're just wrong: Medical marijauna is on an unstoppable upswing in the U.S. Support is coming from both sides of the aisle, the FDA is close to making major moves towards making it a legal pharmaceutical and more and more states are considering, or already making, the push towards legalizing medical marijuana. Twenty-three states now allow medical marijuana use, and 11 others have limited allowances for CBD (one of the therapeutic compounds in the plant).

If there's any doubt as to whether legalizing will have a positive impact, let the list above be the judge.