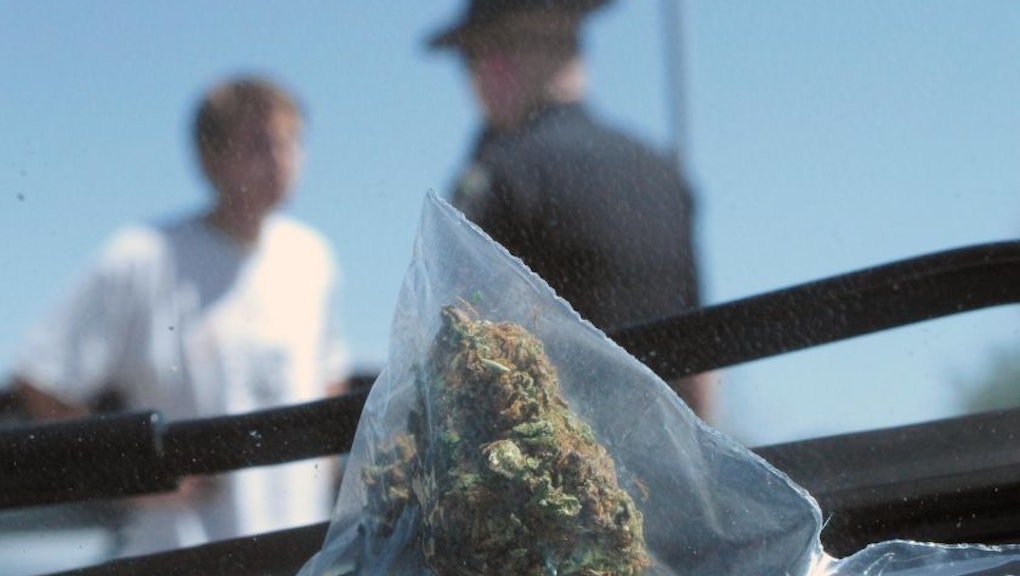 That's the efficiency rate of the Drug Enforcement Administration's (DEA) War on Drugs in America. In 2005, the DEA confiscated $477 million in drug seizures. Meanwhile, the estimated value of drugs sold within the U.S. was nearly $64 billion (477 million / 64 billion = about .745%). So, not only is the War on Drugs is less than ineffective, it's downright useless.

With an annual budge of almost $3 billion, the DEA "wages a battle that involves disrupting and dismantling significant drug trafficking and money laundering organizations, attacking the economic basis of the drug trade, and contributing to counterterrorism activities." But their lackluster efficiency rate proves an inability to deter America's raging illicit drug trade.

What's going on? The government can't keep up the gigantic and fast-paced black market for drugs in the U.S. Even when law enforcement apprehend one end of the drug supply-chain, another drug gang or cartel will just step in and take over.

Why? Because Americans love drugs — at least based on the money spent on the stuff. In 2010, America spent almost $109 billion on just four drugs. And the country, according to a new study, is using more drugs than we previously thought.

The war on drugs is extremely expensive. America is paying an estimated $15 billion in federal funds and $25.7 billion in state and local funding annually to fight the problem, which has absolutely no end in sight.

Meanwhile, taxpayers also contribute to keeping drug offenders off the streets. Forty percent of the world's 9 million prisoners are incarcerated because of drug offenses. And this extremely expensive revolving door produces a high recidivism rate, with a U.S. analysis of 40,000 prisoners in 1994 finding 56% of prisoners "resumed their pre-incarceration offending trajectories."

In April, President Obama announced that he would pardon "hundreds, perhaps thousands" of federal drug inmates imprisoned for non-violent drug offenses. Obama's effort may be paltry considering that the pardons will not affect state level inmates who are higher risk of incarceration for drug crimes, but it's still something.

Insanity is defined by approaching the same thing over and over again in the same way and expecting new results each time. The DEA's approach is looking more insane every day.