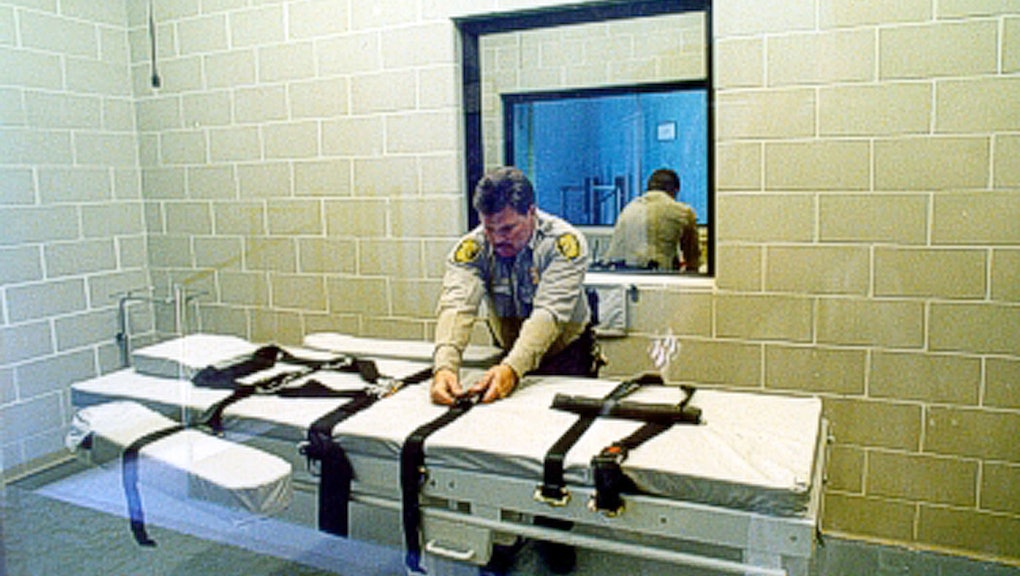 A Federal Judge Has an Outrageous Idea to Fix Capital Punishment

At least, according to Alex Kozinski, the U.S. 9th Circuit Court Chief Judge. In an interview with the Los Angeles Times, Kozinski argued that a firing squad is a better, "messy but effective," alternative to our current method of lethal injection.

His declaration came in response to Wednesday's botched execution of 55-year-old Joseph R. Wood III in Arizona, which took almost two hours. Wood was injected with what his lawyers termed an "experimental formula"; a witness said Wood looked like a "fish gulping for air."

Lethal injections, Kozinski argued in his original dissent, are a "misguided effort to mask the brutality of executions by making them look serene and beautiful ... If we as a society cannot stomach the splatter from an execution carried out by a firing squad, then we shouldn't be carrying out executions at all."

His opinion might warrant a double-take for its bluntness, but it actually points to a larger problem: The state of capital punishment in America has become so twisted that a respected federal judge is suggesting a firing squad is a better alternative.

The current methods we have are cruel and increasingly ineffective. Kozinski is right in one way: Regardless of your opinion on capital punishment, it's clear that at the very least the system needs an overhaul.

As Mic's Tom McKay noted, Arizona and other pro-death penalty states are facing a shortage of the key drug sodium thiopental. U.S. companies stopped making it in 2011, and other countries won't sell it for its intended purpose.

Instead, states are turning to dubious, cruel and inhumane methods of killing their prisoners, like using experimental formulas — without telling the prisoner what's in it. More worryingly, many of those responsible for administering the drugs have no medical backgrounds.

As Laura Dimon argued for Mic, even those in support of the death penalty have to consider that the lethal injection is not the best method.

The public is shedding support. A Pew survey from February indicated that although 55% of Americans support the death penalty, that number has decreased significantly from 1996, when it had the support of 78% of Americans.

The takeaway: "I personally think we should go to the guillotine, but shooting is probably the right way to go," Kozinski told the LA Times.

This is what we've come to? A federal judge suggesting that both an apparatus that beheads someone and a firing squad are better alternatives to what we have now.

And the worst part is that his ideas — while horrific — aren't that outlandish in comparison to the current state of the lethal injection. More and more, we're embodying the "cruel and unusual punishment" we claim to stay away from.

Death penalty opponents would assert that there's an obvious way to fix these problems: Outlaw the practice altogether. While some states have done this, there are others that likely never will. So while Kozinski's options will probably never become law, his instinct to look for other methods is sensible.

The system needs fixing. If we continue to ignore it, the number of cases like Joseph R. Wood III and Oklahoma's Clayton Lockett will only continue to grow.