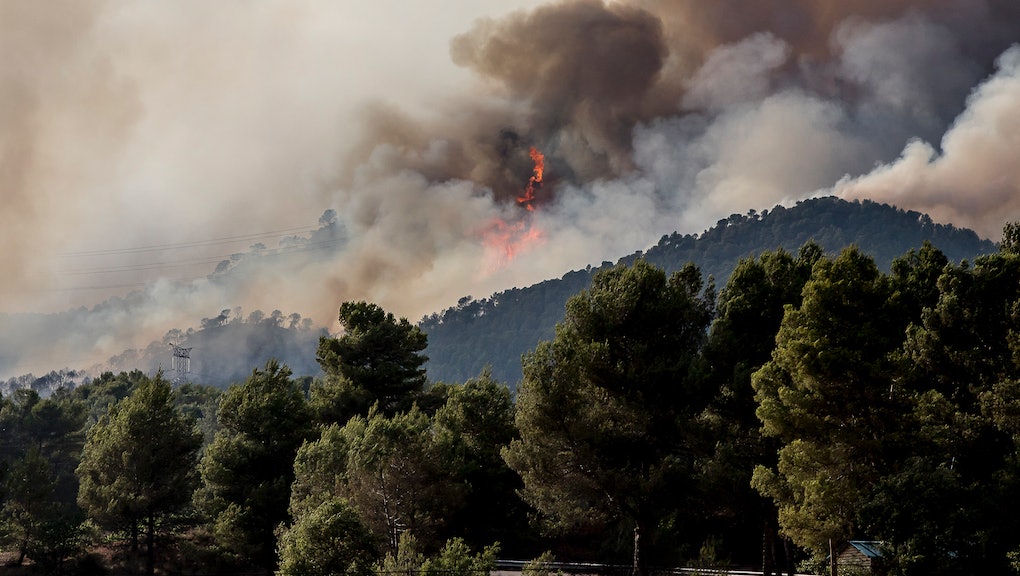 14,000 scientists warn of "untold suffering" if we fail to act on climate change

There are some phrases that should stop you in your tracks. The warning of a future that holds "untold suffering" is one of them. That is exactly what scientists from around the world are cautioning will happen if we don't take the threat of climate change seriously. In a paper published Wednesday in the journal BioScience, more than 14,000 scientists from 153 countries signed their name to research that warns of an incoming climate emergency.

The paper, led by researchers from Oregon State University, uses 31 different planetary variables that tell us how Earth is holding up in the face of humanity's insistence on draining natural resources and pumping greenhouse gases into the atmosphere. The list of checks includes surface temperature levels, rainforest health, and glacial ice levels, along with directly human-controlled factors like the health of the global economy and the availability of fossil fuel subsidies.

If you think of each of those indicators as a vital organ in the Earth's body, you won't be thrilled to hear that a majority of those organs are careening toward failure. According to the paper, 18 of the 31 indicators have reached record levels — and these are not records that we should be trying to break. The density of glacial ice is at its lowest in more than 70 years, according to the report. Meanwhile, greenhouse gas emissions have peaked to an all-time high, despite appearing to have leveled off in 2019 and even experiencing a drastic (albeit short-lived) drop off during the early stages of the COVID-19 pandemic in 2020. That's not likely to change, even as increasingly more countries pledge to decrease emissions. Experts have warned that, even with goals of reaching net-zero carbon emissions by 2050, greenhouse gas emissions will likely continue to rise through at least 2040.

Over on the social side of the equation, we aren't doing ourselves any favors, either — though there are at least some signs of hope. The scientists found that the world is richer than it has ever been, as indicated by global gross domestic product. Then again, it's also as polluted as it has ever been, with some of the highest levels of carbon dioxide, methane, and nitrous oxide concentrations ever recorded in the atmosphere.

If there is one hopeful indicator for our future, it's the fact that fossil fuel subsidies are dropping to record low levels. While there is still an estimated $181 billion available to oil and gas firms and resource exploiters, that's a 42% decline from the amount that was available in 2019. It's also worth noting that renewable energy sources, like wind and solar, are now a cheaper option globally than coal. Even under the coal-obsessed and climate change-denying Trump administration, the United States saw renewables surpass the dirty-burning fuel source for the first time in history in 2020.

The paper published this week is an update on similar research conducted in 2019, which amassed signatures from more than 11,000 scientists. In the time since that paper was initially published, the world has suffered significantly from extreme weather events caused or made worse by climate change. In 2020, an estimated $63 billion in damage and $268 billion in economic loss was caused by natural disasters. Those events, along with the declining state of health for some of the planet's most important indicators, encouraged more than 3,000 scientists to join onto the latest iteration of warning letter. Now it's up to governments, industry, and the rest of us to actually heed these warnings — or suffer through what comes next.