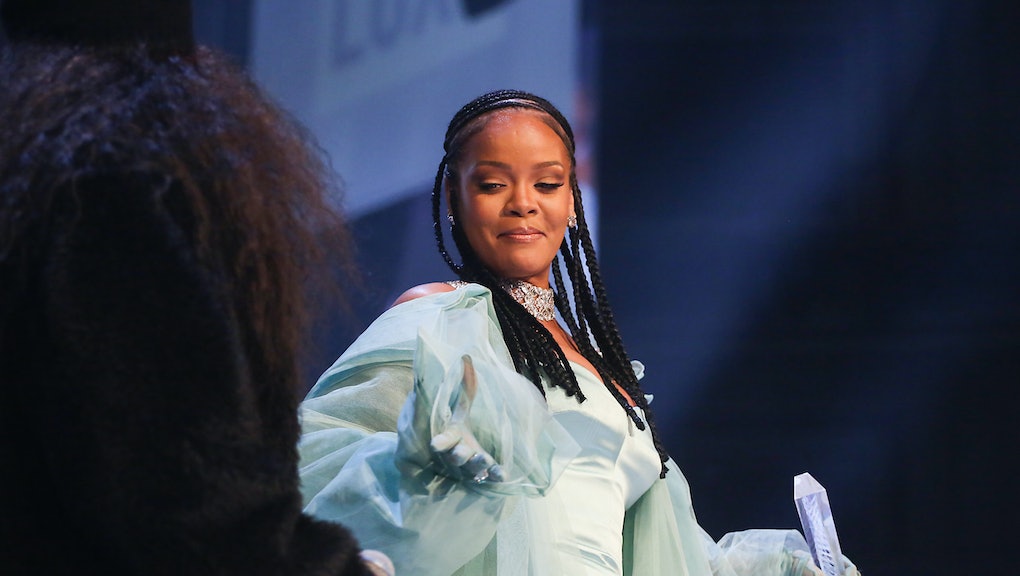 There are many unanswered questions plaguing us as we prepare to depart the year 2019. Perhaps the most pressing: Is Rihanna releasing new music this year? She told us she would. We also really, really, really wanted her to. We actually all embarrassed ourselves trying to beg her for just one little crumb of new music. There were theories that she’d release music after her appearance on the Late Night with Seth Meyers, or after her Savage Fenty fashion show, or after the release of her coffee table book, or after the announcement of the documentary being made about her life.

But with all of those big events, none of them have included new music. There’s been a trickling of details, mostly that have gone unconfirmed. We know that it will be a “reggae-inspired” album, based on an interview with Vogue in October. Last December, she told fans that it would be released in 2019. In January 2019, Rihanna even posted a video to her Instagram story of herself in the studio.

We know that her one-time collaborator and ex, Drake, won’t be on the project either. We know that there were rumors of a song called “Private Loving” with Reggae artist Demarco and British singer Monique. But as the year comes closer and closer to the end, it seems like all the snippets of information we’ve gotten about her upcoming album lead to no album.

In November, we were all so eager for an update, any update, about new music, that Rihanna’s army of fans believed they interpreted a clue to the name of the next album in a selfie she posted to Instagram. “To all my friends/family/coworkers who I have yet to get back to in the past months...please forgive me,” she wrote. “This year has been quite an overwhelming one, and I’m working on that ish called Balance. Brb.”

The Navy determined that “Balance” must be the title of her ninth studio album, which has so far been referred to as “R9.” But it’s been more than a month since that announcement; there’s been no more movement around the name or any other information about upcoming music. Instead, she’s been promoting her luxury clothing line, her book, her music, even a book stand for her book.

And yes, the Instagram post where she slowly applies her Fenty Beauty shimmer bomb was magnificent, soul-nourishing, and beautiful. So was her gloss bomb promo video. Mark me down for all the shimmery beauty products, I will subject myself to looking like a golden disco ball just for you. But Rihanna can’t distract us with shiny videos, even if those videos look like what you would see when the gates of heaven open to you.

We aren’t going to forget about the music though Rihanna! Take your time, do your thing, nourish yourself. But at least give us some morsels of information about the timeline for the album. We’re embarrassing ourselves without any updates.