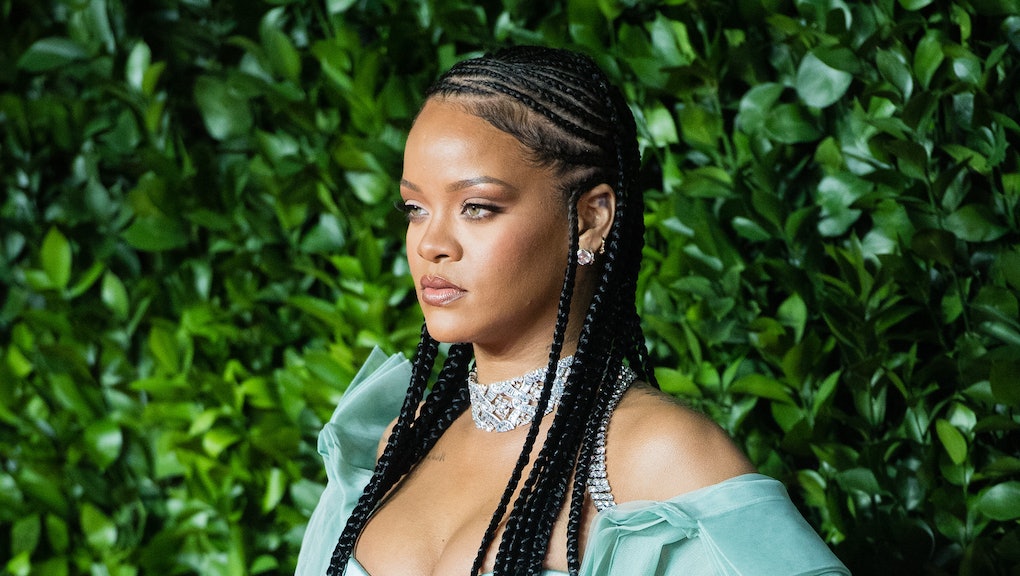 We’ve got just about everything we could have possibly wanted from Rihanna this year: A fashion show, makeup, a diamond ball, lingerie, a book, and now, a documentary about her life. (Still no music, but, if we keep asking for it she might never sing again.) According to The Hollywood Reporter, Amazon has purchased the worldwide rights to the still-untitled documentary about Rihanna’s life.

The film will be directed by Peter Berg, who has also directed Mile 22, Patriot’s Day, and Rihanna’s first feature-length film role, Battleship. (Yes, that Battleship.) Berg told THR that he has over 1,200 hours of footage of Rihanna’s life recorded and has extraordinary access to the singer. The film reportedly is “providing a glimpse into the evolution of one of the world’s most well-known pop artists,” according to THR.

He even has footage of the day that Rihanna’s Bastille Day concert was canceled following a horrific terror attack, which he detailed to THR in an interview earlier this year. “We were in Nice,” Berg previously told THR. “She was going to do a concert on Bastille Day. And that truck driver who killed all those people plowed through them right in front of our hotel. So even in me trying to do something light, I had a very, very front row seat to something that horrific."

Berg and Rihanna’s documentary was shopped around to multiple platforms before it sold. Amazon’s deal closely matches Apple +’s deal with Billie Eilish for rights to her life for an exclusive documentary. The documentary about Eilish’s first year of fame was shot in partnership with her label Interscope records earlier this year. Both deals are big grabs for the platforms, in hopes to distinguish themselves as the streaming platform wars intensify.

Amazon already partnered with Rihanna to produce her Savage Fenty lingerie show, which was a massive success — and is arguably part of the reason that Victoria’s Secret will no longer be running their own fashion show. Rihanna and Berg are both repped by the same agency, WME, which possibly helped the deal go through.

There’s no clear timeline about when the film will premiere, and Amazon has declined to comment. But, if there’s any footage that is like Rihanna and Seth Myers got drunk together, please, release that immediately.