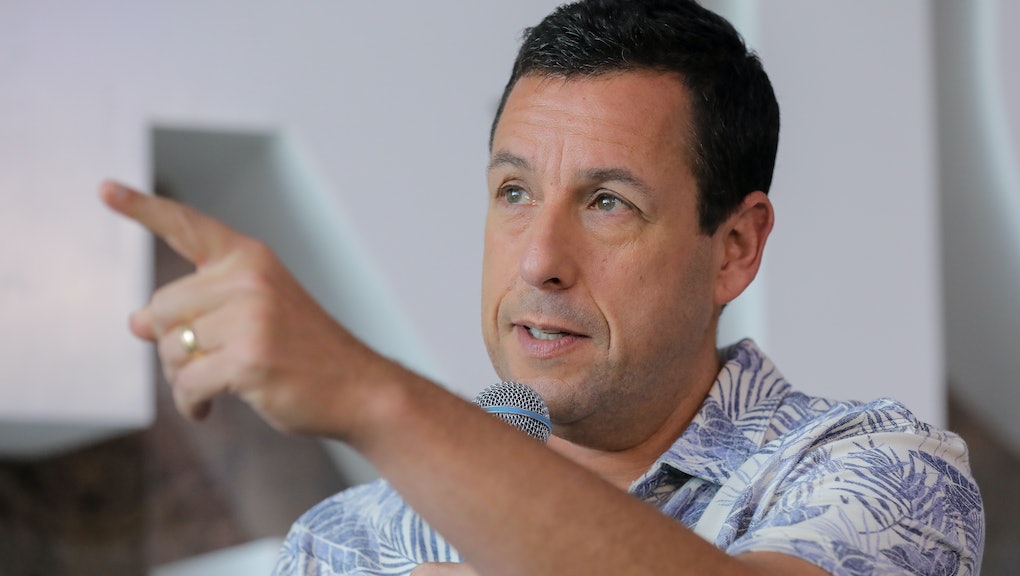 Adam Sandler quietly had the best year ever

Not everyone on the planet had a terrible, horrible, no good, very bad 2019. Adam Sandler, for one, had a fantastic year.

For starters, Daniel Day Lewis, perhaps the greatest actor of our era, complimented his dramatic chops about a month ago. The two are friends, evidently, and the Oscar winner called Sandler up after seeing the Safdie brothers’ new film, Uncut Gems.

Speaking of Uncut Gems, the film has made a dazzling amount of money in its first few days in wide release — more than $20 million in North America alone, making it the biggest premiere to date for indie studio A24. The movie is holding at 93% on Rotten Tomatoes, and Sandler is getting serious Oscar buzz for his role as a dealer in New York City’s diamond district.

While Uncut Gems may dominate the Sandler discourse this year, the Sandman has another reason to celebrate: on Monday, Netflix divulged its most popular movies of the year, and Murder Mystery, co-starring Sandler and Jennifer Aniston, topped the list.

Netflix, which is normally quite tight-fisted with its data, didn’t release viewership numbers. But back in June, the streaming giant tweeted that Murder Mystery had the biggest opening weekend ever for a Netflix original. More than 30 million accounts streamed the well-reviewed comedy-mystery, and a sequel is currently in development.

While Eddie Murphy and Harry Styles gave him a run for his money, Sandler also made a triumphant return to Saturday Night Live this year. His turn as host felt like an extended version of the surprisingly sensitive comedy special he released on Netflix in late 2018. Both Sandler's SNL monologue, addressing his firing from the show in the mid-90s, and his tribute to former co-star and friend Chris Farley were quite moving. Plus, he revived some beloved and very funny characters, like Opera Man.

This year has been something of a renaissance for the Sandman, and we honestly love to see it. Oh, except for when the internet dubbed him sexy. That sort of 2019 chaos is where we draw the line.

More like this
Ellie Kemper apologizes for attending “racist, sexist, elitist” Veiled Prophet Ball
By Tim Brinkhof
Katt Williams to all comedians: If cancel culture gets to you, you weren't funny anyway
By Tim Brinkhof
10 sports documentaries to get you fired up ahead of the Olympics
By Emma Sarran Webster
Stay up to date