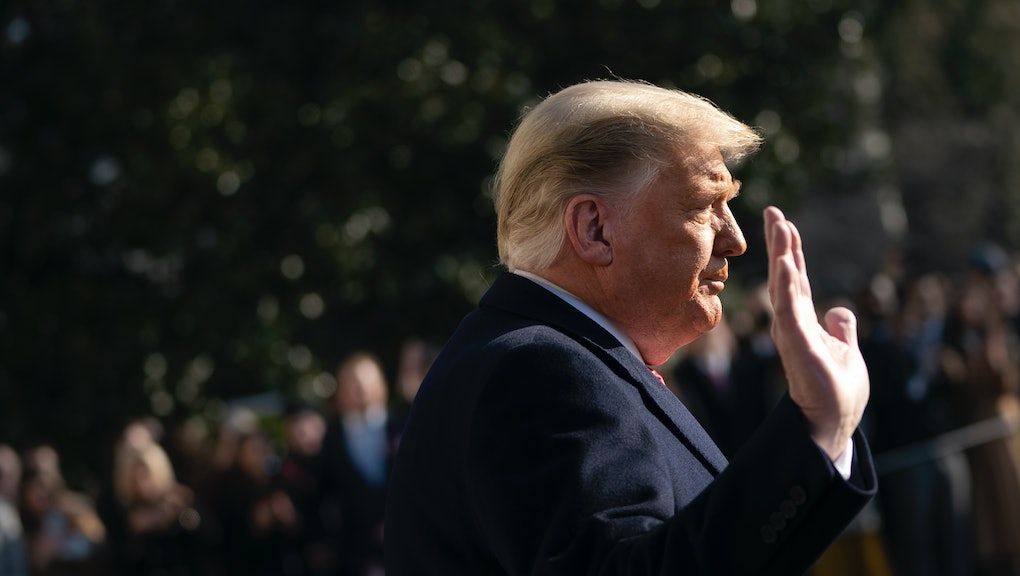 This week, President Trump's term is finally coming to an end. Calling the past four years eventful would, somehow, still be an understatement. But there is one area where Trump seems to have excelled: A recent poll found that almost half of all Americans think Trump will be remembered as one of the worst presidents in U.S. history. That's not much of a surprise, though. In the final month of his presidency alone, Trump has done a lot of things that would be hard for anybody to forget.

Throughout his presidency, Trump constantly overhyped himself and his administration. Who can forget the time he said he did "more for the African American community" than any other president besides Abraham Lincoln? But despite Trump's grandiose claims, a poll conducted by NPR/PBS NewsHour/Marist found that 47% of Americans say Trump will be remembered as one of the worst presidents in the history of the United States.

For the poll, 1,173 adults were interviewed from Jan 11. to Jan 13. As expected, there are clear partisan divides in people's responses. While an overwhelming majority of Democrats (83%) say Trump will be remembered as among the worst, only 13% of Republicans said the same. Still, Trump polled significantly worse than his predecessor, former President Barack Obama. Back in 2016, only 17% of respondents said that Obama was one of the worst presidents in history.

It's clear that Trump has made a name for himself as president — just not in the way he wanted. You could make a highlight reel of some of Trump's worst moments from just January 2021 alone. Take the recording of Trump's phone call to Georgia officials where he asked them to "find" over 11,000 ballots to flip the state in his favor. Or, the fact that he made history as the only president to ever be impeached twice.

Trump is also leaving office with only a 38% approval rating, and the poll also found that 75% of respondents think the country is headed in the wrong direction, which is the highest percentage since 1992. Again, unsurprising, given that white supremacists stormed Capitol Hill earlier this month following a troubling speech by Trump.

On the other hand, people do seem to have faith in President-elect Joe Biden. The poll found that 51% of people approve of how Biden handled himself during the transition — which, given that Trump's administration delayed the process, was way more messy than it ever should've been. Still, Biden is inheriting quite the mess from Trump, particularly when it comes to the pandemic. Biden will need to dramatically boost the nation's vaccine distribution and, to be honest, his first day in office already sounds exhausting.

More like this
Buckle up: The investigation into the Jan. 6 insurrection is just getting started
By Rafi Schwartz
Liz Cheney is ousted from GOP leadership as the Trump cult takes over
By Rafi Schwartz
Lindsey Graham just can't quit Donald Trump
By AJ Dellinger
Stay up to date