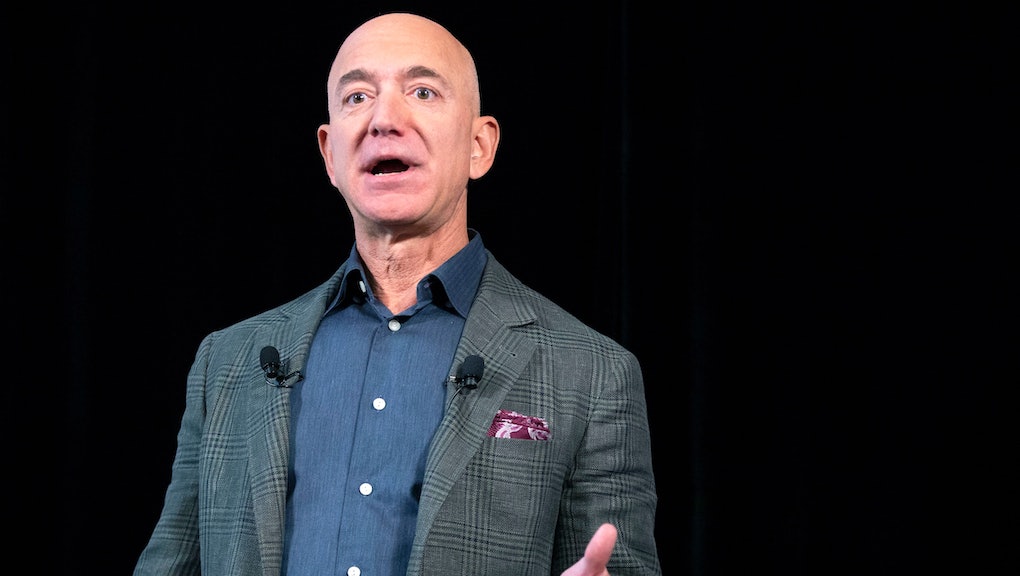 Amazon will host a music festival featuring Beck, The Foo Fighters, and more

Remember when Jeff Bezos took that photo with Lil Nas X, and it occurred to you that Jeff Bezos has the power to taint everything you’ve ever loved, wanted, or needed? The Amazon empire started with books, and now sells everything from paper products to facial recognition software (just to the government). Bezos has proven that he will expand his business in any direction that is profitable, and it looks like his most recent pursuit is music festivals.

Amazon will host a music festival with a lineup of critically acclaimed artists: Kacey Musgraves, Beck, The Foo Fighters, Jamie xx, Spoon, Thundercat, and more. The festival will be called Intersect, and in addition to the music acts, there will be “1 million square feet of games and activities” in the Las Vegas festival grounds. Intersect promises “a dodgeball game in a post-apocalyptic arena,” a “ massive ball pit”, and dozens of interactive experiences.”

The whole setup seems like it could be big enough to rival that of Coachella, though the ticket cost is significantly lower. For a one day pass, it’s $99, and for a two-day pass, it’s $169. The two day VIP and VIP+ packages run significantly higher, for $549 and $849 each. But instead of being its own separate entity, the music festival is part of the Amazon Web Services conference, making it part of a larger, more multifaceted tech event that’s open to the public.

It’s unfortunate that it is that Bezos’ empire is toeing into the realm of music festivals. Everything he touches comes with the weight of all of his company’s bad deeds — the poor pay of his workers, the contracts Amazon has with law enforcement, the negative environmental effects of two-day shipping. It might be hard to enjoy the soft crooning of Kacey Musgraves when thinking about all of that, but it was probably inevitable that Amazon entered this industry. They’re already in the film industry, through both streaming and production, and they recently launched their own high-resolution streaming platform.

According to Time, Coachella earned $114.6 million in 2017 alone, and the market for music festivals are huge. A Billboard report found that roughly 32 million people attend festivals each year and that millennials are more likely to invest their money into experiences like festivals than other things. So there’s a huge market to reach, and Intersect, which not only boasts a competitive line-up of artists but a vast number of experiences for festival-goers to enjoy, also runs cheaper and is during the winter (December 6 and 7) rather than the spring or summer, which is when the majority of festivals run.

Avoiding Amazon in your life might become increasingly hard to do; not only is it where you can buy toilet paper for same-day shipping, but it is also where you can watch critically acclaimed films and television shows and buy tickets to a festival where all your favorite artists play. Amazon is terrifyingly unavoidable.