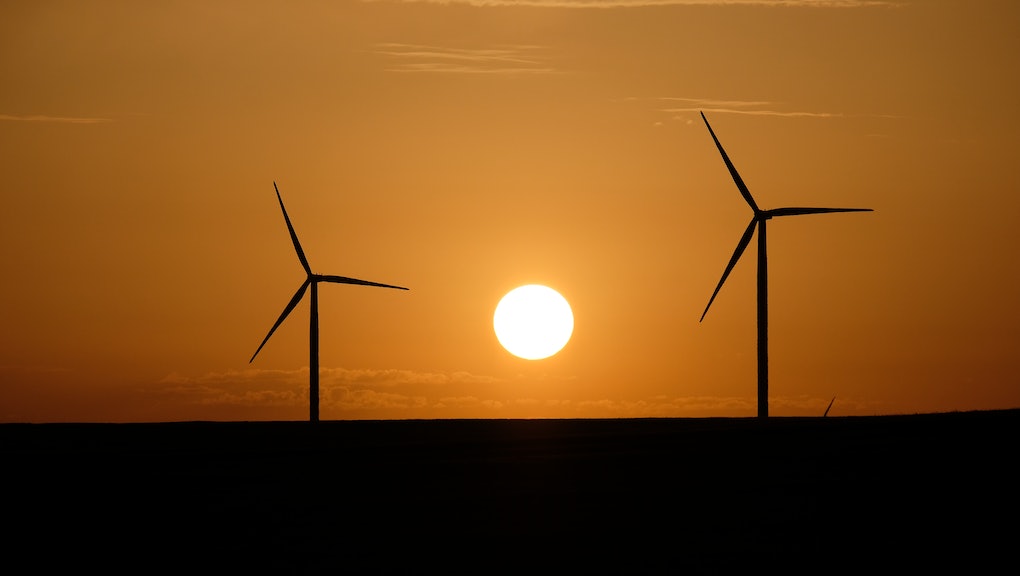 Amid daily reports of catastrophe, Americans are finally starting to realize climate change is bad

Maybe it's the entire decade straight of record-breaking temperatures, the sight of environmental devastation across the planet, or the multiple extreme weather events that are simultaneously plaguing different parts of the country, but Americans seem to finally be coming around to the idea that climate change is a real problem. New polling conducted by YouGov and The Economist found that Americans now rate climate change as the second most important issue facing the country, with a growing number of people recognizing that the issue is serious and requires addressing.

The rising concern about our warming planet marks the first time since YouGov and The Economist started polling in 2009 that climate change ranked as the second-most important issue in the minds of Americans. With 13% of Americans ranking the issue as their top priority, climate change now trails only health care as the biggest issue facing the country, per the survey. The poll also found that about 2 in 3 Americans are "very" or "somewhat" concerned about the effects of climate change, and that the issue has seen a significant uptick in importance among the general public since President Biden took office in January.

Of course, it's not all good news, because god forbid we have something nice without caveats. Somehow, just 60% of Americans believe that climate change is the result of human activity. This is largely driven by ongoing doubt among Republican voters, who still question the scientific consensus that recognizes that the massive amount of greenhouse gas emissions produced by humans have resulted in the planet warming. In a likely related finding, about 35% of respondents to the poll said that they believe the threat of climate change has been exaggerated. Given that another poll conducted earlier this year by the Yale Program on Climate Communication somehow found that a majority of Americans believe that climate change won't affect them, it's probably not surprising that more than one-third of people are still under the impression that things aren't so bad.

But let's forget about that disturbingly large minority — because they are now the minority, and most people are ready for action on climate change. And luckily, there is some action brewing. Biden has proposed a massive infrastructure package with more than $2 trillion in spending, including lots of investment in clean energy like wind and solar power. While that original proposal has gotten watered down by bipartisanship, the American people are ready to do the damn thing. The Economist's poll shows a nearly 40% net-positive opinion on Biden's infrastructure plan.

That is backed up by some other polling recently released by think tank Third Way and the University of California at Santa Barbara. Earlier this week, the pair published findings that showed widespread support for transitioning to a clean energy grid by 2035. Even in deep red states like Texas, the polling found more than 60% support for ditching fossil fuels and moving to wind and solar power. The best shot at accomplishing that might be in a reconciliation bill that Democrats are planning to pass through the Senate, which senators like Bernie Sanders have made sure includes a clean energy standard that would require future energy production to come from renewable sources.

It's a shame that it took so much outright devastation from climate change to finally get Americans' attention. It's also a shame that people are only getting invested now, when the window to fight off the worst effects of climate change is closing. But better late the never, I guess.