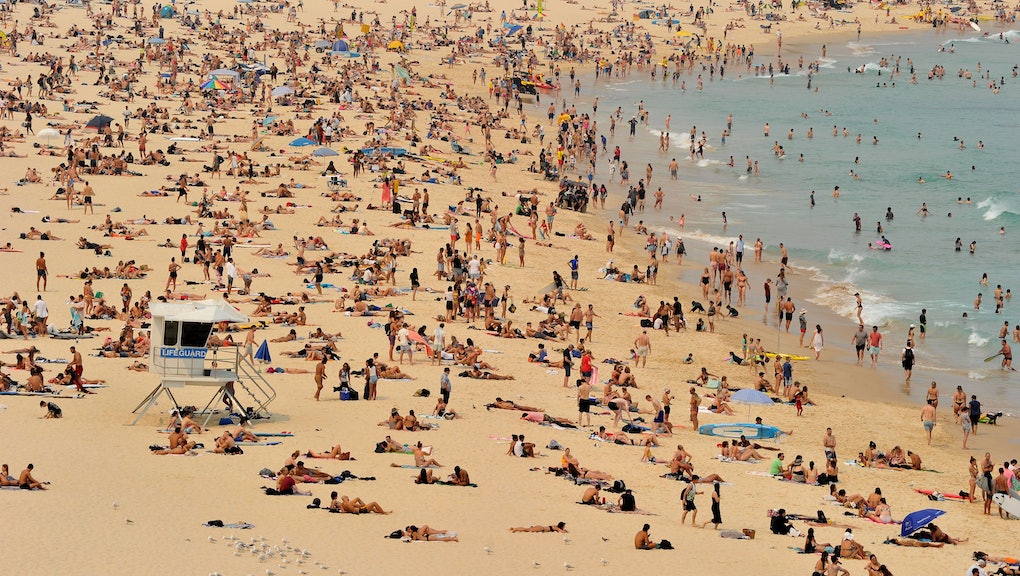 Now that the 2010s are officially over, it's safe to say that there were a lot of changes over the past 10 years. Notably, weather across the world took a dramatic turn and the last decade is now officially the hottest on record. With many experts saying it's a reflection of global warming, this trend could continue into the 2020s.

If you've been keeping track of the weather, this news doesn't come as a surprise. In 2019, June, August, and September broke records as the hottest of their respective months. July 2019 ended up beating out all of them as the warmest month ever recorded.

With all of those record breaking months in 2019 alone, the National Oceanic and Atmospheric Administration (NOAA) released a November report predicting 2019 to be the second-hottest-year ever recorded was to be expected. Spoiler: they were right and 2019 ended up breaking over 100,000 records in the U.S. alone.

In fact, the NOAA and NASA issued a joint statement saying that the past five years were collectively the warmest on record. These measurements have been taken for the last 140 years, so that's nothing to scoff at.

The trend isn't new, though, with NASA's Gavin Schmidt stating, "Every decade since the 1960s clearly has been warmer than the one before."

Depending on where you live, you may not feel the immediate consequences of these record-breaking temperatures or climate change altogether. For example, if all a hot September means is that you have to run the air conditioner another month, it can be easy to miss the seriousness of these situations.

The impacts of climate change have long been felt in the Global South, though they often went ignored. Ugandan climate activist, Hilda Flavia Nakabuye, told delegates at COP25, "Voices from the global south deserve to be heard... we are humans who do not deserve to suffer a crisis that we did not create."

You can look at increased flooding in East Africa along with long droughts, excessive rains, and wildfires in Brazil as examples. Researchers have also found that the world's ocean in 2019 were the warmest since records began in the 1950s.

"We now have clear evidence that people and ecosystems are being impacted across the world, from the equator to the poles, from both in the ocean and on land, from the coastal areas to the high elevations," Noah Diffenbaugh, an earth science professor at Stanford University, told BuzzFeed News.

If the countries responsible for climate change do not take adequate steps to deal with what they've caused, these rising temperatures will become the new norm. With them, there will undoubtedly be worsening climate disasters, including wildfires, droughts, and more.