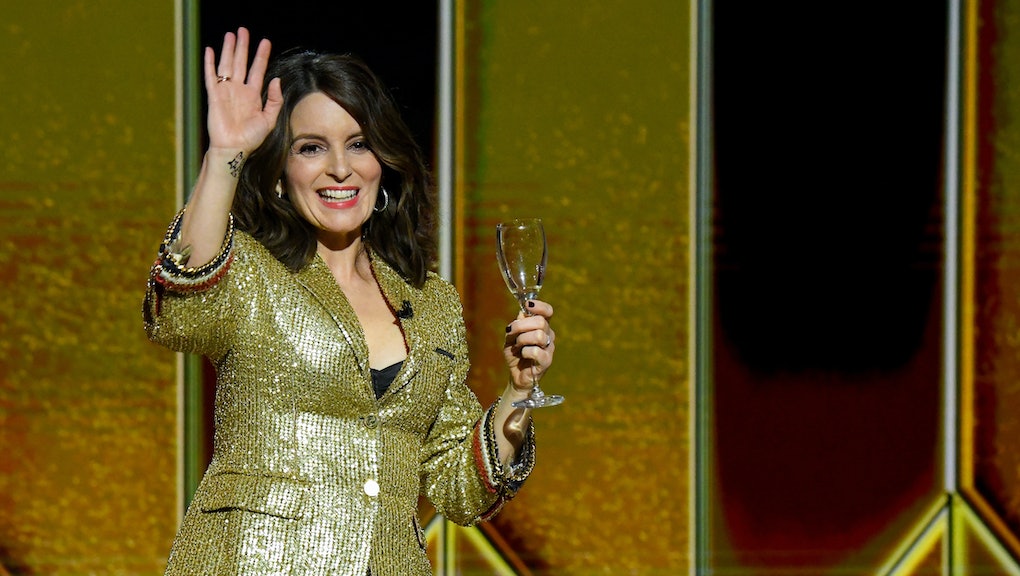 Award shows are useless. Why don't we just get rid of them?

No matter your vantage point, there’s almost never a good reason to ascribe coherent ideology to the ebbs and flows of TV ratings. They’re usually headed in one direction — down — and that isn’t due to any lib-owning or other unified political statement. That said, the Golden Globes’ tumble into the dumpster over the weekend is significant enough to let yourself run wild with theories.

Plummeting 62 percent down to a mere 6.9 million viewers, it’s the kind of catastrophe to make you wonder if the public’s disinterest runs deeper than pandemic malaise. Sure, everyone stayed home and streamed media this year, but evidently few of the nominated movies inspired people to the point of caring. Even as someone who keeps up with movies more than the average filmgoer, I felt this too — less urgency to catch up with the buzziest releases, and harder to justify the $19.99 rental price for something I would have normally been able to see in a theater for half the cost. And on the TV side, well, it’s harder to care when Emily in Paris was up for Best Musical or Comedy Series.

Not that it’s a marquee event for an Oscar bellwether, or even one you can watch on the major networks, but the SAG Awards are already preparing to avert flopping like the Globes in a truly novel way: smushing everything into a lean hour of pre-recorded segments, featuring all 13 awards and some bonus Mary Steenburgen. This is the right idea, especially during a pandemic that would otherwise lead to odd, technically clunky award shows, or riskier in-person arrangements. But what if they went an extreme step further, and got rid of these award shows outright?

Don’t get me wrong: I’m a sicko who guzzles up the endless poison of award shows — the type of person who finds himself grousing about their length and not having a particularly good time watching them, despite scrolling through predictions, months in advance, and not missing a second as the runtime yawns past three hours. There’s a grotesque sort of trash-fire-embracing fun to be had here. It’s just time to imagine a better world where these things don’t hog up five or so Sunday evenings every year.

As it turns out, some pundits already forecast this fate for the Globes. With the Hollywood Foreign Press plagued by cartoonish allegations of corruption which may or may not have led to top nominations for Emily in Paris, a new report revealing that none of the Globes’ 87 voters are Black, and a bevy of lawsuits, it may not be worth the hassle for major networks. Critic Mark Harris recently outlined the relatively unlikely scenario of the Globes going down for good, but notes that it’s closer than ever to becoming a reality.

The major awards shows — Oscars, Emmys, Grammys, and Tonys — are almost certainly not going anywhere, but most face similar crises of corruption, racism, irrelevance, and interminable runtimes. Assuming the dwindling public interest in all nationally televised events continues — along with the networks’ diversion to their own streaming services — then the shape of these shows could certainly change in the coming decades.

But what could take their place? I’ve always been partial to awards guru Kyle Buchanan’s suggestion that nominations be announced on Oscar night, but let’s take it a step further. Think of the way Pulitzer finalists and winners are announced all in one fell swoop, in the middle of the day, without the sustained public jockeying of a typical Oscar campaign. The publishing world certainly has issues of its own in administering ethical awards, but, hey, at least I don’t have to watch some late-night host make self-referential jokes about them for a few hours every February.

The outright abolition of award shows would have little-to-no impact on the memory of cultural products. With a few notable exceptions — Parasite most recently — it’s exceedingly rare that the films and shows and albums awarded the top prize actually end up being the historical markers of an era, and rarer still that they reflect the broad spectrum of diverse talent within a given industry. If we can’t get rid of them altogether as a dated arbiter of artistic merit, then maybe the one-hour, all-business runtime of the SAG Awards can be the gateway to a better future. Maybe those extra two hours can contribute to a more gratifying use of my time, like rewatching Sam Raimi’s Spider-Man for the 40th time.

More like this
In 'Roadrunner,' Anthony Bourdain shows us the beauty of the mundane
By John Saward
Black Widow shows Hollywood can handle a dark female superhero (finally)
By Chloe Stillwell
Phoebe Bridgers and John Mulaney announced tour dates and the internet imploded
By Chloe Stillwell
Stay up to date