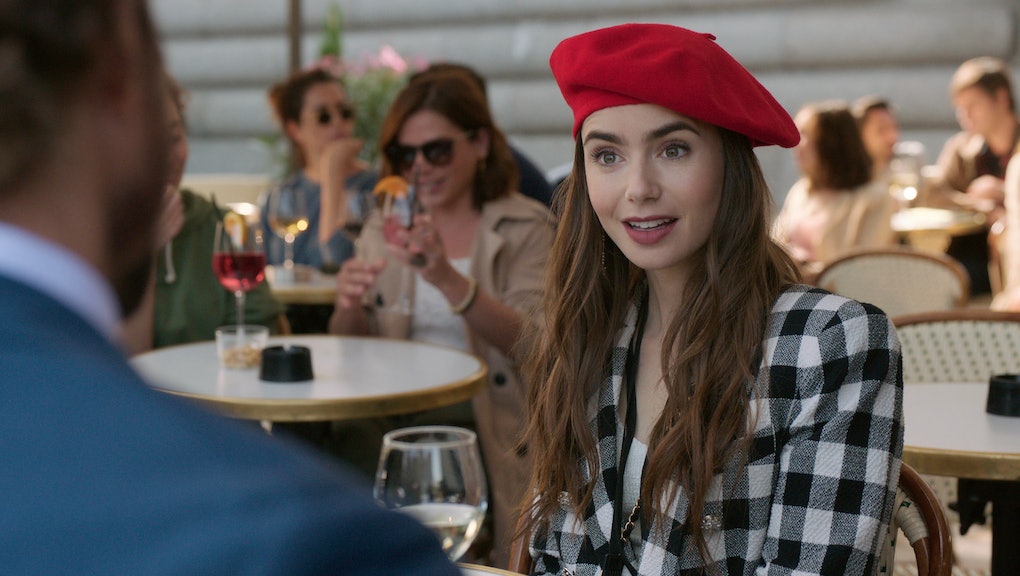 There’s always something to make you go "huh" when the Golden Globes nominations drop, and this year offered its fair share of options — like Sia’s egregious Music landing top nods in the Musical/Comedy categories, or Michaela Coel’s I May Destroy You getting totally snubbed. But one of the biggest head-scratchers was certainly Emily in Paris, the mediocre slice of Netflix tourism.

Well, it may not have been simply a matter of taste. On Feb. 21, the Los Angeles Times reported Paramount Network (the studio originally behind Emily in Paris before Netflix bought the show in 2020) flew more than 30 members of the Golden Globe-voting Hollywood Foreign Press Association (HFPA) to Paris for a lavish set tour. One HFPA member told the Times they were treated “like kings and queens,” and the wild details certainly back it up. The Times reported:

“While there, Paramount Network treated the group to a two-night stay at the five-star Peninsula Paris hotel, where rooms currently start at about $1,400 a night, and a news conference and lunch at the Musée des Arts Forains, a private museum filled with amusement rides dating to 1850 where the show was shooting.”

Seems like an unusual quirk for a pre-emptive awards’ campaign; nothing to see there. Another HFPA member, who didn’t attend the junket, told the Times this Emily in Paris nomination debacle is illustrative of the Globes’ wider diversity issues. “There was a real backlash and rightly so — that show doesn’t belong on any best of 2020 list,” they said. “It’s an example of why many of us say we need change. If we continue to do this, we invite criticism and derision.”

Per Us Weekly, a source for the studio denied flying HFPA members to Paris and said the members stayed at the Peninsula under a group rate and ate buffet-style breakfast and lunch meals while there.

The Times piece on the Globes' tumultuous history is worth reading in its entirety, cycling through the strange nomination oversight and legal pitfalls of the HFPA — including a now-dismissed antitrust lawsuit.

Of course, the Golden Globes don't stand completely alone. Most award shows seemingly operate in sketchy territory in one form or another — the Grammys’ latest Album of the Year slate certainly might contribute to allegations of corruption — but it looks like the Globes's ability to do so might be coming to an end.

More like this
'The Nevers' will be so much better when Joss Whedon has nothing to do with it
By Kara Weisenstein
Nobody is more qualified to host 'Jeopardy!' than LeVar Burton
By Kara Weisenstein
The debut of 'Gutfeld!', Fox News's new comedy show, went about as well as you'd expect
By AJ Dellinger
Stay up to date