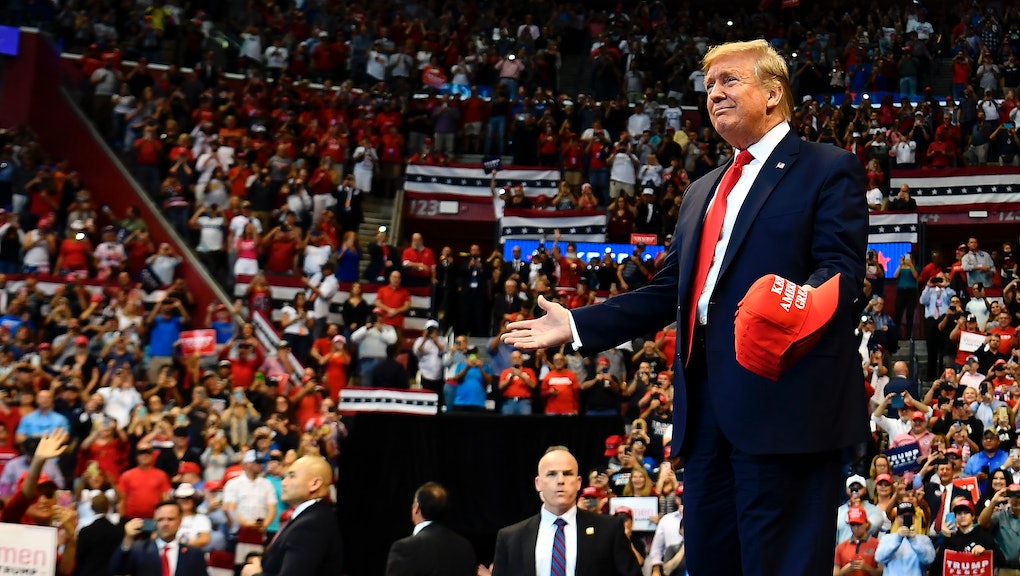 Brace yourselves, folks: Trump's MAGA rallies are coming back

The last time Donald Trump headlined a major political rally, it ended with a throng of white nationalists, misogynists, seditionists, and conspiracy theorists storming the United States Capitol, threatening to hang the vice president, and generally throwing the country into one of its worst political crises of the past century.

And now, according to one of his top aides, Trump could be on the cusp of bringing back the Nuremberg-esque rallies that defined his presidency, and brought a traveling circus of violence and stiffed bills to cities across the country.

In part, the resumption of Trump's MAGA rallies makes a degree of sense: The former president is reveling in something of a ego boom lately, with the GOP rending itself asunder in his name, and Facebook's Oversight Board's decision to keep him banned from the platform for at least six more months giving him a surfeit of grievance with which to animate his base. That a man who craves adoration and power above all else would capitalize on this wave of attention by bringing back the one part of his time in office that seemed to bring him any sense of actual pleasure is something of a no-brainer.

With Trump not actually running for office himself — at least, not anytime soon — it's hard to say what the point of his new phase of MAGA rallies will be, beyond "everybody clap for me while I dry-hump an American flag." While it's entirely possible that Trump will use the rally circuit as a way to roll out his supposedly forthcoming list of political endorsements ("[Trump] has already begun to vet and endorse candidates for 2022, with an eye toward electing not just Republican candidates, but America First Republican candidates," according to Miller), it's just as likely that he'll simply roll into town, soak up the cultish love from a cheering crowd of dedicated MAGA lunatics, and leave it at that. No need to overly complicate things with unnecessary distractions like "political calculus" or "congressional forecasting." To the extent that Trump cares about the future of the GOP, it's only in service of how the GOP can best suit his personal need to grift and be praised for it.

All told, if Trump does bring back his MAGA rallies, it seems safe to assume it'll be something of a greatest hits tour: "Big Lie"-this and "your favorite president"-that. Nothing groundbreaking to speak of. Because if Trump has proven anything, it's that he knows what works for him and him alone. He simply can't be bothered to do anything beyond that.