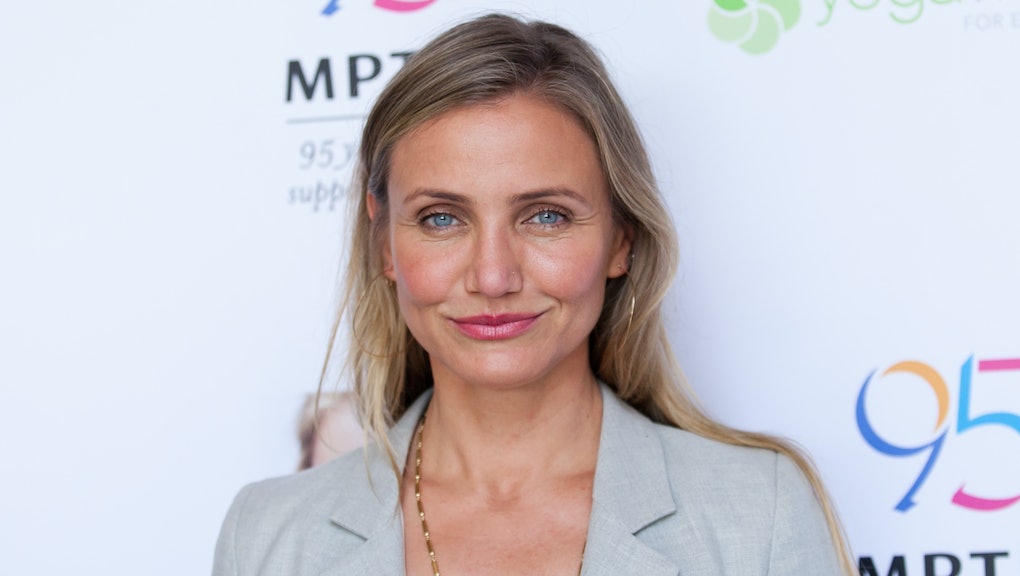 Cameron Diaz quitting Hollywood to "feel whole" is such a flex

She starred in a lot of people's favorite films from the 1990s and 2000s, getting her big break in The Mask, headlining blockbusters like There's Something About Mary and Charlie's Angels, and charming fans in The Holiday. In 2014, Cameron Diaz played Hannigan in the Annie remake, then simply stopped making movies. In 2018, while chatting with her costars from 2002's The Sweetest Thing, Selma Blair and Christina Applegate, for Entertainment Weekly, Diaz casually revealed she's "actually retired." She'd made enough money as a movie star and was simply done.

It's a powerful flex, to dominate the box office for a couple of decades, then quietly slip out of the public eye, marry a rock star and start a family. For the record, that's exactly what Diaz did: after quitting acting, she met her husband, Good Charlotte's Benji Madden, and the couple welcomed their daughter Raddix in December 2019.

Diaz clarified her reasons for quitting acting while chatting with Kevin Hart in his wine cellar on his Peacock talkshow Hart to Heart. (Related fun fact: in her "retirement," the 48-year-old star also launched a "clean" wine brand.) Anyhow, it sounds like she's genuinely living her best life these days. Cheers to quitting as a means of self-care! It's powerful watching influential women defy outside expectations to protect their own wellbeing — like Simone Biles and Naomi Osaka, who made similar decisions recently.

Diaz told Hart that around the time she turned 40, she was sick of being treated like a commodity. She explained that "when you're the person on the screen, the person who's the 'talent,' everything around you [...] has to be handed off to different people." She didn't feel like she had a big enough role in her own life. "Me as a human being — not me as Cameron Diaz, because Cameron Diaz is a machine — but for my personal, spiritual self, I was realizing that it's kind of like that one part of me that was functioning at a high level wasn't enough," Diaz said.

The star noted that she loves acting and "could go forever," but made the decision to step away from her Hollywood career because "it was so big." Diaz told Hart, "I just really wanted to make my life manageable by me. My routine in a day is literally what I can manage to do by myself. It's the best feeling. I feel whole."

It's also fascinating to get a little glimpse behind the curtain of mega-celebrity and hear about the personal cost of feeding the fame machine. Diaz has never seemed bothered by other people's expectations for her. Over the years she lambasted society's sexist double standards for single women and was proudly childless well into her forties. Of course, walking away from movie stardom is a lot easier when you're already fabulously wealthy. By the time she quit the grind, she had a pretty nice nest egg.

Still, her trajectory is inspirational. It's also a nice reminder that being famous isn't all it's cracked up to be, and work doesn't have to be your entire life. Everybody's path is different.