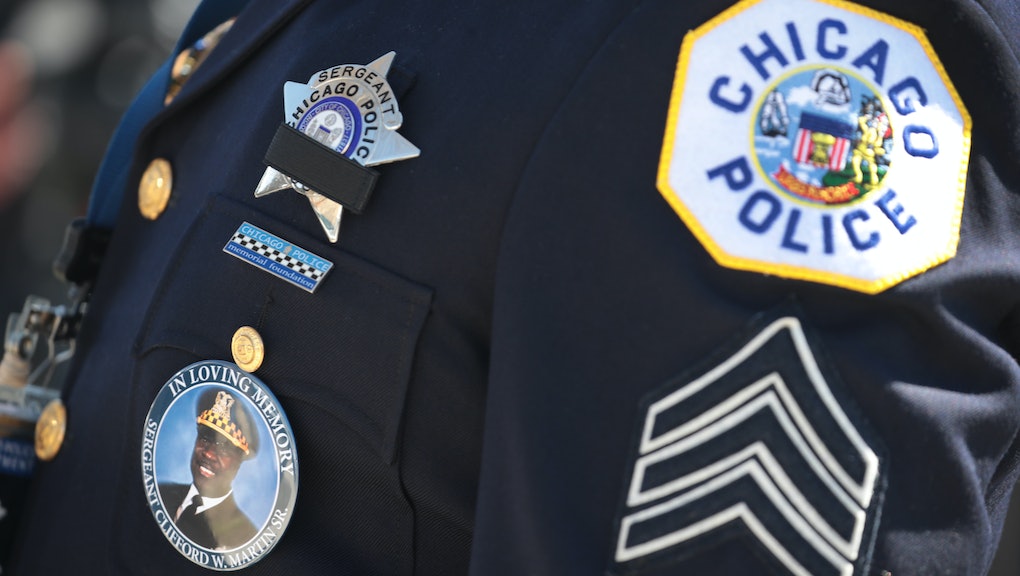 The Chicago Police Department has had more than its fair share of scandal, controversy, and police misconduct stories in recent years. From the Laquan McDonald shooting cover-up to the discovery of the Jon Burge’s infamous police torture black sites, the city’s law enforcement has time and again come under necessary scrutiny. This summer’s series of protests and uprisings across the country in response to the police killing of George Floyd has spurred another national conversation about police brutality and misconduct, followed quickly by a wave of attempts from local officials to appease protesters with promises of change.

The 34-member working group was expanded from its original 20 members earlier this summer to include a smattering of community activists, faith leaders, residents, civil rights workers, and politicians alongside the working group’s co-chair, Chicago Police Deputy Chief Ernest Cato. According to reports from Chicago’s NPR affiliate news source, WBEZ, the group met for three hours every week since the announcement in mid-June and put together a list of 155 recommended changes for CPD’s review.

The full list of recommendations, in addition to an annotated version of CPD’s original use-of-force policies, is available to view here. The most notable among them include reserving Tasers for instances where someone presents an imminent threat of bodily harm to another person, requiring that force only be used as a last resort, and banning chokeholds — all of which were rejected.

It’s certainly easier to justify kneeling on someone’s neck until they suffocate to death if you didn’t consider them to be a fully dignified human being in the first place.

WBEZ reported that a sizable portion of the working group was understandably frustrated by this news, with several members calling the process and its proposed intention of improving policing in Chicago a “sham.” To be frank, you’d be hard-pressed to find a police reform-focused community working group anywhere in the country that ended with a satisfying outcome, but this instance is still a damning one.

Of the five accepted suggestions, one is to simply change the word “subject” to “person” throughout the policy document, which Cato claimed will go a long way in encouraging law enforcement to humanize the individuals they interact with on a daily basis. “You’re taking the word 'subject' out and you’re making it a 'person,'” Cato said, according to WBEZ. “We’re now humanizing that individual, who you’re encountering ... so I think that’s huge.”

The idea that law enforcement consistently dehumanizes the Black and brown residents that their policies are designed to target is not a novel one. It’s obviously much easier to argue that you feared for your life if you say that the unarmed person you killed looked like a demon, for example. And it’s certainly easier to justify kneeling on someone’s neck until they suffocate to death if you didn’t consider them to be a fully dignified human being in the first place.

But it’s certainly a wild admission to make in 2020 that Chicago’s more than 13,000-member police force needs help understanding that people are, well, actual people. And while the writer in me certainly advocates for the importance of language, it’s very obviously concerning that Cato appears to think a simple change in terminology is sufficient enough to address an existing bias that far too often has fatal results.