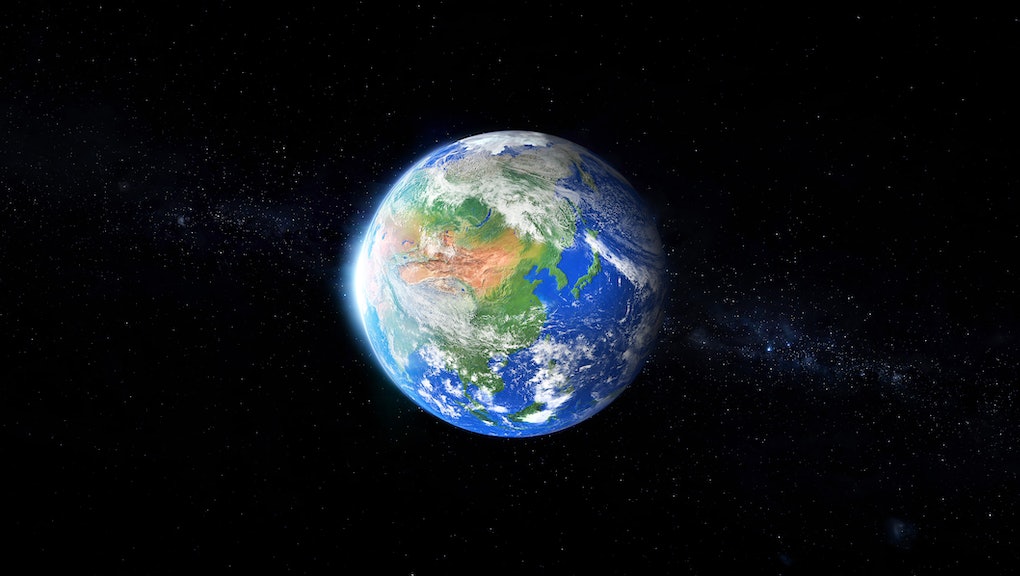 Climate change has literally knocked the Earth off its axis

Have you been feeling off-kilter lately, like you just can't find your center? Yeah, well, you and the Earth both, buddy! According to a study published in the journal Geophysical Research Letters, the ongoing effects of climate change have literally knocked our planet off its axis and resulted in the rotational poles moving in new directions.

Using Gravity Recovery and Climate Experiment (GRACE) satellites that are designed to measure and track Earth’s shifting mass, scientists have recorded how the planet's poles have moved over the course of the last decade. They found that between the years 1995 and 2020, the poles have started moving at a rate 17 times faster than they were during the period of 1981 and 1995. Interestingly, as the directional shift was getting faster, it was also getting weirder. Researchers found that around the year 2000, the poles started moving in an entirely new direction — and at a rapid pace.

Polar drift is something that occurs naturally and usually happens slowly. The poles move to adjust to the shifting shape of the planet, which can change when the Earth's mass changes. Prior research has shown that geophysical activities like earthquakes and other tectonic shifts can play a role in this by moving land around. But something that places a much bigger role in changing the planet's mass is water. Previous studies have found that groundwater depletion, often the result of massive droughts, can cause rotational poles to move.

A pretty major source of changing water? Melting ice sheets and glaciers. Around the same time that researchers observed the Earth's axis moving in a new direction, the Arctic sea ice also started to melt at a previously unprecedented rate, according to data from NASA. The researchers concluded that the warming of the planet and melting of ice accounted for the majority of the shift in the rotational poles since the 1990s. We've lost an estimated 28 trillion metric tons of ice since 1994, a rate that scientists have called "mind-blowing," and which is unlikely to stop any time soon — meaning polar drift will likely continue as the planet is reshaped by our activity.

Just how big of a deal is the fact that the poles appear to be drifting off faster and in new directions? It's hard to say, exactly. So far, researchers believe that the poles have moved about 13 feet, which is noteworthy even if it doesn't sound like much. But it does not appear to be as pressing as some of the more immediate effects of climate change, like extreme weather events, rising sea levels, and the destruction of essential ecosystems.

Instead, the shifting poles are more of a curiosity and an important reminder of just how big of an impact humans truly have on the Earth. If we don't rein ourselves in, we could literally turn this planet on its head.