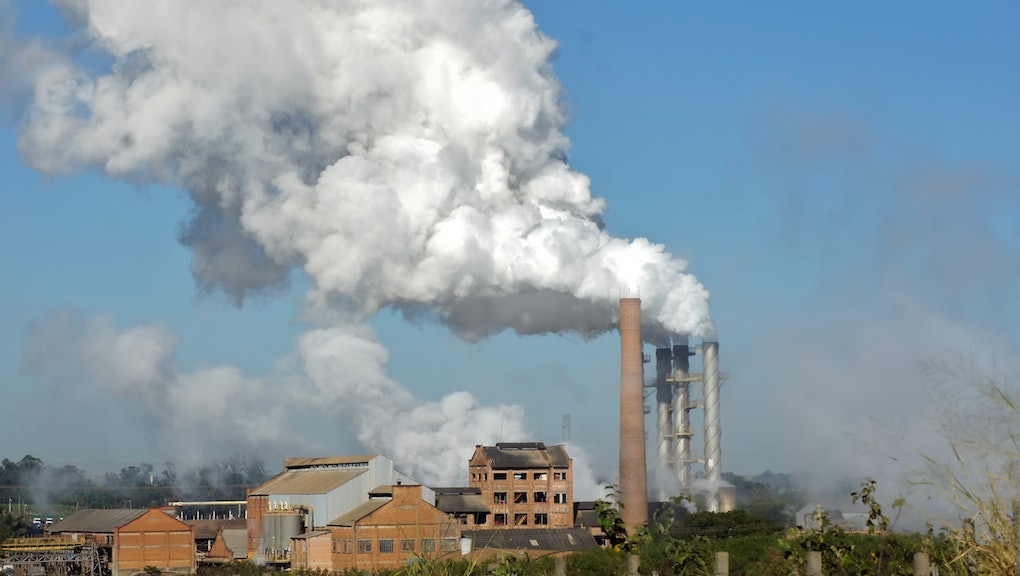 With millions of people around the world on lockdown because of the coronavirus, many countries have seen noticeable short-term improvements to their air and water quality. The quarantine took many cars off the road and shrunk the overall need for fossil fuels, which lowered levels of greenhouse gas emissions and led to visibly clearer skies around the world. But whatever gains those few months of shelter-at-home orders may have provided, they’re about to be wiped out. According to a report from NPR, companies across the US are trying to subvert environmental protections on the grounds that the pandemic has simply made it too hard to comply with rules that limit pollution.

As states have slowly started to open back up to something resembling business as usual, many companies have started to ask for the right to pollute. The burden to handle these requests has fallen entirely on the states, as the Environmental Protection Agency has decided to take an entirely hands-off approach to enforce its regulations. Back in March, as the United States started to take the coronavirus seriously, the EPA informed companies that it was effectively giving up on enforcing environmental protections. The agency informed businesses that it would not "seek penalties for noncompliance with routine monitoring and reporting obligations" and wouldn't even require companies to perform testing if the pandemic was interfering with the process. The EPA did not set an end date for when it would go back to enforcing the rules on the books, so states are now being inundated with requests from companies who want to continue polluting rather than comply with regulations that may cost them money.

According to NPR, the requests have been coming in by the hundreds. Waste management companies are looking for states to delay pollution monitoring requirements, oil and gas companies want states to cut back on requirements for monitoring storage tank leaks and measuring pollution levels from smokestacks, farms are asking to house more animals because the supply chains are operating slower than usual. What makes the requests particularly troubling, particularly for people living near these plants and facilities that are asking for permission to pollute and violate regulations, is that it isn't clear if the companies have simply been ignoring environmental protections for months when no one was looking. According to NPR, most states don't publish data indicating if a facility is failing to comply with environmental law — meaning it is entirely possible that citizens have been exposed to higher levels of pollution than usual without their knowledge.

The fact that the Trump administration hasn't been enforcing environmental protections is not particularly surprising, given that it has been Trump's mission to roll back as many regulations as possible since taking office. In fact, in the middle of the coronavirus pandemic, the EPA decided against strengthening a regulation that would limit emissions of industrial soot, which has been linked to increased air pollution and lung damage. But the lack of enforcement of existing rules, particularly during a pandemic, is especially troubling.

Researchers have found that higher air pollution is linked to more severe symptoms of coronavirus, including a higher likelihood of death. By choosing to simply suspend protections and allowing companies to pollute freely for months, the EPA may have put millions of Americans who live near polluting facilities at risk.

By failing to enforce environmental laws the Trump administration has now left it to the states to deal with the mess it created.

More like this
Google Earth's new Timelapse feature is a rude awakening for climate skeptics
By AJ Dellinger
The U.S. is spending millions to develop a nuke-powered spaceship
By AJ Dellinger
What cities will be most affected by climate change?
By Vanessa Taylor
Stay up to date