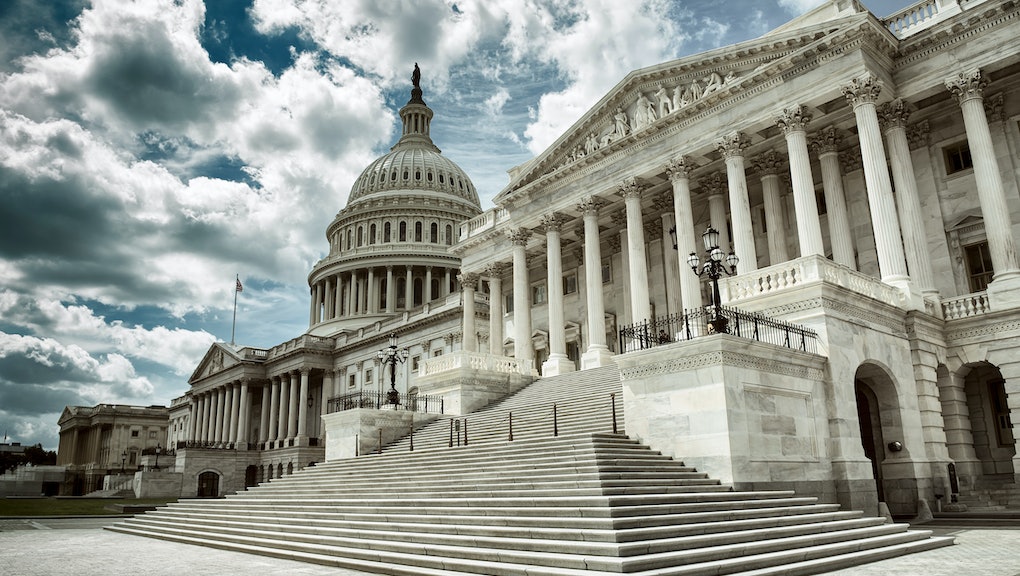 The coronavirus pandemic has been around for nearly a year. And yet, the federal government has failed to pass a relief package outside of the $2.2 trillion CARES Act in March. But now, lawmakers are finally coming together on a second coronavirus relief bill. However, it's missing one critical component that many Americans have been hoping to receive: another round of stimulus checks. With this omission, millions of Americans may continue to find themselves overburdened by the pandemic's economic impacts.

Last week, Congress reconvened for a brief two-week session, their last opportunity to pass a second relief package before going on holiday break. While talk of another coronavirus relief bill has been ongoing for months, a main point of contention between Democrats and Republicans was the cost. In May, the House of Representatives passed the $3 trillion HEROES Act, but the Republican-controlled Senate failed to pass it. CNN reported that Senate Majority Leader Mitch McConnell (R-Ky.) made it clear that his party is unlikely to pass a bill over $1 trillion.

Democrats were reportedly eyeing a relief package around $2 trillion at the minimum. But on Dec. 2, Democratic leaders backed a $908 billion stimulus proposal. In a joint op-ed published by The Washington Post, Sens. Mark Warner (D-Va.) and Susan Collins (R-Maine) wrote that the bipartisan package "would help Americans at least get through the next four months as vaccine manufacturing and distribution ramp up" and described it as a "common-sense compromise that includes the best ideas from both Republicans and Democrats and focuses on areas where there is consensus." Sen. Dick Durbin (D-Ill.), the Democratic whip, explained the lack of direct payments by saying "we were told we couldn't get anything through the Republicans, except this $900 billion level"; he estimated the stimulus checks cost $300 billion the first time around.

While the senators argue that this bill will help Americans get through the next four months, there are a few glaring issues. First, politicians seem to be over-relying on the potential of a vaccine to save America from the coronavirus pandemic. Most estimates say that a vaccine will be available to the general public by summer, and even then, its existence will not bring a magical end to this crisis because the pandemic's impacts will reverberate. After all, a vaccine doesn't solve any of the economic crises plaguing households nationwide, and communities most impacted may not even want to receive a vaccine thanks to generations of medical distrust fostered by abuse and mistreatment from the U.S. medical system.

Last month, 127 economists signed an open letter warning Congress that it needed to pass a second round of stimulus checks or "risk the damage to the economy lasting much longer than necessary, particularly for those at the bottom who have been hit the hardest." Among the hardest hit included communities of color. In September, a NPR poll found nearly half of U.S. households reported facing serious financial pain during the pandemic. And while only 36% of white respondents said they're facing serious financial problems, those numbers were much higher for Black (66%), Latino (72%), and Native American households (55%), showing how communities of color are disproportionately impacted.

In July, an Urban Institute study found that a second round of checks would keep 14 million people out of poverty. Luckily, there may be some hope for stimulus checks yet. On Friday, President-elect Joe Biden said he thought the plan would be better if it included $1,200 payments. He added, "I understand that may be still in play. But, I’m not going to comment on the specific details. The whole purpose of this is, we’ve got to make sure people aren’t thrown out of their apartments, lose their homes, are able to have unemployment insurance [that] they can continue to feed their families on as we grow back the economy." Senators argued that Biden could negotiate for direct relief after he takes office next year.

On one hand, it's still a little disheartening because even another round of one-time $1,200 payments may not be enough. Bills have been piling up for months. Even with funding for rent assistance and unemployment included in the bipartisan bill, people may be faced with tens of thousands of dollars in back-rent or other debts that no single program can help them address. But with the current compromise including absolutely no direct assistance, those $1,200 checks may be better than nothing.