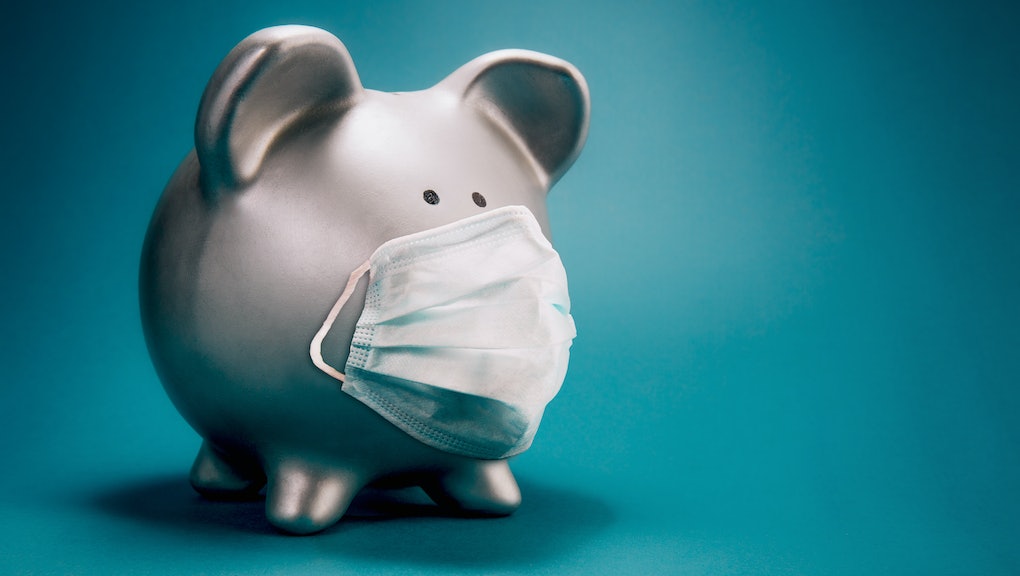 The United States is quickly coming up on a year of living under the coronavirus pandemic. While unemployment rates have recently fallen, there is no denying that many Americans are still suffering financially. And yet, the federal government has done little to offer assistance. Now, a group of economists are calling on Congress to offer a second round of stimulus checks. Without them, the economy may continue hemorrhaging long after the pandemic is over.

In March, the massive $2.2 trillion CARES Act included one-time stimulus checks of up to $1,200 per adult and $500 per child. These checks ended up going out to people at different times, and there are still some who have yet to receive any assistance. But early on, activists and some Democratic representatives began pushing for a second stimulus check. In June, Sen. Bernie Sanders (I-Vt.) tweeted, "Bills are piling up, rent is due, millions are jobless. A one-time $1,200 check won’t cut it."

There have been talks of a second coronavirus stimulus for months, but nothing concrete has happened. In response, 127 economists have signed an open letter organized by the Economic Security Project urging Congress to get it together. In it, the economists warned, "Unless policymakers act quickly to respond to the crisis at the scale necessary, we risk the damage to the economy lasting much longer than necessary, particularly for those at the bottom who have been hit the hardest."

The economists also pointed out that low-wage workers, women, and Black people are among the hardest hit by the pandemic. Coronavirus's devastating impact on Black communities in particular was seen pretty early on; in May, William M. Rodgers III, a labor economist and former chief economist at the U.S. Department of Labor during the Clinton administration, pointed out how economic history was simply repeating itself.

But as the pandemic progressed, more data began to emerge to illustrate just how uneven the economic impacts were. In September, a NPR poll found that found nearly half of U.S. households reported facing serious financial pain during the pandemic, with Black, Latino, and Native American households all disproportionately affected. Only 36% of white respondents said they're facing serious financial problems compared to 66% of Black households, 72% of Latino households, and 55% of Native American households.

When it arrived earlier this year, the one-time stimulus check was more than welcome. However, $1,200 isn't enough to get anybody through a year of a pandemic. In many cities, it's barely enough to cover one month of rent, let alone eight months of rent. And while jobs are being added to the economy again, it's complicated: First, many states reopened early, forcing workers to choose between a paycheck and their health as coronavirus was still a major risk when employees were being called back to work. With cases surging nationwide this month, that's unfortunately still the case. Even if there was no pandemic to think of, data in June showed that Black workers were being left out of the economic recovery.

In their letter, the economists cited an Urban Institute study from July that found that a second round of checks would keep 14 million people out of poverty. The economists wrote, "While the economy continues on the path to recovery, it's critical that we quickly implement a robust stimulus to help promote a sustained and racially equitable recovery and help families and businesses get back on their feet." But with Congress slow to act and consistently prioritizing partisan squabbling over the wellbeing of the American public, it's unclear whether this crucial aid will ever come.