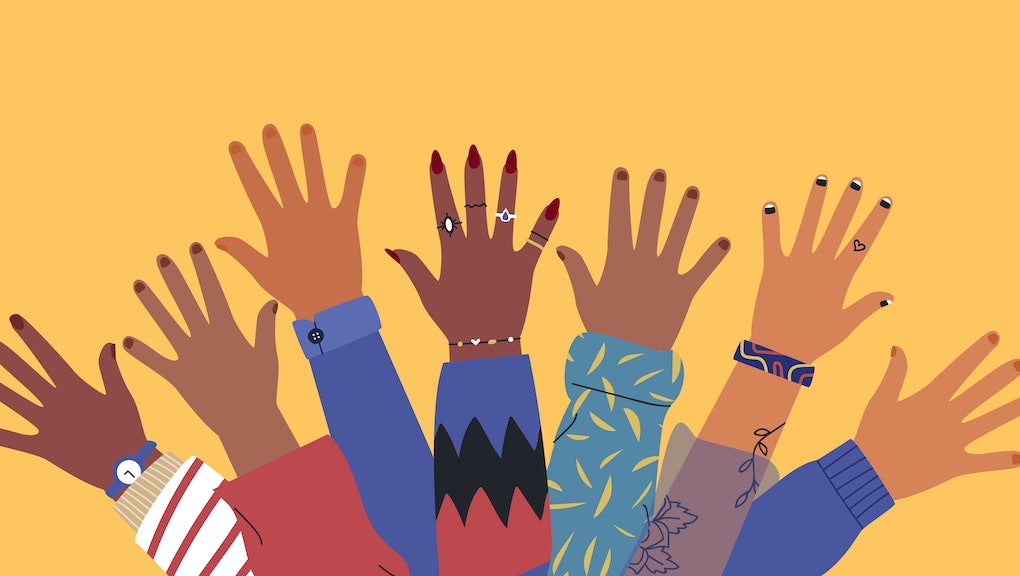 Diversity has become more of a buzzword than a set of values to be implemented at a high level. Consider Goldman Sachs’s recent announcement that they would not take companies public unless they have at least one “diverse person” on their executive board. There’s a number of issues with that pledge, but the main one is that a singular person cannot be “diverse.” The failure to understand what diversity means, and how to achieve it in substantial ways, plagues most industries. According to two recent studies, publishing and music are still struggling to meaningfully foster an environment where people of color, women, and people who identify as non-binary or members of the LGBTQ community feel equal.

Statistics regarding the publishing industry didn’t fare much better. According to a survey called the Diversity Baseline Survey (DBS), conducted by Lee & Low Books, which surveyed nearly 8,000 people, books aren’t any more diverse than music. At the executive level, 78% of people employed in publishing are white, 60% are cisgender women, and 82% are straight. At the editorial level, there’s even less inclusion — 85% of the editorial staff across the publishing industry are white. Between 2019 and the last time this study was conducted in 2015, there showed almost no change in the statistics.

The results from the DBS don’t seem promising, especially in a time when issues like the controversy surrounding American Dirt still exist. The author of the book, Jeanine Cummins, came under fire for the novel, which has been criticized as an exploitative and offensively stereotypical portrayal of the life of a Mexican immigrant. Cummins received a seven-figure deal for the book, which added to the conversation about who receives opportunities — financial and otherwise — in the literary world.

“Without a clear career path and the promise of opportunities for a bright future, retention will continue to be a serious problem, and the needle will not move,” the study stated.

Controversy about diversity and inclusion has also been making the headlines in the music industry. Tyler, The Creator won his first Grammy on Sunday night and his acceptance speech honed in on the exclusion that Black artists have traditionally faced by the academy. He called his award a “backhanded compliment,” and coupled with Billy Eilish’s four major category wins, and recent allegations made by a former Grammys executive, Köerner and Kladzyk’s study is a diagnosis for an industry-wide issue, including its top performers and institutions.

Kladzyk’s response to the results of her study provide sage wisdom: even though the state of creative industries is dismal, that doesn’t mean there’s nothing to be done.

“It’s not okay for people to passively accept the current state of the music industry if you work in it. I’m looking forward to being part of a whole big movement for changing it for the better,” Kladzyk told Adhoc.“I made a choice to approach talking about the music industry from the position of hope, but I certainly also feel dread if we don’t do anything about the very serious problems we face.”

More like this
The creators of MF DOOM tribute comic on his legacy: "DOOM is pop culture"
By William E. Ketchum III
How late night TV marked the Derek Chauvin verdict
By Kara Weisenstein
20 years later, Stacey Abrams's first romance novels are finally being rereleased
By Kara Weisenstein
Stay up to date